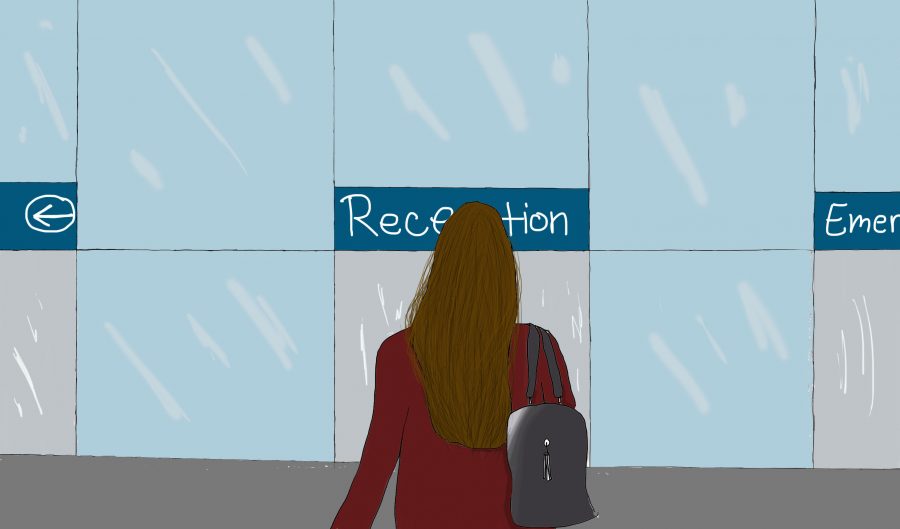 Abortion is a woman’s choice. She should be able to decide if and when she wants to become a mother and, above all else, have the right to do what she wants with her body. Terminating a pregnancy is a private and individual decision. The decision to bring a new life into the world is a serious decision that can change one’s life for the better or worse.

I am a 28-year-old Hispanic woman who grew up in a conservative Catholic home. Most girls brought up in traditional Mexican families are raised to believe that our lot in life is to grow up, get married and have babies. But things don’t always happen as planned. And in this is modern-day America, we should have many other options. 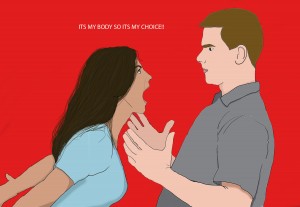 There are many reasons why abortion should remain legal nationwide. One reason, and probably the strongest, is that everyone—including every woman—should have the right to do what they want with their own body. As citizens, we are all guaranteed Constitutional liberties like freedom of speech and the right to pursue happiness. A woman should be able to decide whether abortion is right or wrong for herself. Taking away a woman’s choice to terminate a pregnancy is like taking away her right to choose what school she wants to go to, what profession she should choose, or what religion she should practice. It should remain a personal choice regardless of the opinion of others or different belief systems.

Democratic presidential candidate Hillary Clinton agreed that the 1973 Supreme Court case, Roe v. Wade, which made abortion legal nationally, should never be taken away. “Roe v. Wade is the touchstone of our reproductive freedom and no judge, governor, no senator, or president has the right to take it away,” Clinton said.

If abortion is made illegal, there will be dangerous consequences that put women’s health at risk. Historically, women have undergone abortion procedures whether they are legal or illegal. When abortions were illegal in the United States, it is estimated that anywhere from 200,000 to 1.2 million illegal abortions were performed during the 1950s and 1960s. An estimated 5,000 women died annually from unsafe, illegal abortions being performed before Roe v. Wade.  At the conclusion of this case, it was ruled that a right to privacy under the 14th Amendment extended to allowing a woman the right to abortion and to do what she willed with her body.

Today, abortion is a very common and low-risk procedure in the United States. The death rate for the procedure today is one in 100,000 if done properly within the first trimester. Risks increase slightly as pregnancy prolongs.  History also shows that it is much safer for abortion to be legal. When abortion is illegal, women have to resort to alternative and life-threatening actions known as “backyard” abortions. It is very dangerous whether self-induced or performed by a doctor who does not provide post-care because it is not allowed. One of the most known methods of the backyard abortion is using a sharp object to puncture the amniotic sack, like a straightened clothes hanger. This can cause infection that can lead to death. Other women seek out illegal drugs that are not monitored by a physician, which can also lead to life-threatening complications as well. Women should not have to seek out dangerous methods that endanger their lives because someone else is deciding what they are allowed to do with their bodies. They should have the right to choose and not be judged for it.

An unplanned pregnancy can also be a result of rape. A rape victim should have the option to terminate the fetus if that is her will. A traumatic event like rape can emotionally and psychologically scar a woman, and she should have the option of not wanting to reproduce from that traumatizing event. Rape statistics are staggering. The Rape, Abuse, and Incest National Network Organization reported, “One out of every six American women has been the victim of an attempted or completed rape in her lifetime.” The organization also estimates children conceived from rape each year in the United State might range from 7,750-12,500.  These statistics cannot go unnoticed. No woman should have to carry a fetus full term as a constant reminder of how the baby was conceived.

RAINN also reported that women develop issues after a violent experience like rape. About 94 percent of women who are raped develop or experience PTSD symptoms and 33 percent think about and contemplate suicide. Carrying and bringing a child into the world when a mother is experiencing thoughts of suicide is not an ideal environment for a child. Having a baby should be a happy experience for both a mother and baby.

It is a natural right for women to do what they want with their bodies regardless if it is considered unethical or wrong to someone else. Some women grow up wanting to be mothers, while others want to grow up wanting to focus on their careers and do not wish to be mothers. Pregnancies sometimes come unexpectedly and some are a product of traumatic experience. Regardless of how it happens, I should have the voice and the choice to decide what I do with my body.