What Is the Purpose of the Electoral College? 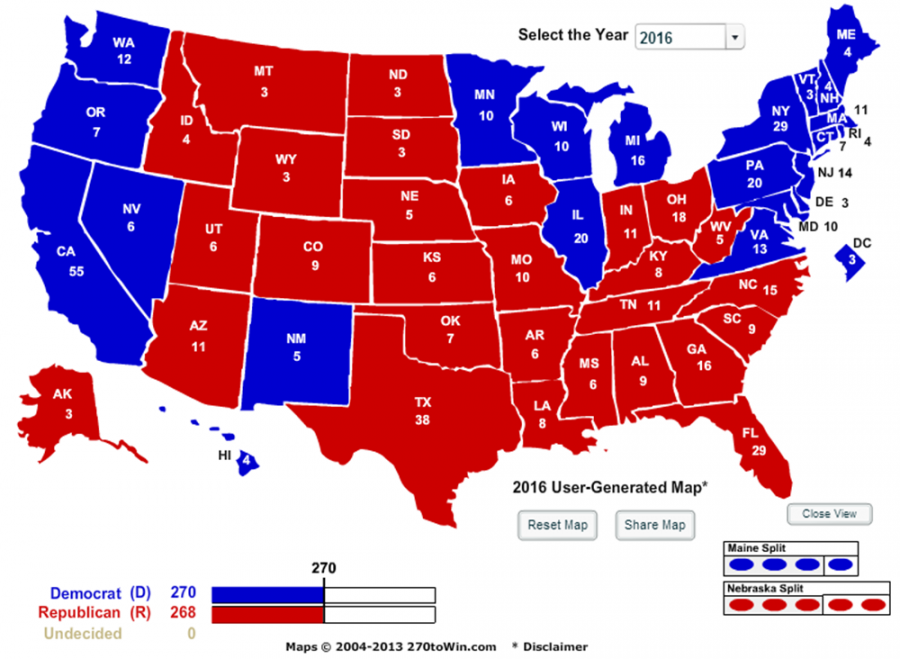 The electoral college has been around since the inception of our country, before any political parties were established. The Founding Fathers wanted a way to elect a clear leader within a group of 13 large and small states of 4 million Americans. At the time, campaigning for office was seen as not gentlemanlike; the saying was, “The office should seek the man, the man should not seek the office.”

They feared that the states with the most voters would always elect their own “favorite son.” Ultimately, they decided that each state’s allocated number of votes would be equal to the number of senators and representatives in its congressional delegation and adjusts with each census.

In today’s society, voters are more tuned in than ever. We are berated with tainted campaign ads and biased news coverage of increasingly ugly presidential races that last over a year and a half. Our two-party system has also made narrowing down the decision incredibly efficient for Americans. So, in an America where every election comes down to two distinct candidates by people who are informed about the candidates, I don’t understand what purpose the electoral college serves.

The current electoral system is flawed and imbalanced. California, for example, is the most populous state in the nation with 38.8 million people and 55 electoral votes. Wyoming, on the other hand, has a population of just 736,732 and three electoral votes. That means that a person’s vote in Wyoming counts more than a person’s vote in California, which is why the popular vote is different than the electoral vote. Because of this, the presidential election doesn’t always reflect the majority.
This was exemplified in the last election. Hillary Clinton had roughly 2 million more votes than Donald Trump, yet she lost the electoral vote.

However, simply adjusting the number of electoral votes to more effectively represent the population would be pointless. The electoral college would then be redundant of the popular vote, so it might as well be removed.

I believe that if this country wants to have a fair and effective electoral process, then it must get rid of the electoral college and make the popular vote the deciding factor. The current system is antiquated and fails to reflect the wants of today’s society. Eliminating this process would remedy this as well as give every person’s vote equal weight.