Lady Mounties And the Quest for Eight 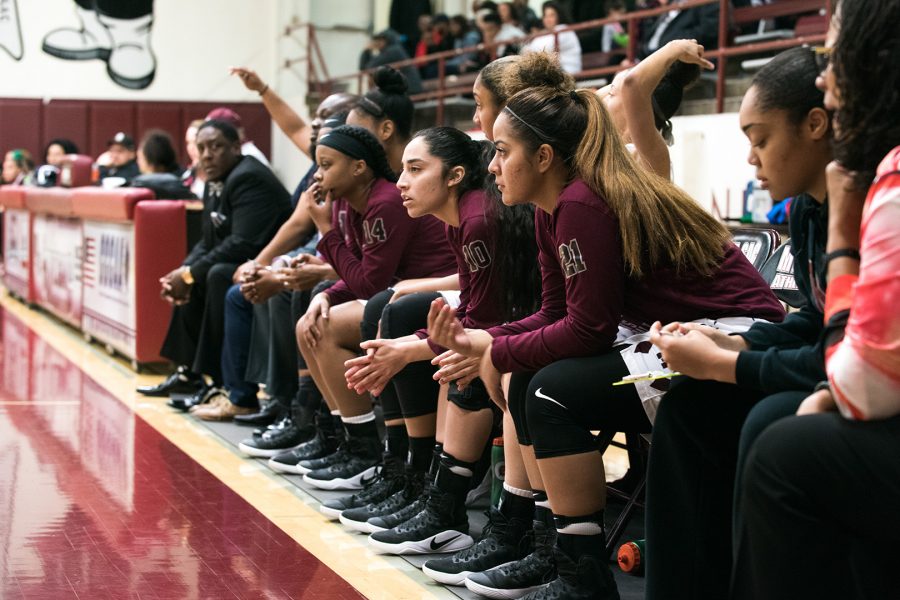 The Mounties have achieved incredible success in women’s basketball throughout their history, amassing a record seven state titles (tied with Ventura College for most). They entered this season’s playoffs looking to repeat as state champions after winning it all last year. Though you shouldn’t mention that to their coach and team, they’ll quickly deflect by saying this is a new team and new year.

What hasn’t changed is the results — the lady Mounties had 28 wins and two losses in the regular season. This season saw seven players earn All-South Coast Conference (SCC) Honors, with Dominique McLaughlin winning freshmen of the year. A well-oiled machine, Mt SAC entered a second-round regional game in the CCCAA tournament with championship aspirations.

Mt. SAC women’s basketball kicked off their first game of the post-season with a win Saturday night against the Antelope Valley Marauders (16–13). The Mounties —  once again the number one seed in the California Community College Athletic Association (CCCAA) Southern California Regional Playoffs —  dominated the first half. They held Antelope Valley to just 16 points and had a 45–16 first-half lead.

The Mounties dominated from start to finish, which is more common than abnormal for this juggernaut. Sophomore guard Caira Benton (All SCC first-team), led the team with 13 points and 10 rebounds. Freshman guard Dominique McLaughlin scored 11 points and led the team with 5 assists. Both put on good performances, but overall the team played in harmony with 16 total assists and 56 team rebounds. The final score was an emphatic 69–42, a sign that the march towards a state title continues.

After the game, head coach Brian Crichlow elaborated on his teams’ ability to make it far into post season play. “Every team in the state of California, their goal is to get to the state championships. I don’t think our goals are any different than the next team, we are just fortunate enough to have a more realistic goal of getting there because we’ve had some good teams.”

When asked if it’s difficult to start over with a new group of girls every year Crichlow replied, “We’ve got nine new girls. So, it’s teaching nine new girls, with the help of those five girls from last year, how to get to each phase; how you get through conference, how you get to play-offs, how you get to the championship.” In his seventh season as head coach for Mt. SAC, coach Crichlow has overseen many talented and accomplished rosters so his words carry weight.

Dominique McLaughlin, who is one of those new girls described what is takes to be a student-athlete, saying: “You’ve got to stay disciplined and have good time management. If it’s something you really want to do, you’ve got to put your mind and your heart to it. just stick to, don’t let distraction get in the way.”

The Mounties advanced to the third round of the C.C.C.A.A. Southern California Regional Playoffs with their win over Antelope Valley and will be taking on the Mt. San Jacinto Eagles (25–4) next Saturday at 7 p.m.