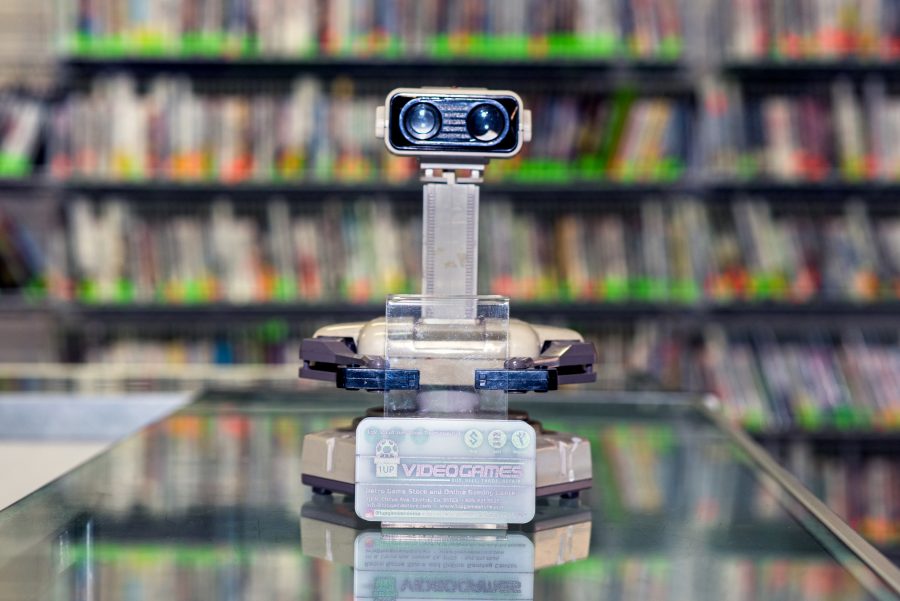 On display at the video store. Photo by Steve Everett.

Video game hardware moves on, as all technology does. Graphics get better, worlds get larger, stories get grander, and features get more plentiful. But no matter how far technology gets, older devices still have an audience. Some people still use CRT TVs, for example. For video games, though, the market for old games and hardware is not only still existent; it’s rather large.

Unfortunately, it is a bit inconvenient as they can be difficult to track down. Most times, these vintage items can only be found in pawn shops, flea markets, county fairs, or online shopping/auction sites. As a result of this, it can even become difficult to sell off excess games that a person doesn’t want anymore.

For all those physical locations, travel costs add to the headache of selling off excess games. As for online, shipping costs become an extra chore.
Of course, to truly devoted gamers, this is all worth it. Even so, that goes only so far.

For Lopez, whose game collection had grown too big to trim down to a manageable size, opening a store was a natural transition. And what better place than Downtown Covina to start such a store? Covina is close to his own home, which eliminated the need to commute, and the local gamer population is rather big. The pleasing sight of the “for lease” sign in the window of the empty store opposite the Covina Playhouse, as well as a well-mannered landlord of the property, was enough to convince him that this was the right location to start up 1up Videogames.

Its humble beginnings as a store that sells and buys old and new games eventually added hardware repair and game repair to its repertoire. As is expected of a video game store manager, Lopez is a gamer himself. As evidenced by the gameplay sounds that can occasionally be heard from the back of the store (particularly the ever-familiar shout of “K.O.!” from “Street Fighter IV”), he’s partial to the fighting genre.

His favorite console is the Nintendo Entertainment System.

“NES is my [favorite] console because, to me, that’s when the Golden Age of gaming began,” Lopez said. “Gaming was in a terrible state before Nintendo came in with a standard for games. They laid the groundwork for the gaming industry. Without Nintendo, gaming could have possibly died.”

Even to this day, the NES is a console that’s widely remembered and collected. Many of these can be found at 1up Videogames, as well as most everything that followed, and even some that preceded. There are plans in place to open a gaming center for clientele to socialize and play games together, whether it be cooperative or competitive. Plans for this are currently tentative, though Lopez hopes for it to be open it before the end of the year.