US Drops “Mother of All Bombs” 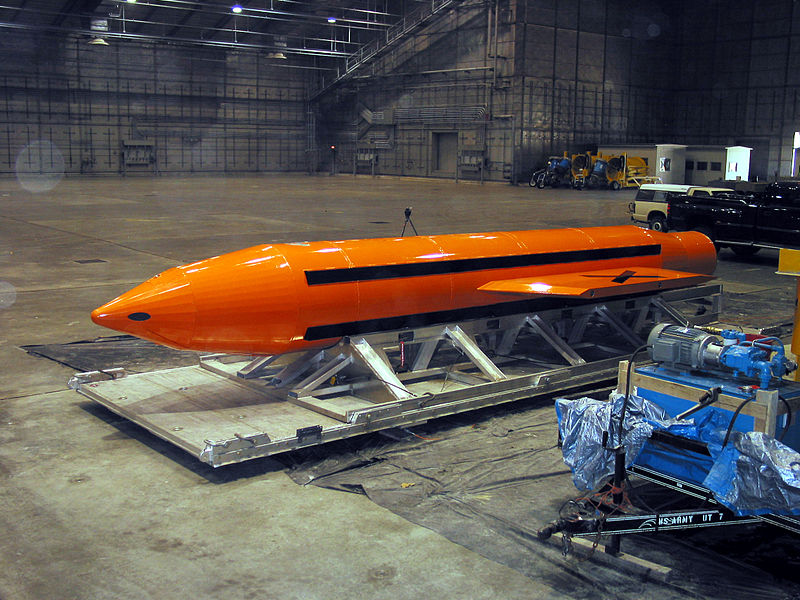 The Pentagon announced Thursday that U.S. forces dropped a MOAB, or “mother of all bombs,” on an Islamic State target in Eastern Afghanistan- on the Achin district of Nangarhar province- killing 39 ISIS militants within three underground tunnels.

The MOAB, officially known as GBU-43, weighs over ten tons (22,000 pounds) and has never before been used in combat. Other previous bombs of common use weigh at the most only 1 ton in comparison.

The bomb is now the largest ever non-nuclear bomb used against adversaries of the U.S. and was dropped at 7:32 p.m. local time Thursday.

No civilians have been reported hurt by the blast.

“U.S. Forces took every precaution to avoid civilian casualties with this strike,” the Pentagon included in its statement.

This marks the second high-profile strike by the United States within a week. Thursday’s strike followed Thursday’s attack on a Syrian airfield using tomahawk missiles – a response to chemical weapon use on civilians that was attributed to the Assad regime.

A spokesman for U.S. forces in Afghanistan, Navy Capt. Bill Salvin, told the Associated Press that ISIS had only 800 fighters left, spread between two provinces, as opposed to the 3,000 plus fighters the group had during its peak in the country. Capt. Salvin added that the group has lost over half of its territory in the region.

Officials said that the impact zone was more than a mile wide.

President Donald Trump called the massive strike a “very, very successful mission,” though the President was not the one who ordered the use of the MOAB.

The bomb was ordered by the U.S. commander in Afghanistan, Gen. John Nicholson, who had the authority to do so even before the current administration.

“As [ISIS’] losses have mounted, they are using IEDs, bunkers, and tunnels to thicken their defense,” Nicholson said Thursday. “This is the right munition to reduce these obstacles and maintain the momentum of our offensive against [ISIS].”