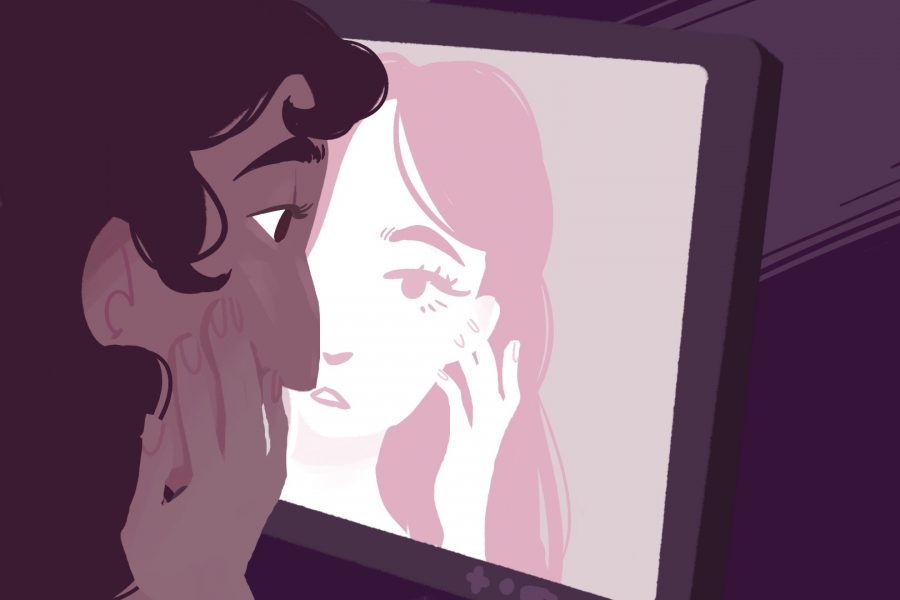 In the hustle and bustle of old Hollywood streets, the dreams are as diverse as the people. Still, it seems time has done little to convince Hollywood that diversity not only does sell, but that it also matters.

For people of color, seeing versions of ourselves on screen in non-stereotyped, non-villainized roles is a rare and cherished commodity. Often times, we’re pigeon-holed and pushed into secondary roles behind, and often beneath, white people. Black people are portrayed as thugs, Latinos are drug dealers, Asians are fetishized. Non-white ethnicities are generalized and many are left out altogether.

This stigmatization plays a huge role in how society views and treats people of color in the real world. Racist connotations enforce racist perceptions. A Huffington Post article stated that on screen representation can serve as “experiences audience members haven’t actually lived, shaping their views on people of color and women ― and shaping the way those people view themselves.”

A PBS article reported 73.1 percent of all characters in the top 100 films of 2014 were white. Even more recently, a 2016 USC study showed great disproportion across the board and called the issue an “epidemic of invisibility that points to a lack of inclusivity across [film and TV],” according to one of the study’s authors.

While we are definitely seeing some rise in diversity with films like ‘Moonlight’ and ‘Rogue One’ and television shows like ‘Fresh Off the Boat’ and ‘Brooklyn Nine-Nine,’ there remains a disproportionate gap between the casting of white and non-white actors.

The need to put a wider range of faces and backgrounds in visual media is imperative to bettering society and the individuals that comprise it. Seeing ourselves and our stories reflected on screen creates a sense of identity and inclusion in a society that predominately makes us feel like outcasts.

As a Latina raised by an immigrant mother, it was always difficult to see myself and my own experiences reflected back at me. At a young age, I would latch onto characters like Maria on ‘Sesame Street’ and Ricky Ricardo on ‘I Love Lucy.’ Seeing Latin characters, who spoke in a way familiar to me, gave me a sense of pride and relatability. It gave me a sense of belonging.

Whether we realize it or not, fiction imbeds itself into our real world just as our world is imbedded into fiction. It can act as a mirror and a guide to humanity.

In a speech addressing British Parliament, actor Riz Ahmed said, “…it’s sometimes the most fantastical and unrealistic stories that make the biggest impact. But even in those stories, what people are looking for is the message that they belong. That they’re part of something. That they are seen, and heard, and that despite, or perhaps because of the uniqueness of their experience, they are valued. They want to feel represented.”

Part of that representation can easily be achieved if Hollywood were to respect the source materials when creating adaptations. These films may be doing a lot right in terms of visuals and the acting may be great, but Hollywood’s incessant need to whitewash certain characters is laced with racist undertones. The artistic and narrative integrity of a work won’t be diminished simply by casting people of color, and if simply having an a-list, white lead is the selling point, well, maybe try a little harder.

The act of whitewashing is nothing new in Hollywood. A Huffington Post article showed just a handful of the disgraceful, whitewashed depictions of people of color from Hollywood’s earliest years. Mickey Rooney’s yellow-face in ‘Breakfast at Tiffany’s’ and Liz Taylor as Cleopatra are just a couple of examples of Hollywood’s long history of blackface, brownface, yellowface, and other forms of whitewashing, and how they portray minorities show deeply ingrained racism that is reinforced with every viewing.

Whitewashing thrives as blatantly–and dismissed–as ever. Johnny Depp’s under-researched portrayal of Native American character, Tonto in ‘The Lone Ranger’; Rooney Mara’s Tiger Lily in Pan; Emma Stone playing a Chinese-Hawaiian character in ‘Aloha’; the entirety of ‘Gods of Egypt.’ Hollywood is still filled with many examples of whitewashing.

Most recently, Tilda Swinton as the Ancient One in ‘Doctor Strange’ and Scarlett Johansson in the adaptation of Japanese series ‘Ghost in the Shell’ have garnered criticism for the films’ choices to cast white characters as originally Asian characters. Ghost in the Shell even caused a huge social media surge of memes that used their own marketing campaign against them when they allowed people to generate posters with custom images and text after “I am–.” Critics of the casting used it to call out issues like whitewashing and white feminism with phrases like “I am oblivious to my white privilege.” over a photo of Johansson.

This criticism, for some, is easily swept under a rug of conformity, but while the issue may not directly influence them, it doesn’t mean it should be ignored. There are too many people who are affected– who directly face different levels of discrimination– for it to not matter.

A fellow Latino recently told me that they don’t feel this is an issue. “If it’s aimed at an American audience, let them be white,” he said. As if Asian-Americans don’t exist. As if white is the default. Perhaps it may not seem like an issue to some people, but for many non-white actors who’ve had to deal with not having the same opportunities, it is.

Not only does whitewashing have deeply painful, racist connotations, but people of color are growing tired of having the depth of our narratives get watered down and commodified to suit white people.

It is not only a disservice to the original narrative, but also blatant erasure of real life people. Not using people of color, and replacing POC characters with white actors especially, is a clue into what Hollywood deems as valuable. The excuses for the continuous ignorance, attempting to silence the points made by the minorities calling them out, are tiresome and irrelevant.

Not all experiences are universal, which is sometimes another defense for whitewashing. Regardless of our ability to empathize, there are experiences unique to a person or group, and to dismiss criticism and blanket the depth of a story as “universal” can often be a dismissal of the people behind that experience itself. Hollywood can make great use of the diversity of actors available in order to strengthen the stories they tell and bring more depth into their characters.

Characters and stories may be fictional, but they play a very deep role in all of us. The universes we experience on screen reflect more of us than we can imagine, and to be able to connect on a level with what we are watching is the core magic of cinema.

Hollywood needs to buck up, admit to its long history of whitewashing, and learn that diversity is a good thing. White actors need to learn to deny roles that should go to people of color. It’s not about completely eliminating white actors from screens, it’s about giving people of color a voice and the equal opportunity to tell compelling stories. It’s about affirming to little children of color, and even adults who grew up without that representation, that they exist and that their stories deserve to be told, too. It’s about amending the disparaging numbers between white and non-white actors on screen.

There’s a huge gap rooted in racism that needs filling and repairing. Start honoring the stories and the real people rather than pandering to the Eurocentric ideals so grossly imbedded into our society. Trust me, Hollywood, non-white actors exist and they want to work, so take off that white blind-fold and start looking at what the world really looks like beyond your white-centric scope. Start giving a shit. Stop whitewashing.