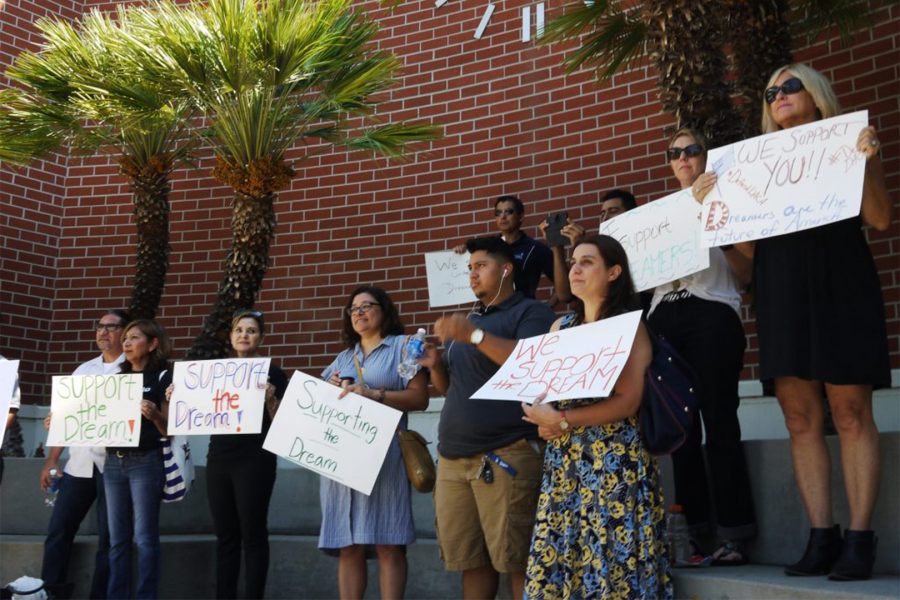 On Tuesday, Sept. 5, the Trump administration announced the end of the Deferred Action for Childhood Arrivals, also known as DACA. However, many may not know what DACA actually does or didn’t even know what the acronym stood for before reading this. Yet many people you know may in fact be a DACA recipient and the end of program may mean them leaving your life and the United States. So let’s run down what’s happening and what the program does for 800,000 people as we cover DACA for dummies.

To understand what DACA means let’s break it down into two parts, the “DA” which is what it does, and the “CA” which is who it affects.

Not everyone was automatically protected under DACA. People who met the criteria had to apply and then reapply every two years. As well they had to be currently in school, honorably discharged from the armed forces or have received a high school diploma or a GED. Lastly they also could not have been convicted of a felony or serious misdemeanors.

As for the “DA” part of DACA it stands for deferred action which means that under DACA federal immigration authorities would not take action to deport childhood arrivals who were protected by DACA. As well DACA allowed childhood arrivals to get a work permit, legally drive and receive permission from the Department of Homeland Security to travel abroad.

DACA was started by then President Obama on June 15, 2012 after congress failed to pass the DREAM Act which would have provided a path to legal status for the undocumented childhood arrivals.

While both DACA and the DREAM Act share a similar goal of protecting undocumented youths, and DACA recipients are sometimes called DREAMers, the two should not be confused as one in the same. DACA did not provide a permanent legislative fix to protect childhood arrivals.

Now that Trump has ended DACA the Department of Homeland Security will no longer accept new DACA applications and will no longer grant permission to travel abroad. As well DACA recipients whose current issuance ends by March 5, 2018 have until Oct. 5, 2017 to reapply for DACA. That leaves six months for congress to pass a legislative fix with Democrats pushing for the DREAM Act and Republicans mixed on the issue.