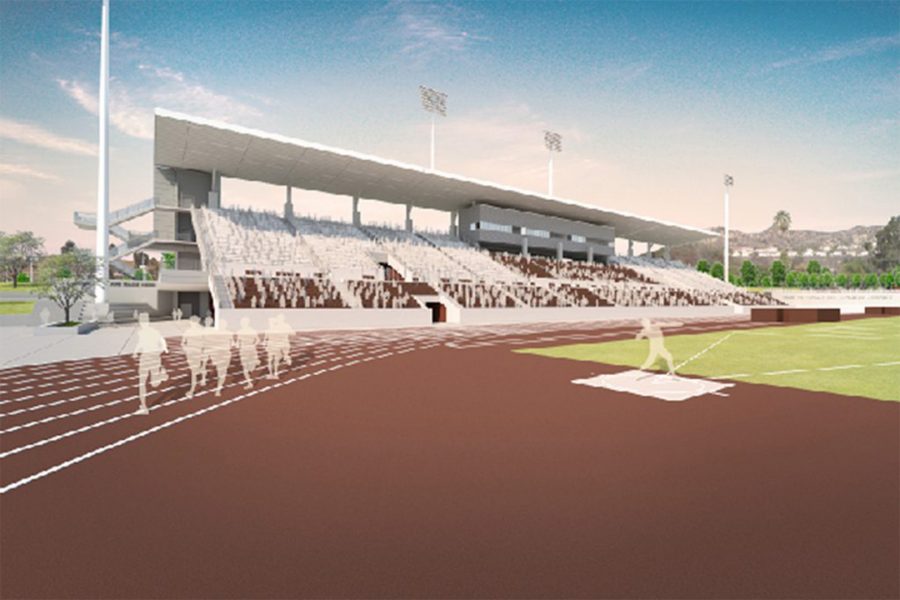 On Sept. 11, the City of Walnut filed a lawsuit against Mt. SAC in the Los Angeles Superior Court seeking to invalidate contracts the Mt. SAC Board of Trustees recently approved for construction of a new Hilmer Lodge Stadium and additional athletic facilities. The lawsuit claims that Mt. SAC’s environmental analysis was inadequate and didn’t accurately analyze air pollution and the effect on local residents for future uses. President Bill Scroggins said that the school board is completing a supplementary environmental review that includes recent developments such as new traffic lights at the intersection of Temple Avenue and University Drive near iPoly High.

The $64 million construction project is already underway with the old Hilmer Lodge Stadium already demolished. The new stadium and additional facilities was part of the reasoning Mt. SAC was awarded the 2020 Olympic trials earlier this year. Many of the aspects of the construction project were aimed to bring the site up to Olympic quality in order to be awarded the hosting duties for the 2020 Olympic trials. Now delays caused by the lawsuit put Mt. SAC in jeopardy of losing their responsibilities to host the Olympic trials.

The lawsuit comes from the city claiming that the stadium is not an educational facility and thus is subject to city zoning laws.

“It includes not just the stadium itself but a three-story building that will be behind the west bleachers that includes classrooms and meeting rooms and offices to conduct the athletic program,” Scroggins said. “The city contends that the project is not an education facility and thus is subject to city zoning requirements.”

Scroggins added that since the city has filed the lawsuit, Walnut is not giving Mt. SAC permission to move dirt from the construction site in order to grade it.

Scroggins said that he hopes the school would be able to come to an agreement with the city or have the issue be quickly settled in court.