Leap! a Worthwhile but Formulaic Experience 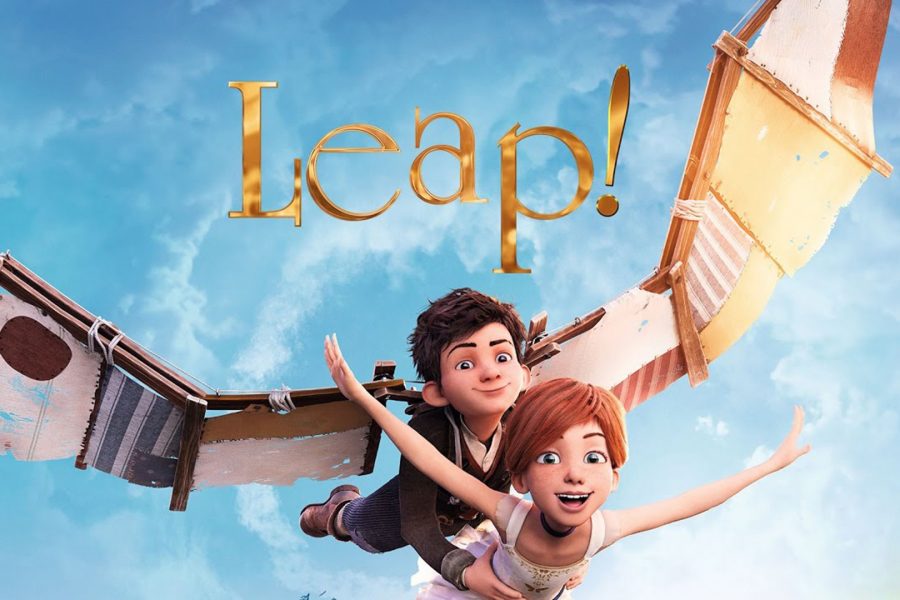 Leap! (as it’s known in America) is formulaic. It is clichéd. It’s even somewhat predictable. The result? A movie that’s… actually not as bad as this all sounds. It’s not spectacular or even great, but it is worth seeing still.

This is a movie about an orphan named Félicie Milliner who wants to be a ballet dancer (made clear by the movie’s original title of Ballerina). Along with her friend Victor, who wishes to be an inventor, the two escape from their orphanage in Brittany to go to Paris to achieve their dreams. While Victor works the job he gets as Gustave Eiffel’s office boy, Félicie enrolls in the Paris Opera Ballet, assuming the identity of Camille Le Haut, whom she had an unpleasant run-in with earlier in the day. Under the tutelage of Odette, Félicie steadily improves her dancing and gains a fighting chance to gain a role in the upcoming Nutcracker ballet, even when her cover is eventually blown.

What makes this movie formulaic is the flow of the movie’s plot. It’s a standard “believe in yourself” message, as all of Odette’s training exercises serve as reinforcement of that point. Victor is generally the “quirky awkward inventor” kind of character cliché, and Guatave Eiffel is portrayed as much the same. Victor’s inventions hardly work until an important moment the plot calls for. Standard stuff. The orphanage the leads escape from is a standard dream-crushing environment similar to the same seen in lots of fiction. Louis Mérante is a standard strict-but-willing-to-give-a-chance teacher. Even the film’s villain Régine Le Haut is a standard stage mom-type of character. The one character who isn’t standard and formulaic is Camille, though not for the entire movie. For most of it, she’s the standard bully character, but upon losing the Nutcracker role to Félicie and hearing her explain her passion for dancing, suddenly gains a new layer to her character. Upon realizing that she’s only a talented dancer because her mother wanted her to be, she suddenly becomes the most memorable character of the movie.

The animation is not quite Pixar or Disney in terms of sheer spectacle and detail, but it still looks amazing. The settings are great to look at, and the character movement is impressive. The best part of the movie uses both setting and character animation to its fullest: the dance-off between Félicie and Camille that gets the former into the Nutcracker ballet.

The acting quality is inconsistent. Some characters sound better than others, and there’s some awkward dialogue writing in certain sections. The inconsistent acting quality might be because of the fact that the American release has some different cast members than the English version that was released in Canada in 2016. Nat Wolff, Mel Brooks, and Kate McKinnon are not in the Canadian-English release of the movie (for reference, the movie’s original language is French, as it’s a French-Canadian production). Wolff replaces Dane DeHaan as Victor, Mel Brooks is M. Luteau instead of the original actor whose identity is unknown, and Kate McKinnon replaces Julie Khaner as Régine Le Haut and Bronwen Mantel as the Mother Superior of the orphanage.

So, despite all this, what makes this movie worth seeing? Well, even though it is very formulaic, it still has a charm and likability to it. Nobody other than villainous characters are unlikable for their clichés or anything else. It’s also got a great setting and animation quality to it. It may not be amazing overall, but it is good enough for a viewing with the family.