Skateboarding With a Purpose 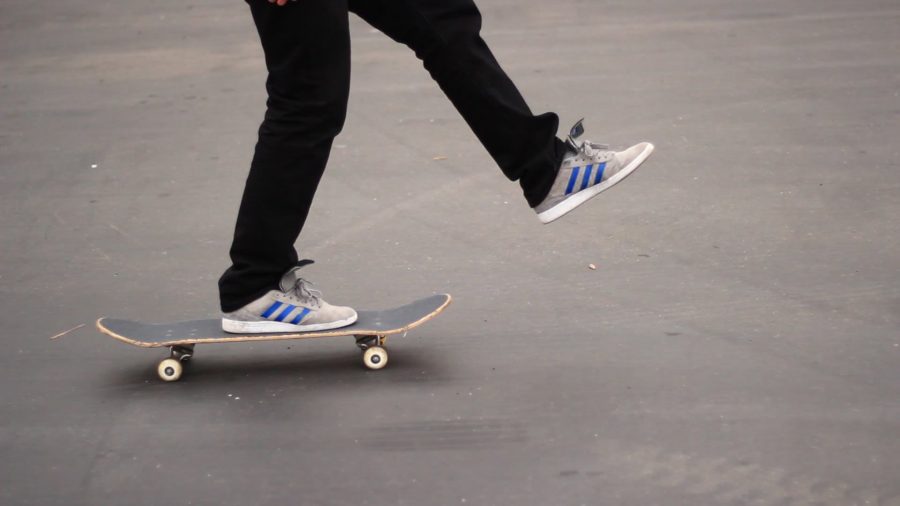 Six years ago a young Californian and self-identified ‘skate rat’ decided that his lifelong hobby should transition into something a little more meaningful than the usual practice of private property defiance. Adam Grijalva, who was then 19, had been skateboarding every moment that he had free along with some of his best friends from high school. It was around this time that Grijalva decided to create a non-profit skate organization that would promote inclusion for people with disabilities- The Skate Connection, a federal non-profit based out of Rowland Heights.

“Before The Skate Connection was an institution it was just me and my buds skating already with our friend who had a disability in high school,” said Grijalva. “We were around 19 and everyday was skateboarding. In school a couple of us were in ‘Best Buddies’, where they’d buddy-up general ed students and special ed. Those relationships we created in high school were really meaningful to us.”

Grijalva and his friends decided that if there was any way they knew of how connect those they cared about with others and society, it would be the one thing they couldn’t bare not to do on the daily- getting on the grip tape and out to the day’s skate spots.

With the help of a friend that he was connected to through a job at Rowland Unified School District, Grijalva was able to set up The Skate Connection into what it is today.

“I’ve been a skate rat since seventh grad., I’m 25 now and it never slowed down. It takes over you. I see it like a relationship, like any, you get really infatuated.”

Zane Samarasinghe has been involved with the group since the very beginning and speaks on The Skate Connection’s vital role in his pursuit of a noble career.

“Adam brought up the idea of merging skateboarding and our involvement in the special needs community. This gave us a way to share what we loved most with the people we love. Now, after 6 years of being with The Skate Connection, I’ve gained so much experience in this field, which helped me get my foot in the door at Rowland Unified School District working with kids with disabilities.”

Grijalva and others within The Skate Connection host skate sessions, skate clinics, and even a larger skate camp that can take place up to three days and includes other fun activities such as water balloons and skate deck paintings. The more common skate sessions usually consist of the group finding an open space, like a park, where they can set up a few ramps – kickers and quarters- after announcing their location over Facebook and before beginning to pop, flip and grind.

The events are free and anyone who would like to go or take their child can do so easily by following The Skate Connection over their social media.

“The idea was getting some dudes out to go skating, but we soon realized it was hard,” Adam laughs, seemingly pondering the difficulty of starting an official organization so young. “By the fifth month we decided to throw a skate clinic- where we provide the opportunity for people with or without disabilities to skate together. We get an empty lot or park- we’ve done some schools- and we bring the ramps and try to foster a really cool, friendly environment. As much as it helps people with disabilities, it really helps those without- softening them up.”

The Skate Connection group meets up once a week to discuss potential events and the organization as a whole as well as where it’s headed and who it can possibly include. The non-profit is firm in its principle of not excluding any particular disability, and is sure in its goal of trying to include anyone who is interested in legitimate skate camaraderie.

“We promote inclusion for people with disabilities- intellectual, developmental, and we try not to exclude a disability, we want to include as many as possible,” Grijalva said confidently. “I feel like skateboarding really purifies people. People with disabilities purify it by stripping all the ego out and bringing the enjoyment and bonds. We also collaborate with other organizations. We’re not about building those walls from others who are involved in the same work, not only because it’s tough by ourselves, but we want to build bridges too.”

The Skate Connection members emphasize the idea that the experience of skateboarding is unlike anything else that you can do similarly- almost available to do anywhere and for such little cost. Their expression for skateboarding as a love and passion is obvious upon the first time engaging with them.

“People view skateboarders as outcasts,” said Samarasinghe.  “I think it’s important for people to know what our general mission is, and that’s promoting inclusion through skateboarding. Not many people understand the bond that skateboarding friends have, and we want to share that with others that can also be labeled as outcasts in society. We want to include everyone and share our love of skateboarding with everyone.”

Adam reiterates the bond that skating has brought into his life as well.

“Skateboarding taught me to not really listen to people- and I think it goes well with people with disabilities as a contrast to what they’re used to. Skating teaches you how to fall, which when I say fall I’ll say fail also, and they never really get the opportunity to fail. If you can’t fail how are you going to grow? Skateboarding provides this opportunity and taught myself this and so much, it’s been one of my greatest teachers. It really builds you up man.”

The Skate Connection has had a good amount of success in recent years of bringing people together to enjoy an environment of skate hype, learning, as well as pure enjoyment. Their activities can be anticipated and followed either from their website or their Instagram and Facebook pages. Skate sessions and clinics take place in a variety of Southern California locations, usually around their base city of Rowland Heights, but have even reached out to Los Angeles cities like Compton.

The passion and expertise of those involved with The Skate Connection is intense and eager, and any with a loved one who has a disability and an interest in the most exciting of past times- skating with others- is encouraged to come along for the ride and grind.

“I have parents that run into me at my job and tell me that their kid looks up to me and my skateboarding and that I’m their role model,” said Samarasinghe.  “It’s such an amazing feeling knowing that sharing my love for skateboarding has such a huge impact on the lives of others.”

“You’re not going to enhance someone’s life by just helping them, rather you’re going to enhance their life by being next to them,” Grijalva said. “If you’re gonna help somebody and you can’t see yourself in them, it really doesn’t mean much, it’s a very shallow thing. Instead you see them, and you see yourself- we have the same problems- you have to identify with them. If you feel like you’re helping them and being their ‘savior’ it gets sort of dangerous. I think more of when you spend time with someone and you become someone’s friend, it changes both of you.”