Men’s Soccer Beats Number One Team in The Nation 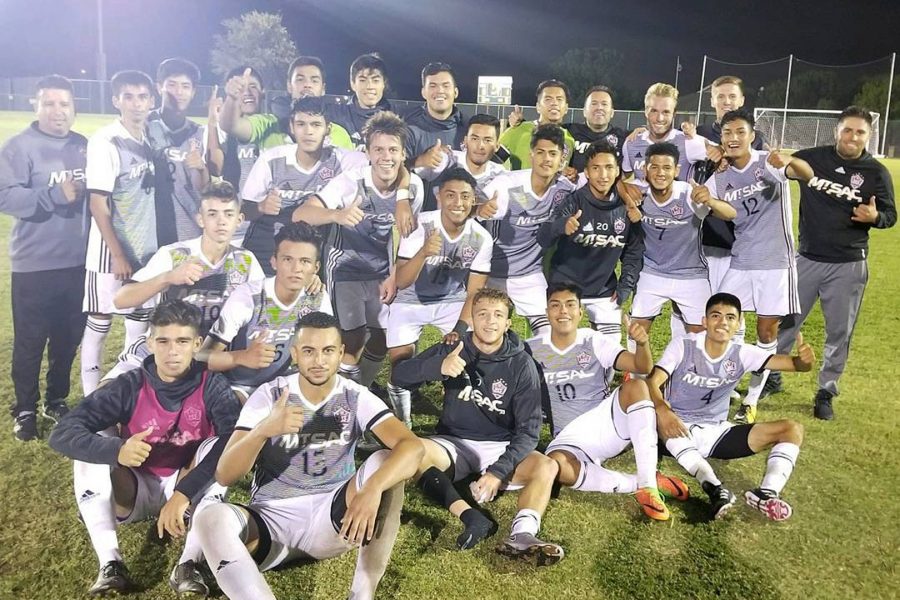 Coming off a win against East Los Angeles, the men’s soccer team headed to Dallas, Texas last Friday in a match up against current National Junior College Athletic Association national champions, Richland College. The Mounties were hoping for a win this time, after falling short in the previous match up against Richland. Sophomore goal keeper Edwyn Gutirrez was able to hold Richland back, not allowing any goals to be scored.

With the game lasting a total of 2 hours and 30 minutes, it wouldn’t be until the first minute of the second overtime that sophomore midfielder Alexis Diaz-Paya, with the assist of fellow Sophomore Eliel Trejo, would drill in the game winning goal. The game ended 1-0 with a win for the mounties.  With a record of 8-1-1, the men’s soccer team continue to dominate the field.  The team has a home game Friday night at 6:00 p.m. against Pasadena City College.