Men’s Cross Country is Keeping up the Pace 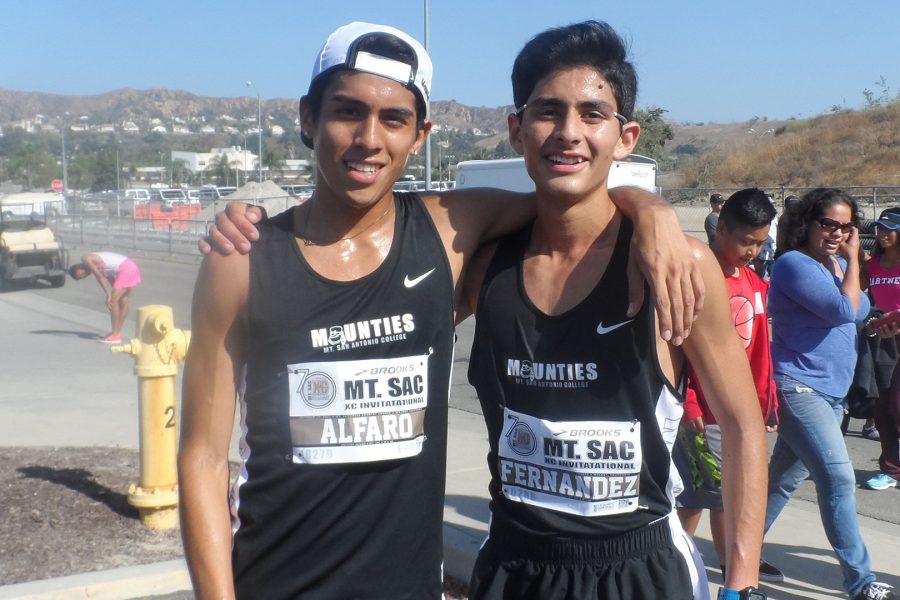 Anthony Alfaro and Manuel Fernandez who took first and second at the Mt. SAC Invitational on Saturday, Oct. 14, 2017. Photo by Kelli Hofer/SAC Media.

The early morning heat was no problem for the Mountie Men’s Cross-Country team as they were once again victorious Saturday, Oct. 14, at the Mt. SAC Cross Country Invitational. A total of 179 runners from 18 different colleges took on the grueling four-mile course, but it was Mt. SAC who finished on top, occupying 7 out of the 10 top spots.

Sophomore’s Anthony Alfaro, and Manuel Fernandez were neck and neck heading down the final stretch. Fernandez gave the final push finishing first at 20:42.1, Alfaro followed in second at 20:42.8, grabbing valuable team points in the process.”It felt great,” Fernandez said about his first-place win.

The next race will take place on Friday, Oct. 27, at Mt. SAC for the South Coast Conference Championships.