Guns are Not Keeping us Safe 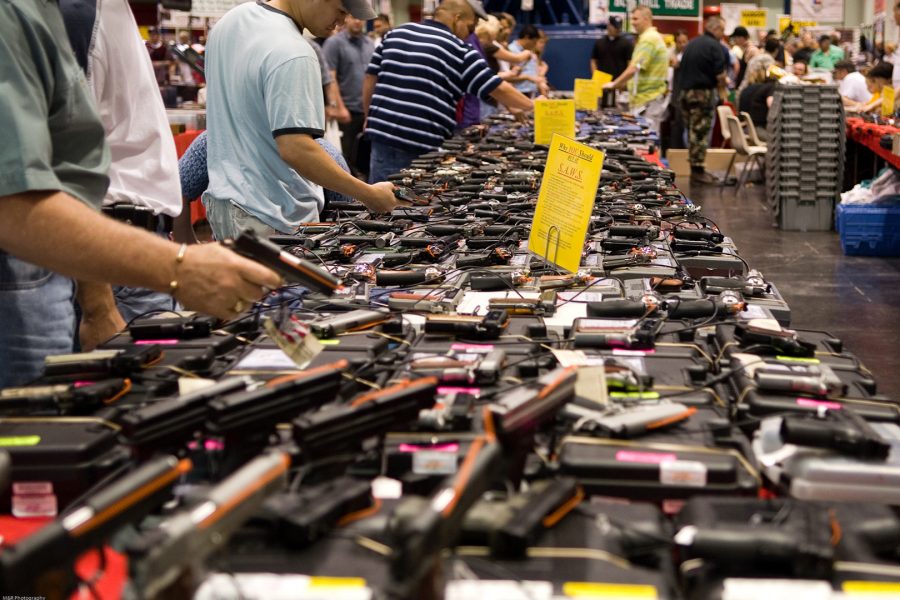 According to gunviolencearchive.org, America has experienced 278 reported mass shootings just in 2017. I am currently writing this on day 283 of 2017. I don’t know how anyone can be comfortable with that statistic. America is in serious need of gun control.

On Oct. 3, 2017, Las Vegas experienced the largest mass shooting in modern U.S. history, with 59 people dead and over 500 injured. The shooter, Stephen Paddock, owned 47 guns and was in possession of 23 guns on the night of the shooting. No one should have access to that many guns. However, this is partly thanks to the United States’ second amendment.

The second amendment was adopted in 1791. It protects citizens right to bear arms. Back then, they didn’t have assault rifles or the advanced guns we have today. They had muskets that only allowed a single shot and then they had to reload them, which took time. Also, this amendment was created to protect the citizens from tyranny. It wasn’t created so you can hunt on the weekends or hoard 23 assault rifles in your hotel room.

In most cases, keeping guns for protection can bring more danger. According to smartgunlaws.org, the risk of suicide rises in homes where there is a loaded gun. The same website says, “in the United States, over 1.69 million kids age 18 and under are living in households with loaded and unlocked firearms.” Having guns in the home could potentially be more dangerous because not everyone is a responsible gun owner.

One of the weakest pro-gun arguments I’ve heard in regards to shootings is “if someone had a gun, they could’ve stopped the shooter.” That was actually the N.R.A.’s main argument after the Sandy Hook shooting. In fact, in the press conference held by the N.R.A. addressing Sandy Hook, the executive vice president, Wayne LaPierre said, “The only thing that stops a bad guy with a gun is a good guy with a gun.”

Children died in this shooting, and the N.R.A. thinks that involving more guns would’ve been a good idea. We shouldn’t have to live in a world where elementary schools need to have guns on site. Children shouldn’t have to experience that. People in general shouldn’t have to be surrounded by people with guns. Using the N.R.A.’s logic, imagine if multiple people at the music festival in Las Vegas had guns and once the shooter started shooting, the people with the guns pulled them out to protect themselves and others around them. How would you be able to tell who the shooter is if multiple people have their guns out? The general public shouldn’t have to sacrifice their safety just because you want to exercise your right to carry a gun. The N.R.A.’s logic is flawed and isn’t based on any evidence.

Caleb Keeter, a guitarist in the Josh Abbott Band who was playing at the Las Vegas festival, completely changed his gun control views after witnessing this event. Keeter was pro-gun, but the shooting made him speak up for gun control. In his statement that he released on twitter, he said that multiple crew members had legal guns on the bus but they were useless for protection during the shooting. Also, they didn’t want to pull the guns out in fear of being mixed up with the actual shooter.

Another tired argument is “guns don’t kill people; people kill people.” The sole purpose of a gun is to kill. Yes, the gun requires a person to shoot it, but ultimately, the gun does the killing. I bet it would be much harder to kill 58 people with a knife than a gun.

Banning guns and gun control may not stop gun-related incidents, but they will certainly lessen them. Australia had the Port Arthur Massacre in 1996 where 35 people were killed, and 18 people were injured. That year, they passed the National Firearms Agreement which banned certain semi-automatic rifles, implemented stricter licensing requirements, and even made a mandatory buyback policy for all of the banned firearms. Since then, Australia’s rate of homicides involving firearms has dropped 57 percent.

I think the solution to this gun epidemic is to ban guns. However, I am a realist and I know that will never happen, so don’t worry. Your guns won’t be taken away. Us liberals can meet you in the middle. Even though I believe in a full ban, I would be supportive of stricter gun control. Stronger background checks, banning certain guns, limiting the quantity of guns are all solutions that I would be supportive of. We just need to fix this problem before America has another mass shooting. At this point, if you aren’t in support of some form of gun control, you are ignorant to the facts and hanging on to an outdated amendment.