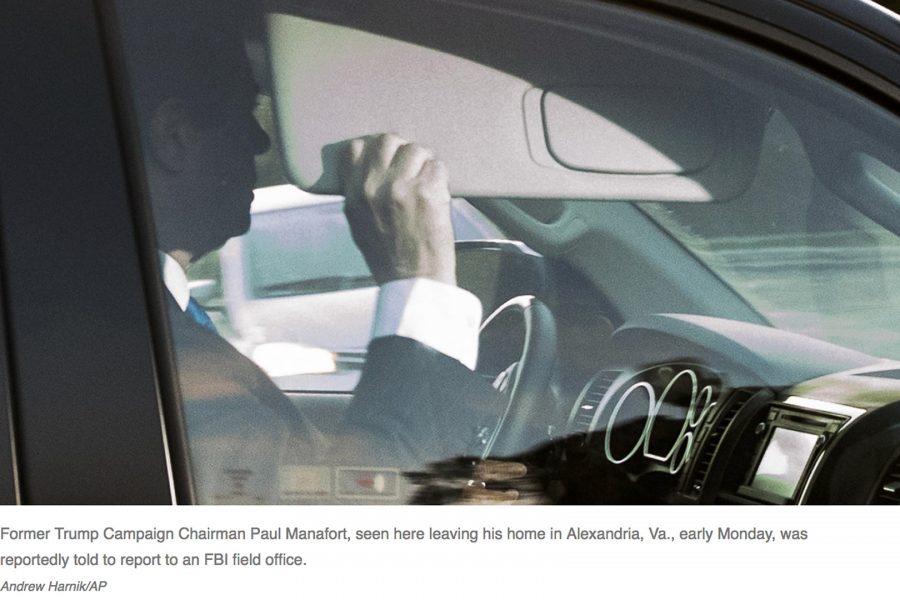 Update: Mon., Oct. 30 1 p.m.: Paul Manafort and Rick Gates have been confined to their homes and surrendered their passports.

Former Trump Campaign Chair Paul Manafort and his longtime business partner Rick Gates have been charged with 12 crimes including conspiracy to launder money and conspiracy against the United States. The indictment against Manafort and Gates are the first charges from Special Counsel Robert Mueller’s investigation into Russian interference and possible collusion with the Trump campaign in the 2016 election.

The charges are not currently known to be tied to Trump but rather for lobbying for former Ukrainian President Viktor Yanukovych, who was removed from power during the Ukrainian Revolution in 2014 and fled to Russia, and Yanukovych’s disbanded pro-Russian Party of Regions and it’s successor Opposition Bloc.

According to the indictment Manafort and Gate hired two lobbying firms in Washington D.C. to work for their Ukrainian clients. However, the firms were hired through a Brussel based non-profit to hide that the two were working for Ukrainian officials which would require them to register under the Foreign Agents Registration Act.

Payments to the D.C. firms were made from offshore bank accounts which the pair hid from the U.S. government with Manafort claiming on his tax forms from 2008 to 2014 that he controlled no foreign bank accounts.

Manafort first joined the Trump campaign in March 2016 and served as campaign chair from May to August of that same year when he left that campaign. Gates however continued to work for the Trump campaign even directing the plans for Trump’s inauguration. Authorities searched Manafort’s home in May 2017 as part of Mueller’s investigation.

On the same day of Manafort and Gate’s indictments Trump campaign aide pleaded guilty to lying to federal authorities in Mueller’s investigation.

Trump took to Twitter to continue denying collusion between his campaign and the Russian government.

This is a continuing story, check back for updates.