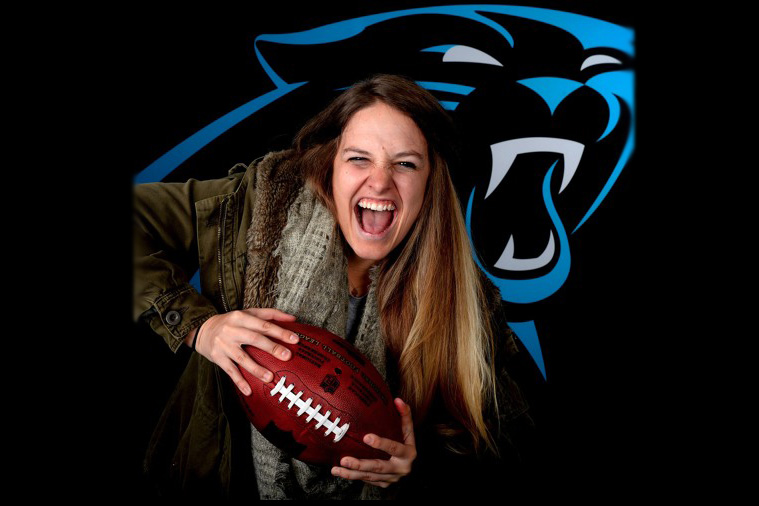 The recent controversy surrounding Carolina Panther’s quarterback Cam Newton came on Wed., Oct. 4 during a press conference when asked by a female reporter Jourdan Rodrigue, a beat writer for The Charlotte Observer, about the routes ran by wide receiver Devon Funchess. In football, a route is a pattern or path that a receiver runs to get open for a forward pass, and are usually ran by wide receivers, running backs and tight ends.

She asked,”I know you take a lot of pride in seeing your receivers play well. Devin Fuchness has seemed to really embrace the physicality of his routes and getting those extra yards. Does that give you a little bit of enjoyment to see him kind of truck-sticking people out there? “Newton smiled and chuckled as he responded, “It’s funny to hear a female talk about routes.”

The football player’s response was not only taken as a sexist remark by the sports journalist, but it discredited women and their ability to cover sports. Rodrigue responded to Newton’s comments posting on Twitter: “I don’t think it’s ‘funny’ to be a female and talk about routes, I think it’s my job.” She added, “I did my job as an NFL beat writer and asked Cam Newton a question about one of his receivers. His response not only belittled me but countless other women before me and beside me who work in similar jobs.”

Rodrigue also claimed on Twitter that when speaking to Newton afterward she was treated even worse, and said Newton never apologized to her for his actions.

The NFL told USA Today that Newton’s comments were, “Just plain wrong and disrespectful to the exceptional female reporters and all journalists who cover our league. They do not reflect the thinking of the league.”

The Association for Women in Sports Media said it was “very discouraged by Cam Newton’s disrespectful remarks and actions directed to a female reporter during today’s Carolina Panthers press conference. As a watchdog group, AWSM demands fair treatment and positive workplace environments for women working in sports media.”

Panthers’ spokesman Steven Drummond said on Wednesday afternoon: “I have spoken with Jourdan and Cam and I know they had a conversation where he expressed regret for using those words.”

Newton issued a video via Twitter to apologize for his actions, and said, “I understand that my word choice was extremely degrading and disrespectful to women, and to be honest that was not my intentions,” Newton said. “If you are a person who took offense to what I said then I sincerely apologize to you.”

Newton’s comments are already having consequences. Greek yogurt brand Dannon has already ended their sponsorship with Newton. Newton’s endorsements with Gatorade, Under Armor and Apple owned Beats by Dre, estimated at $13 million a year, could also be at risk due to his comments.

On Oct. 5, Dannon spokesman Michael Neuwirth released an official statement from the company.

“We are shocked and disheartened at the behavior and comments of Cam Newton towards Jourdan Rodrigue, which we perceive as sexist and disparaging to all women. It is entirely inconsistent with our commitment to fostering equality and inclusion in every workplace. It’s simply not OK to belittle anyone based on gender. We have shared our concerns with Cam and will no longer work with him.”