A New Way to Hydrate 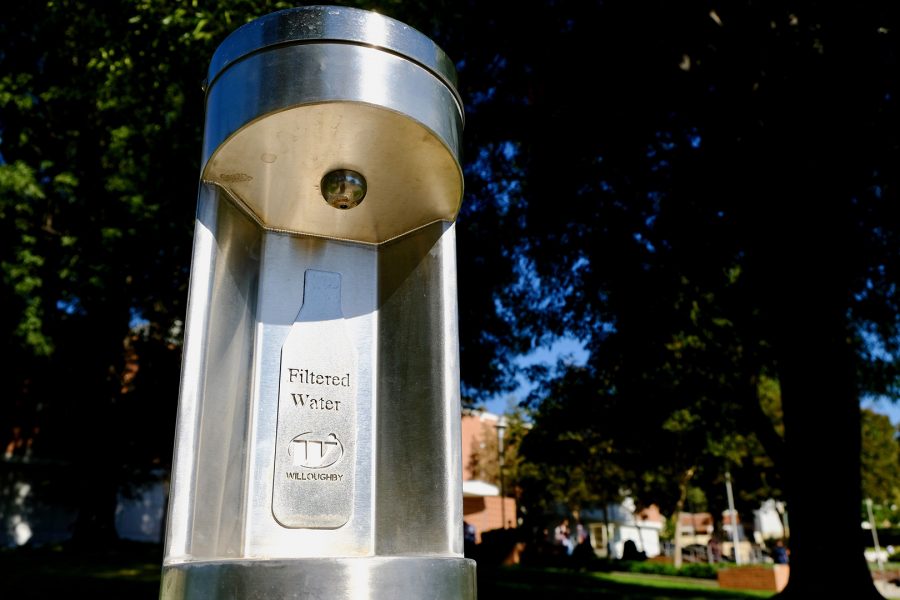 New water bottle refill stations have been installed on multiple locations on campus over the last year through an initiative by Mt. SAC Associated Students to reduce the consumption of plastic bottles containing the harmful industrial chemical bisphenol A, also known as BPA.

The initiative was meant to be enacted in conjunction with recent efforts to modernize certain campus amenities, which also included an expanded Wi-Fi student network and new classrooms, according to former Associated Students President Rene Jimenez.

However, the effort to install refill stations also represents a step toward achieving a level of environmental sustainability across campus to drastically reduce waste caused by discarded bottles that don’t end up being recycled.

He added, “The ultimate goal with the water bottle refill stations was to ban the sales of disposable plastic on campus. This is really long-term thinking.”

Justin Mecate, 21, TV production major, said that the stations are a great way to cut down the consumption of plastic water bottles. “Overall it’s better that we have the water stations because, you know, you can just refill a reusable bottle as opposed to buying another disposable plastic water bottle,” Mecate said.

According to a March 11, 2016 article from Mayo Clinic, BPA is contained in some plastics and resins. The substances in the plastic containers can eventually seep into the products people consume every day. This chemical can be potentially harmful to the brain and children.

A study published on the National Center for Biotechnology Information in 2013 said that the chemical “interferes with the endocrine system of mammals, including humans.”

Presently, the U.S. Food and Drug Administration maintains on its official website that BPA is safe.

“Based on FDA’s ongoing safety review of scientific evidence, the available information continues to support the safety of BPA for the currently approved uses in food containers and packaging,” the FDA site reads.

Currently, the water bottle filling stations are located by building 27C, between buildings 61 and 7, by building 9B, the student store next to the building 26, and by the soccer field.

According to a copy of the project document obtained from Associated Students, these locations only represent the first portion of a multiphase plan that seeks to install a total of 10 refill stations across campus including the library, the east athletics complex, and the long-awaited parking structure, which remains on hold due to legal challenge from the city of Walnut.

However, Mecate said a problem with the stations is that they are hard to find only because they are either wall mounted or a stand-alone pole. He said that the school should provide signs that could help students and staff locate the stations easier and would let other students know about them. Then, students would know to bring their own water bottles to school, Mecate said.

Associated Students plans to install the rest of the stations in the coming year.