Men’s and Women’s Soccer teams both fall at home 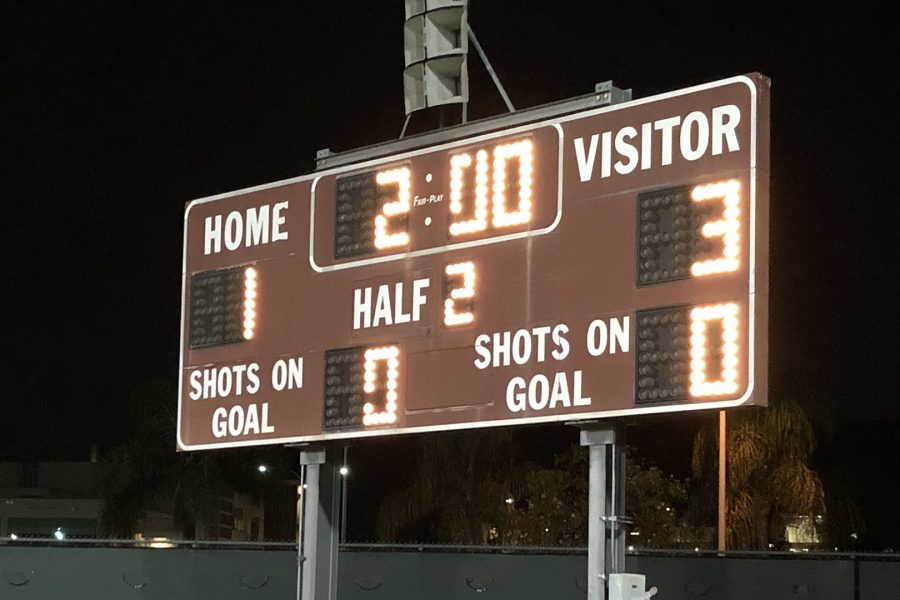 Mt. SAC Men’s and Women’s Soccer both lost to the Rio Hondo Roadrunners at home on Friday, Nov. 3, with the Men’s team losing 2-0 and Women’s team 3-1.

In the Men’s game, Rio Hondo took the lead early with a goal just five minutes into the game, a lead that they wouldn’t give up for the rest of the contest. The Mounties tried to make something happen on offense getting reckless at one point as midfielder Marty Raygoza received a yellow card in the first half for a late sliding tackle.

In the second half, defender Alfonso Lopez missed just over the crossbar on a strike right outside the box. Forward Sam Ponting also had a great chance on goal, as he dribbled his way through three Roadrunner defenders shooting in motion just wide of the goal.

“I just lost my legs in the end. My legs got heavy and I was a little bit tired and I just didn’t have that composure in front of goal that I needed,” Ponting said on his missed opportunity in the second half. “We maybe shut off defensively as a team and thought results were just gonna come with out actually putting the same intensity into this game.”

The Mounties conceded a second goal with fourteen minutes left in the game before they could equalize, verifying a win for Rio Hondo.

Their five-game winning streak comes to an end bringing their record to 15-3-2 overall and gives them their first in conference loss with a record of 4-1-1. They look to get back to their winning ways next week at Pasadena City College.

As for the Women’s Soccer team, the Mounties struggled on defense from the start of the game as they conceded all three of Rio Hondo’s goals in the first half.

The Roadrunner’s first goal came in the 18th minute. Followed by a second goal with only three minutes left in the first half of play. The Mounties had their chances in between the first two goals but could not capitalize. It was then just one minute later that Rio Hondo would score their third and last goal of the game taking a 3-0 lead into half-time.

“It felt like I really accomplished something, I felt it earlier today too,” Schneider said about the feeling that she was going to score earlier in the day.”I would say that I feel like we did win the game but not on the scoreboard.”

The Mounties are now 7-8-3 in overall record and 2-3-1 in conference play. They look to bounce back next week Nov. 3, at Pasadena City College.