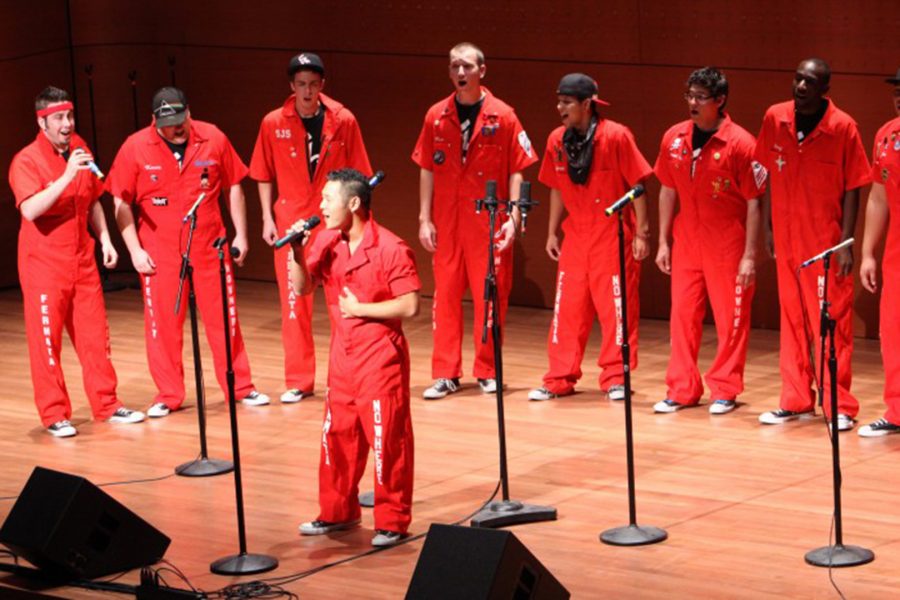 Fermata Nowhere will perform with the Mt. SAC Chamber Singers and Concert Choir at the Feddersen Recital Hall on Nov. 4. Photo courtesy of Fermata Nowhere.

On Nov. 4, Mt. SAC will have a concert featuring the Chamber Singers, Concert Choir, and Fermata Nowhere at the Feddersen Recital Hall. This will be the second night of performances. These are their first concerts of the year and they will be performing choral songs from the Renaissance, the Romantic Era, Spirituals, and 21st century modern works that includes sacred, secular, and music from Baltic countries.

The Chamber Singers are the main performing choir at Mt. SAC. They were formed in 1994 and consist of 38 singers, who had to audition to get their spot. They have won numerous awards and are currently being directed by Bruce Rodgers.

The Concert Choir is Mt. SAC’s largest auditioned choir group. This choral group occasionally features a full orchestra. They are currently being directed by William McIntosh.

Fermata Nowhere is an a cappella group that was formed in 2001. They have won many awards such as outstanding choreography and best arrangement, and have competed in many competitions. They are also directed by William McIntosh.

The concert is at 7:30 p.m. at Feddersen Recital Hall. Tickets are available at the Mt. SAC Box Office and online on the Mt. SAC website.