“I Choose You!” A Lackluster and Messy Anniversary Gift 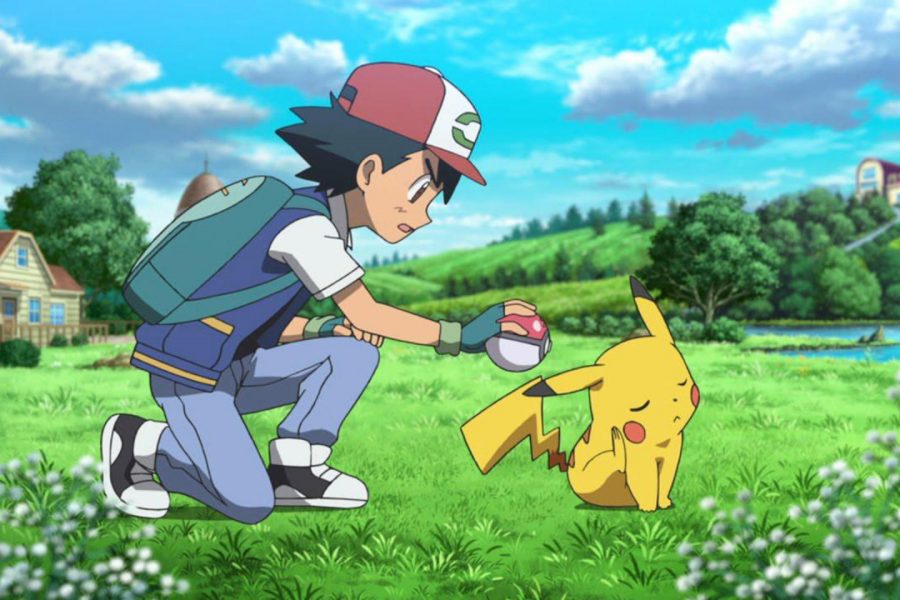 Image Courtesy of the Pokemon Company

With Pokémon being such a prestigious franchise that’s been around for 21 years, it’s only natural that perhaps the most marketable and profitable item of the franchise, the TV series, gets a special celebration for existing for 20 of those years. Said celebration was I Choose You!, a film about Ash Ketchum’s first adventure with Pikachu. It should have been a match made in a heaven as gold as the poster’s sky. But instead, it came out as very messy, very unfocused, and a big disappointment.

At first, the movie adapts the plot of the TV series’ first episode, and then finishes that in 10 minutes. After the title screen and theme song sequence, the story diverges from the TV show entirely. Misty and Brock are replaced by newcomers Verity and Sorrel. Together, they go on a journey to Mt. Tensei to meet the phoenix Pokémon Ho-oh, who had given Ash a Rainbow Wing in the scene preceding the title card.

The movie’s messiness has to do with the characters and plot. Once Verity and Sorrel enter the picture, it immediately becomes clear how thinly and broadly each of the movie’s characters are written. Verity and Sorrel want to meet the Legendary Johto Beasts. Why? Never explained. It might as well be the same reason people who play the games want them: gotta catch ’em all. The villainous trainer, Cross, wants the Rainbow Wing from Ash. Why? I don’t know, something about being the strongest trainer? Marshadow is some sort of shadow Pokémon that’s some kind of journey guide… Oh, and there’s also some old explorer named Bonjii who… basically is just there. Resident villains Jessie, James, and Meowth of Team Rocket are so useless that they frankly should’ve been omitted from the movie. Even Ash isn’t as interesting as he gets to be in the show. It seems as though he just does and feels what the story requires him to, and for no other reason than the story requiring him to.

But the story that dictates Ash’s actions is fraught with problems, too. It keeps losing focus of itself. Think Ash is going on a quest to meet Ho-oh? Well, prepare to sit through tons of distractions. Suddenly, the three main trainers want to meet the Johto Beasts. Suddenly, Ash is obsessed with defeating Cross. Suddenly, Ash’s Butterfree finds a mate. Suddenly, they reach Mt. Tensei. See the problem here? Honestly, I see the logic in having the journey have stops in it, but each stop felt like they could just be episodes of the show. They felt exactly that way, actually. There’s no connection between each stop. And the ending act, despite being the most coherent part in comparison, has such sudden swerves in it; Ash defeats Cross on Mt. Tensei’s summit, Cross gets angry and snags the Rainbow Wing from Ash, it turns dark and causes Marshadow to become possessed and take control of nearby wild Pokémon, Ash protects Pikachu from the onslaught coming toward him, Pikachu talks human language, saying he always wants to be by Ash’s side (the worst part of the movie, by the way), Ash gets killed and then resurrected by Ho-oh, Ash has a Pokémon battle with Ho-oh (which we don’t see the conclusion of), Ash parts ways with Verity and Sorrel, and the credits roll.

Kept up with any of that?

The animation, acting, and music are the film’s saving graces. Lots of detail was poured into the characters, locations, and effects, resulting in a film that looks incredibly dazzling. The actors put their absolute all into each of the characters they play, giving life and personality to them, more so than the writing does. And the music is absolutely gorgeous to listen to. The Pokémon Company International would be crazy not to release that on CD.

To be really honest, it’s worth seeing at least once. It’s not a groundbreaking experience at all, but it could be fun enough just the once, or if in the right mood for it. But unfortunately, this is one severely lacking anniversary present. The show’s 20th anniversary deserved a lot better.