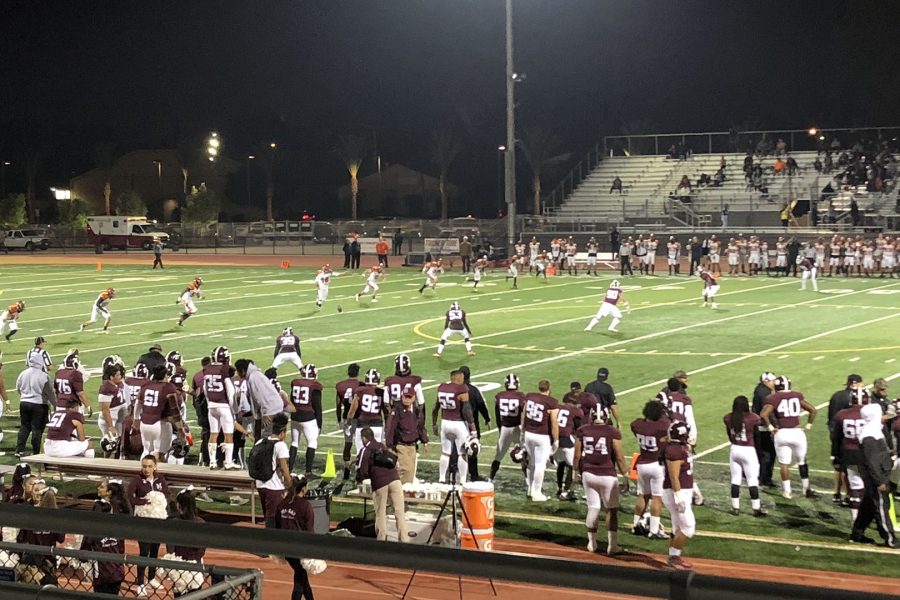 Mt. SAC football closed out the regular season by beating the previously undefeated Tigers of Riverside Community College 24-17 at home on Saturday, Nov. 11.  The trade-off: the team lost Quarterback Jaiave Magalei to an injury.

It was the Cameron Coleman show in the second quarter, as the Sophomore wide receiver scored twice on a 21-yard and a 7-yard touchdown pass from Magalei. The Mounties took a 24-7 lead into the third quarter.

In the third, the Tigers shortened the gap with an 83-yard touchdown pass from quarterback, Travis Jonsen, bringing the score to 24-14 with one quarter of play remaining.

The Tigers added a field goal of their own with 1:26 remaining in the game to bring the score within a touchdown at 24-17. The Tigers had to try an onside kick following the touchdown for an opportunity to tie the game. The onside kick was successful as Riverside recovered the ball with 1:23 left in the game. They could not capitalize on the recovery; however, the game ended with the Tigers failing to convert a first down, turning it over to the Mt. SAC. A victorious game for the Mounties.

Despite the victory, the Mounties lost their starting quarterback in the fourth quarter to an unknown injury. It has not been confirmed what kind of injury Magalei suffered, but he was down on the field in pain for a few minutes before he was eventually taken on a stretcher and later escorted from the stadium in an ambulance.

Next week, the Mounties will participate in the Western State Bowl against College of the Canyons at Cougar stadium, Nov. 18, at 6:00 pm in their last game of the season.