What You Need to Know About The GOP Tax Bill 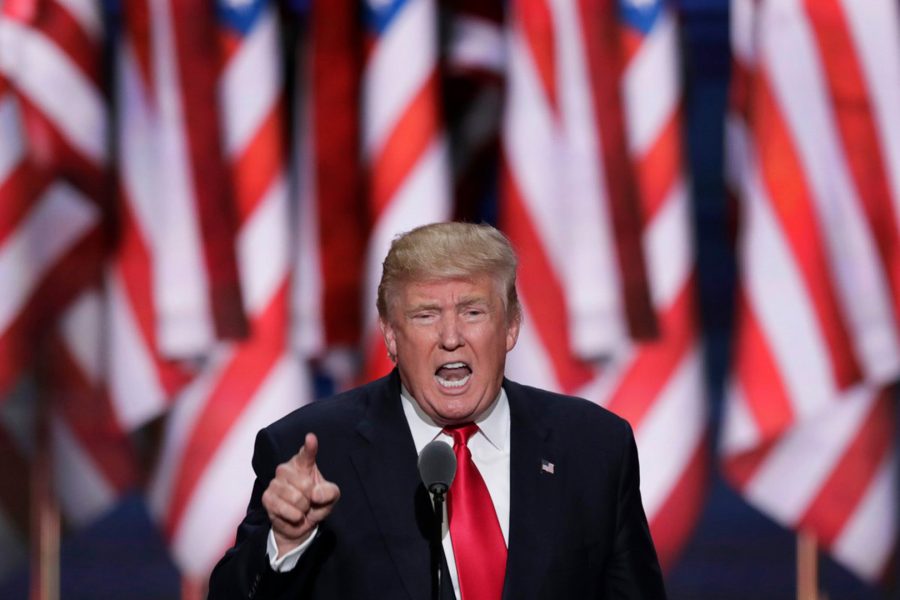 Donald Trump at the Republican National Convention in 2016. Photo from Creative Commons.

After a failure to repeal the Affordable Care Act, Senate and House Republicans have moved on to an attempt at tax reform. While Republicans in the two chambers of congress have given different proposals on tax reform in the end a final bill will likely take aspects from both bills. Here’s what to expect from the Republican’s tax reforms. Here’s what you need to know:

When it comes to student loans you can currently, get a tax deduction of up to $2,500 of what you paid back for that year. House Republicans have proposed an end to the tax deduction.

On the teachers side of things they will be unable to deduct from their taxes classroom supplies that they personally buy.

The new tax plan would also include cuts for various financial aid including Pell grants.

Republicans are also now planning to repeal the Affordable Care Act’s individual mandate that requires most people to have health insurance. The repeal would cause costs of health insurance to rise. It will increase insurance premiums and lead to 13 million fewer Americans with health coverage.

Care about your grandparents or the future of you and your parents?  This tax bill will automatically cut Medicare by $25 billion per year almost immediately.

Electric Vehicles and Solar and Wind

Looking to buy a Tesla or another brand of electric vehicle? Currently, you can receive a tax reduction of up to $7,500. Again House Republicans would do away with the reduction. While if you ride a bicycle to work you can currently, deduct $20 a month from your taxes which Senate Republicans have proposed an end to. Republicans would also see an end or reduction of tax breaks for the solar and wind industries while tax breaks would stay the same for oil, coal and gas companies.

Under current law losses occurred from fires, flood, burglary and similar events such as natural disasters can be deducted from your federal income taxes. House Republicans would completely due away with the deduction while the Senate Republicans would apply the deductions only when the losses occurred during an event the president decrees a disaster. That means if your property isn’t destroyed in a major national story you won’t be receiving a tax deduction.

Do you or your family own a home? Republicans plan to cut the mortgage deduction that middle class families count on.

What Does it Mean?

By 2027, 47 million households will have their taxes increased under the House Republican Proposal. Most of the benefits of the tax bill go to the wealthy and corporations.