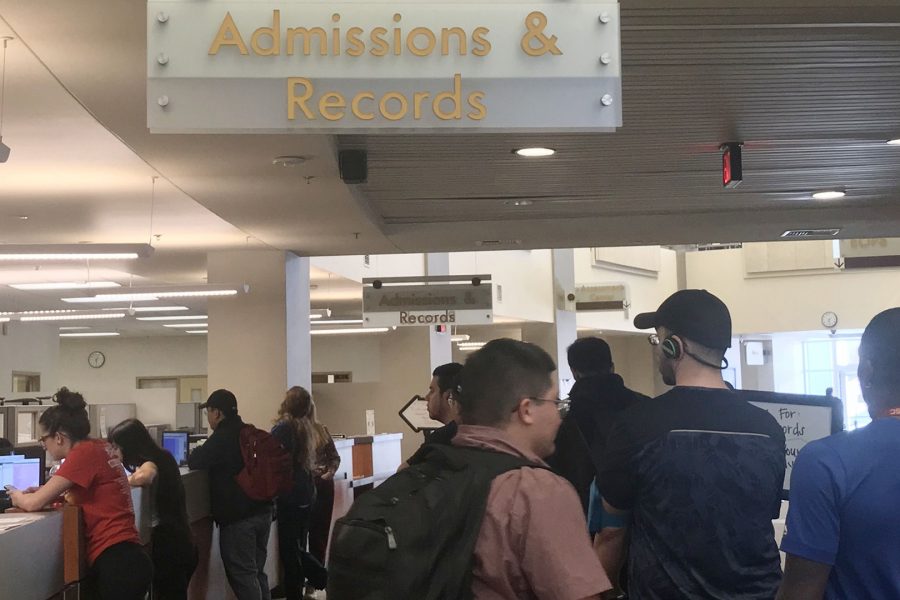 Mt. San Antonio College’s current transcript policies has raised concern for some Mt. SAC students’ following a temporary delay that almost cost a chance of getting into a competitive program.

Aguirre attended Mt. SAC in 2006 and received an Associates Degree in Language Arts and Communications. In 2017, Aguirre returned to Mt. SAC to complete some prerequisites for a nursing program. On Dec. 19 and Dec. 20, 2017, Raymond had placed four expedited transcript orders to ensure that he would make all of his deadlines for nursing programs at other universities.

Raymond sent a formal complaint to Dr. George Bradshaw, Dean of Enrollment Management, on Jan. 3, via email, after the four expedited orders placed on Dec. 19 and Dec. 20, 2017 were still pending.

In the email, Raymond expressed his concern regarding Mt. SAC’s current policies, “I find this policy extremely unfair, inconsiderate, and harmful to all students affected.” Raymond continued, “I may now lose this opportunity [to get into a competitive nursing program] due to an administrative policy by the college that is beyond my control.”

Dr. Bradshaw responded to Raymond on Jan. 5, via email, ensuring that Aguirre’s transcript request were being processed. Aguirre was later notified that his transcripts were received on Jan. 5, after he had received Dr. Bradshaw’s response.

Aguirre states that in the email, Bradshaw identified that the cause of the delay was partly because some professors were late turning in their final semester grades. According to Aguirre, Bradshaw also mentioned that there were other factors that caused the delay.

Regarding Aguirre’s situation, the Admissions & Records office stated that they had closed for Winter break on Dec. 20, 2017. All requests that were placed on or after Dec. 20 were sent to Credentials Solutions, a website where students can place an online request for transcripts. The Admissions & Records office also stated that they did not receive any requests until Jan. 2.

Raymond sent a response to Dr. Bradshaw’s Jan. 5 email to update him on the process. Aguirre proposed an idea to help other students, “My suggestion is for your department to have a mechanism of appeal where students can petition early release of their transcripts if they are already complete and if the students’ are too close to their deadlines.”

In the email, Raymond also expressed his gratitude that he has for Mt. SAC, “I have been a student of Mt. SAC for many years and it has allowed me to complete multiple educational goals. This school has been a part of my success in my career.”

Raymond hopes that these policies can change in order to avoid any future complications for other students at Mt. SAC.

According to Mt. SAC’s transcript webpage, students are allowed two free standard transcripts and will be processed within 3-5 business days.

For more information regarding Mt. SAC’s transcript policies, please visit: http://www.mtsac.edu/records/student-records/transcripts.html. The Admissions & Records Office is located on the First floor of Building 9B and can be contacted at 909-274-4415.