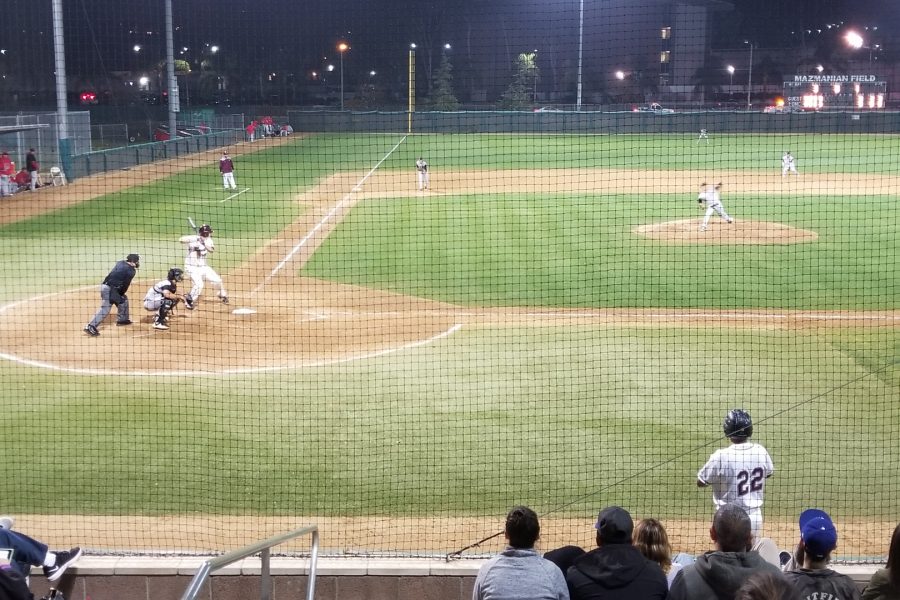 Mt. SAC Baseball continues to struggle away from home early, dropping their second straight game with a 2-1 defeat in the home of the Cypress College Chargers on Tuesday, Feb. 7.

Though the Mounties had split a double-header at San Diego Mesa, Mt. SAC looked to build on the early road gain coming into the bout with the Chargers.

Cypress College was coming off a 6-4 loss to San Diego City, where they failed to rally back from behind in the later innings.

“Our goal as a team was to put as much pressure as we could on them and make all the routine plays defensively,” Mounties’ head coach John Knott said.

The Mounties and Cypress played to a standstill through the first three innings until Mt. SAC opened up the scorecard with Elijah Greene scoring off a bunt from Michael Sandoval at the top of the fourth inning.

Freshman starting pitcher Wyatt Regis stayed on through six innings before allowing Cypress’ Aaron Halpert to score in the bottom of the sixth.

Mt. SAC freshman pitcher Matt Garcia came on the mound in the seventh and held off the Cypress College batting line through the ninth, taking the game into extra innings until the Chargers’ Jesse Lopez scored in the bottom of the 10th on a single from Elias Ledesma.

With the loss on the road, Mt. SAC remains at 4-3 for the season and will travel to Orange Coast College to take on the Pirates on Friday, Feb. 9, with first pitch at 2 p.m.

Only eight games remain before league play begins and the Mounties look to start building momentum against the challenges ahead.

“We hope to continue to improve and get guys battle tested as we prepare for league,” Knott said.