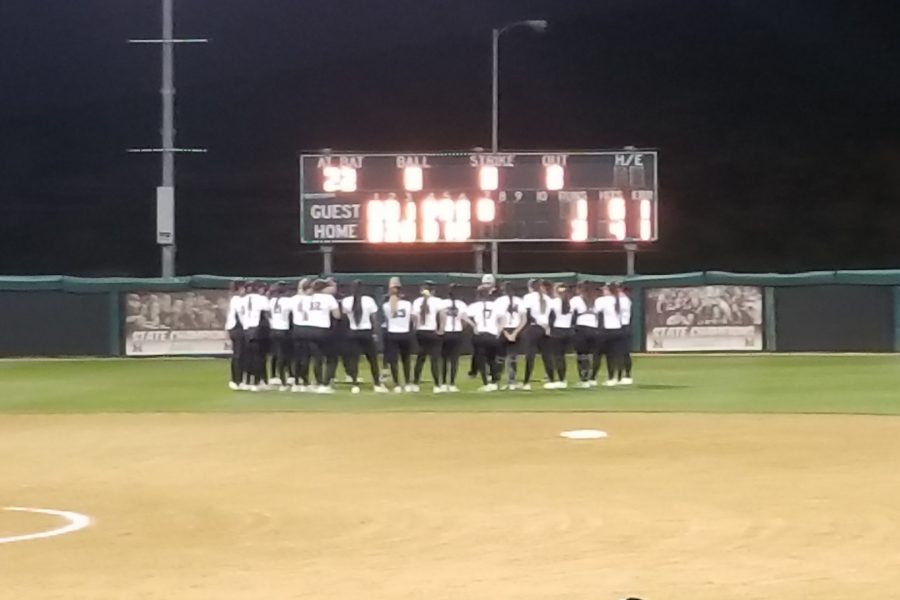 Mt. SAC Softball is undefeated at home after smashing through their first five games this season, with their latest victory coming off a 15-0 routing of the Compton College Tartars on Tuesday, Feb. 6.

Though the Mounties’ only loss this season came from a 7-1 defeat at the hands of Antelope Valley on the road in January, the Mounties had not lost a game that early in the season since 2014.

“The loss was a great learning lesson for us especially being early in the season and being such a young team,” Mounties’ head coach Rubilena Rojas said. “We discussed it, moved on and used the Palomar game to bounce back and reset.”

The Mounties have certainly done just that since taking down Palomar College on Feb. 2, allowing only a two combined runs against Palomar and Santiago Canyon leading up to the matchup versus Compton.

“We’re really on it defensively and although there have been times where there were runners on, we never panicked, trusting we would get them out,” freshman pitcher Briana Wheeler said on the team’s performance. “We have to keep the momentum rolling.”

Mt. SAC started off the bat strong, bringing in a stunning 9 runs on Compton in just the first inning alone.

Freshman Ericka Tiscareno took over in the third, similarly retiring four batters and allowing a single hit through three more innings before the game was called via mercy rule.

By handing the Compton Tartars their fourth loss this season, Mt. SAC has now mounted a three-game win streak and will travel to Cerritos College to take on the Falcons on Wednesday, Feb. 8, with first pitch at 3 p.m.