Does Bill Gates make his own sandwiches? 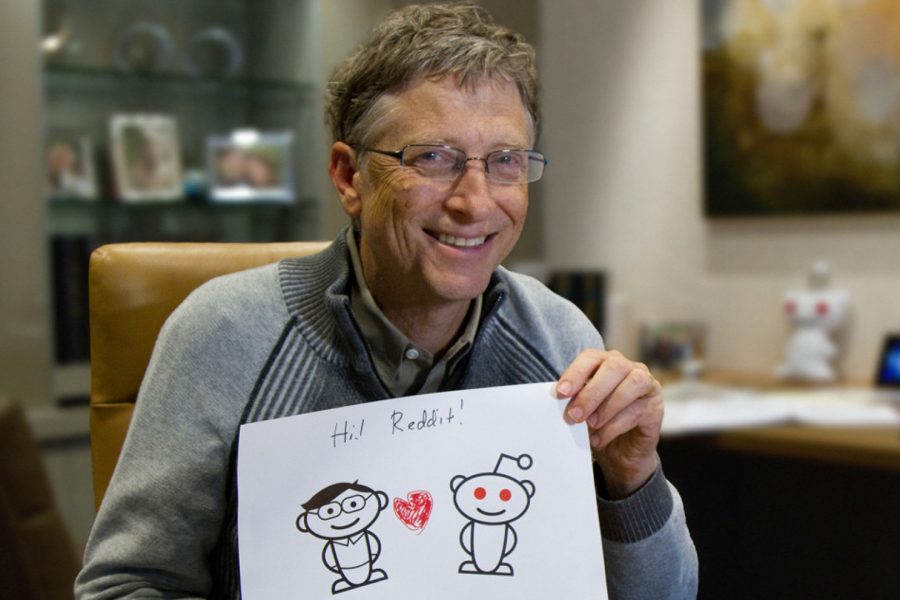 Bill Gate answers questions in Ask Me Anything on Reddit

Bill Gates, the man who by all means should need no introduction, did something pretty cool recently. He took part in what is known as Ask Me Anything, or also known as AMA, on the website Reddit, where he invited the forum’s users to come and, well, ask him anything.

People came pouring in from all over the world. The post quickly became flooded with questions, and had over 20k comments by the end of it. Some of these questions were thought inducing, such as, “If you were born into a low-income family, do you think you would have managed to become as rich as you are now?” or “When did you consider yourself a success?” Of course, there were also sillier comments such as “How different do you think your life would be if your name was Gill Bates?” and “Do you ever like, just randomly get up when you’re home and make yourself a peanut butter sandwich? Or do you have people do that for you?”

I think it was the redditor, a common name for a Reddit user, known as TheOneTrueTrench who put it best, “Well, it is ask me anything, not ‘ask me relevant and important questions.'”
However, through all the questions and answers, there was one interaction that really resonated with me.

Gates was probed by the redditor known as Ventilatorr, “Is it possible to get in contact with the people responsible for the Windows On-Screen Keyboard?” You see, Ventilatorr mentioned that he was disabled, and that the current on-screen keyboard that Windows has to offer is missing many features that other virtual keyboards have. “It takes a lot of time and effort to type like this,” speaking for himself and other disabled users. “It would be great if it got updated so we could type more efficient.”

If you haven’t tried the on-screen keyboard before, I recommend you try it at least once, just to see what he’s talking about. It’s a nightmare.

But then… something magical happened. Bill Fucking Gates responded to Ventilatorr with, “I would be glad to pass along your thoughts on this to the right person at Microsoft,” something I’m sure many of us would kill for a chance to have a say in, when it comes to changing something Microsoft-related.

Why should I care about this? I’d much rather know if Bill Gates has people who makes his sandwiches!

I’ll tell you why. We are living in an age where we have the luxury to take amazing things for granted. Just the fact that you are reading this story, and thanks for keeping up with me thus far, is a technological miracle. It started with just one idea, “I can communicate sound through electrical pulses…” and bam, Antonio Meucci invents the telephone. Through this one idea, we have all this technology readily available in our pockets… and we use them for fucking cat videos. And these cat video generators allowed a person, who has probably tried before, to actually get in contact with someone about this keyboard situation. That someone being the ex CEO of the company.

Because at the end of the day, even though it’s fun to send memes to our friends sitting across the room from us, and I’m super guilty of this, technology was created for the betterment of people. And that’s exactly what transpired in this exchange: Bill Gates hearing Ventilatorr’s request and promising to help him out.

And for those of you that stuck with me till the end, Gate’s answer to the all-important sandwich question is, “I do make myself tomato soup sometimes. It is kind of a comforting food and reminds me of doing the same when I was growing up. I don’t make sandwiches much.”