March For Our Lives Brings Tens of Thousands to Los Angeles 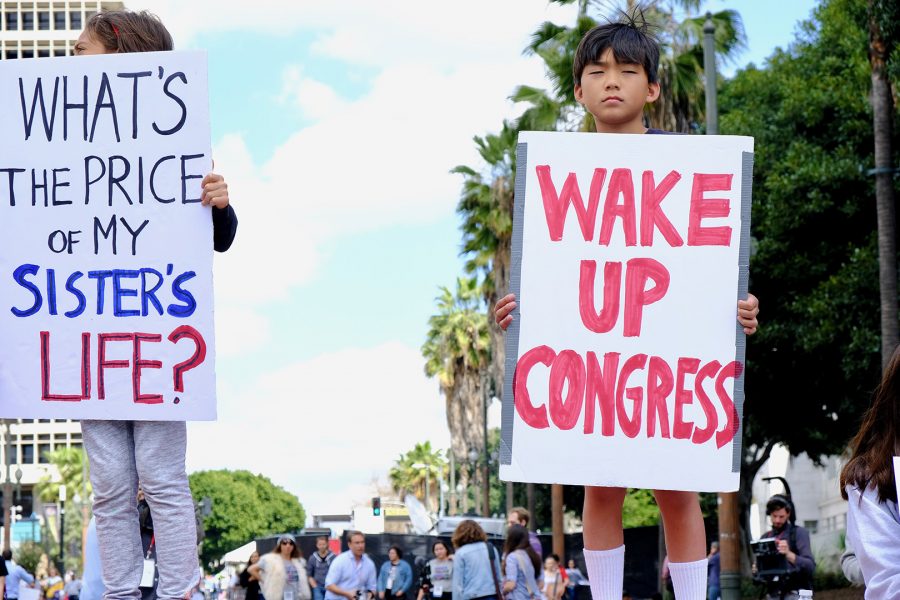 The march culminated at Grand Park where a variety of speeches and musical performances were given from a stage on North Spring Street between the park and City Hall. Many speakers called on people to work for change by registering to and participating in upcoming elections. Warnings to politicians were issued: take action to address America’s gun violence epidemic or be voted out, as the coming generation will no longer tolerate inaction.

In this photo essay, highlights a part of the March For Our Lives rally that took place March 24, in downtown Los Angeles.