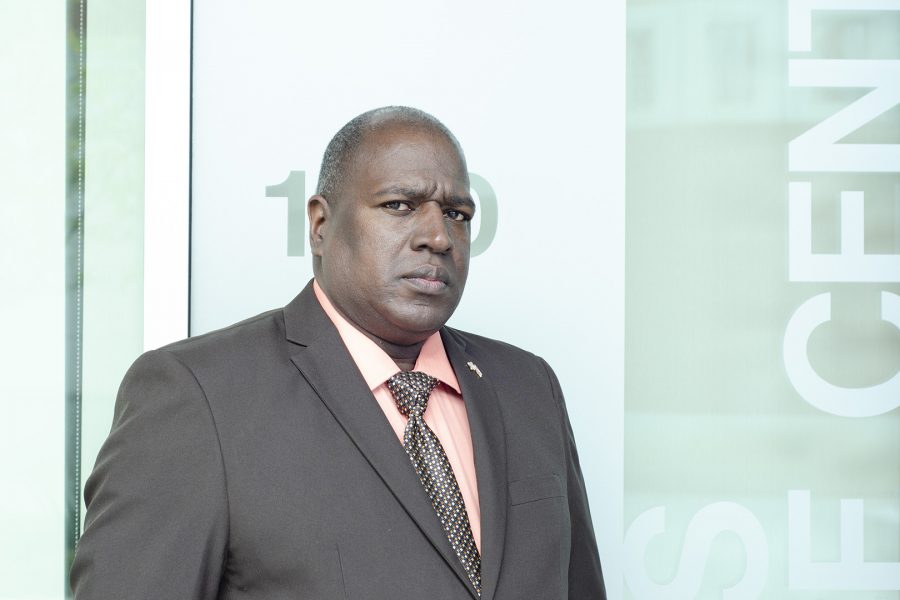 “Gunny has been an instrumental figure in the success of Mt.SAC’s VRC and we wish him the best,” Marquez said.

Harmon was a Marine mechanic for 10 years before serving as a recruiter for 11 years. He served 21 years as a United States Marine, retiring in March, 2006.

Since Harmon was older than many Mt. SAC students, he began working in the VRC through the work study program in 2011, becoming a permanent employee in 2013. Harmon’s experience as a student and veteran enabled him to understand the difficulties some veterans face when transitioning from military to civilian life.

“[My background] gave me the opportunities to help student veterans,” Harmon said. “Take what I’ve learned and the experience I’ve had, and hope to make their transition smoother than mine.”

The VRC moved around through the years. It started off in Building 26A, room 1630 in what is now the Pride Center. Then it moved to Building 16C, which now houses the DREAM Program. Finally, the VRC moved into its new home in Building 9E.

“As the generation of veterans change, the needs change,” Harmon said. The new location is large enough for “veterans can be vets,” and to allow them to invite fellow classmates to the VRC to bridge the gap between veterans and fellow students.

For Harmon, his career extends  beyond the halls of Mt.SAC and its VRC as a student and student services specialist II. The son of a Navy veteran, Harmon grew up in Memphis, Tennessee. After graduating high school, he wanted to be a Marine. He narrowed things down to four choices.

“Join the military, go to college, get a job, or sit on your butt and do nothing,” Harmon said.

Sitting on his butt was not an option in his house. The job market was not great for someone out of high school. The only real job available was at FedEx, and he didn’t want to work there.

“The military was my option,” he said. “The Marine Corps was the Key.”

Harmon enlisted in the United States Marine Corps in 1984 at the age of 18 right out of high school, but he didn’t attend Marine Corp Recruit Depot MCRD Parris Island, South Carolina until January 1985. Initially his mom didn’t like the idea of her son joining the military, let alone the Marines.

“They said when I disappeared out of her sight, she passed out,” Harmon said as he recalled walking through the gate at MCRD Parris Island.

After he earned the title of Marine, his mom’s attitude changed.

“All of a sudden she was a Marine too,” Harmon said.

As Mt.SAC’s student services specialist II, Harmon realized some of the people he sent to bootcamp are now students here at Mt.SAC, crossing paths with them again on campus.

“Strange because, I actually started seeing some of the students come through here that I put in the Marine Corp and/or I crossed through when they would join working at the United States Military Entrance Processing Command  MEPS,” Harmon said.

“Sad part about that is I lost guys that I put in,” he said. “It hurts on both sides you know? Dang! I lost one if my kids.”

One of Harmon’s “kids” was Victor Lu, who was killed during Operation Iraqi Freedom in November, 2004.

As Harmon prepared for his departure, he credited his success and the success of the VRC to the leadership of Manager of Financial Aid and Special Programs, Desiree Campos Marquez, Board of Trustees member, Jay F. Chen and President Dr. William T. Scroggins among others.

For Harmon, the decision to leave for a new job was not easy, but he’s grateful to continue working with veterans.

“It’s Bittersweet,” Harmon said. “I had to talk myself into this new position.”

For the veterans of Mt. SAC, he said they should continue to care about and help other veterans. Walking in the same shoes has uniquely qualified them to assist one another.