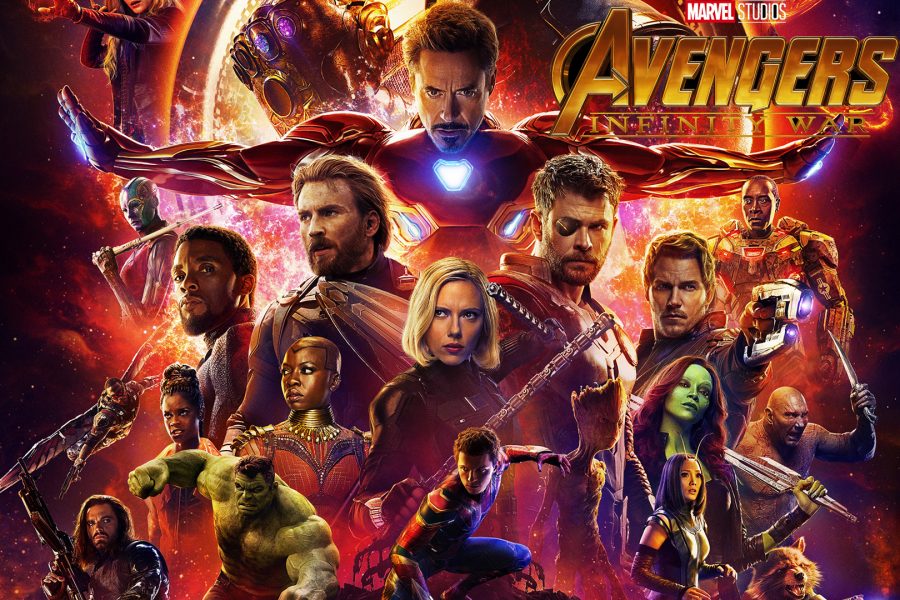 Disclaimer: this review is from a movie goer who loves films but has never read the comics nor has seen all of the Marvel flicks. There will be no connection to the comics. This is purely a review of Marvel Studios’ “The Avengers: Infinity War” as a non-marvel-comic-superhero fanatic.

I know this film has a huge fan base who’s read every one of the comic books, seen every single feature film that has premiered so far, but I’m warning you, I’m not one of them. This review is for those who don’t have a strong following with the series, but want to know what all the hype is about, and let me tell, the hype is there.

Of all the Marvel movies, the Avengers has always been my favorite. The storyline is usually the same. The Avengers are in a feud. They don’t want to speak to each other until an evil powerful mastermind wants to destroy/takeover the universe or earth. Avengers reunite and epically defeat the villain. But unlike the other films, you get to see all of your favorite Marvel characters for the price range of $8-14.

The movie starts off from the latest Thor film ‘Thor: Ragnarok’. For those who haven’t seen it and want to understand what the hell is going on in the beginning SPOILER ALERT! Thor loses his eye in a face off his long-lost sister Hela. The first ten minutes of the film start with Thanos’ destroying Thor’s home planet in attempts of obtaining one of the six infinity stones. Thanos’ ultimate goal is to find all the stones to be the most powerful being in the universe. The rest of the film is about how all of the Marvel characters you’ve seen in the theaters try to stop him and his crew of minions (not the cute yellow ones, that’s a different studio).

Unlike the last film, “Age of Ultron,” where some of the jokes seemed forced or out of place, all the ones in this film fit perfectly with the script. In my opinion, I though the script was well written. Not cheesy at all, super witty and I think it was part of the reason I didn’t feel like I was sitting in a theater for 3 hours (also because it was filled with plot twists and parallel story lines).

Infinity War is basically what the Marvel universe looks like if you were to watch all the Marvel movies at the same time. You see how every storyline overlaps. By the time you feel like you’re about to get bored, BAM! They hit you with another storyline or move into the parallel scene happening in a different part of the universe.

Despite all the plot twists, one of the advantages of the film is that it’s told in a way where people who haven’t seen all of the Marvel films can still understand what is going on.

My favorite part: the jokes. They are for everyone, whether you’ve seen all of the movies or you’re watching them for the first time. It feels like it caters to both the oblivious movie goers and the comic book savvy. One of the things that really made it exciting was hearing everyone else’s reaction in the theater every time a joke was made.

SCENE SPOILER ALERT: There is a scene in the film where Thor returns to the dwarf planet to get a new hammer, but the contraption that is supposed to melt the metal to build his hammer is somehow jammed and he has to hold the window open for the sun-ray to go through and warm up the pot. The Dwarf makes a comment saying, “It will kill you,” but Thor responds, “Not unless I die.” My favorite line of the film: it won’t kill you unless you die.

Even though you can still enjoy Infinity War without having seen the other movies, binge watching the other films will only add to the experience. However, if you don’t have 36 consecutive hours, these are the one’s I found covered the surface of what storylines unfold in “Infinity War”: “Guardians of the Galaxy” (first or second, doesn’t matter), “Captain America: Civil War,” “Doctor Strange,””Spiderman: Homecoming,” “Thor: Ragnarok,” and all the previous Avenger films.

As far as the script went, Spiderman’s lines were my favorite. I know there was a bit of backlash with the Spiderman film about having Tom Holland play Peter Parker, but I feel like he’s the best for that role. He has the perfect blend of awkwardly weird and wannabe-cool that makes him the cutest character there. Plus, at the end of the film, you really sympathize with him (not going to spoil anything).

The reaction of the different characters meeting each other was also great. The personality of each character was left intact and their catchphrases made for great punchlines. Like Steve Rodger’s response when Groot says, “I am Groot.” Rodgers said, “I am Steve Rodgers” (Did you know Vin Diesel does the voice of Groot? I know, you would think you would know since he only has one line). Seeing the biggest egos in the Marvel universe, Doctor Strange and Iron Man, in the same room  made for a great laugh, along with Peter Quill feeling threatened by Thor’s charm when he meets Gamora.

I think the movie is definitely worth seeing if you are a Marvel fan or not. You will laugh, you will cry, you will jump, but most importantly, you will have a good time.