A Storm Is Coming And It’s A Rant 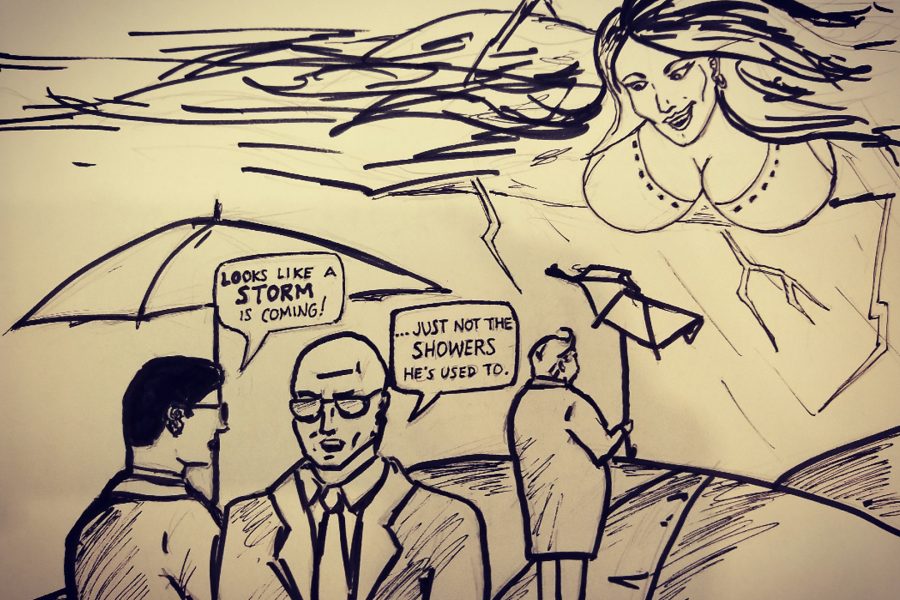 There’s a lot to this world that anyone can dissect and examine to the point where veins start visibly protruding from their skin due to the outrage of emotions those very things can evoke.

I consider myself to be an overall chill kind of guy, despite my opinionated nature. Then again who isn’t opinionated these days? As the saying goes, opinions are like assholes because everyone has one. I checked, and I do indeed have an asshole.

However, my chill attitude took a beating over the last 12 months, so much so that I’ve compiled a detailed and dedicated list of everything that has grinded my gears, rubbed me the wrong way, pissed me off, and whatever other relevant superlative you can chuck at this.

Number one on it are the 62,984,825 steaming, stinking, pieces of clueless souls who voted for Donald J. Trump to become President of the United States, and still support him or his administration after every hypocritical and damning act that has come out of the White House since the inauguration.

You know who you are. If you’re under the age of 25 or mistakenly think you’re part of the middle class when you’re very clearly still in the lower class and blindly voted Republican, or didn’t give enough of a shit to care about who you voted for, congratulations; you’re a dumbass.

If you were “oohed and aahed” when then-Press Secretary Sean Spicer mocked the Affordable Care Act or Obamacare, revealing it as an ominously thick stack of papers next to the thinly stacked Republican plan, which they billed as simple and less convoluted during their failed attempt at repealing Obamacare, congratulations; you’re a dumbass.

Conversely, if you turned a blind eye to the Republican tax bill in December, which was over 500-pages long and only circulated to your elected representatives in the Senate hours before the final vote took place in what was one of the sketchiest, dirty-ass moves in Congress of all time, congratulations; you’re a dumbass.

Have I mentioned anything about Robert Mueller’s Special Counsel investigation over Russian interference, the 100 criminal charges and 22 indictments that very investigation has produced, or anything on the criminal case against Trump’s former lawyer Michael Cohen? I don’t need to.

Even if I drew you a picture, which I did, if you voted for him for whatever reason and to this day still proudly wear either a physical or proverbial MAGA hat over your head after all of that, congratulations; you’re a dumbass and number one on my list of things that piss me off.