Softball Takes Down Ohlone College In Opening Game Of State 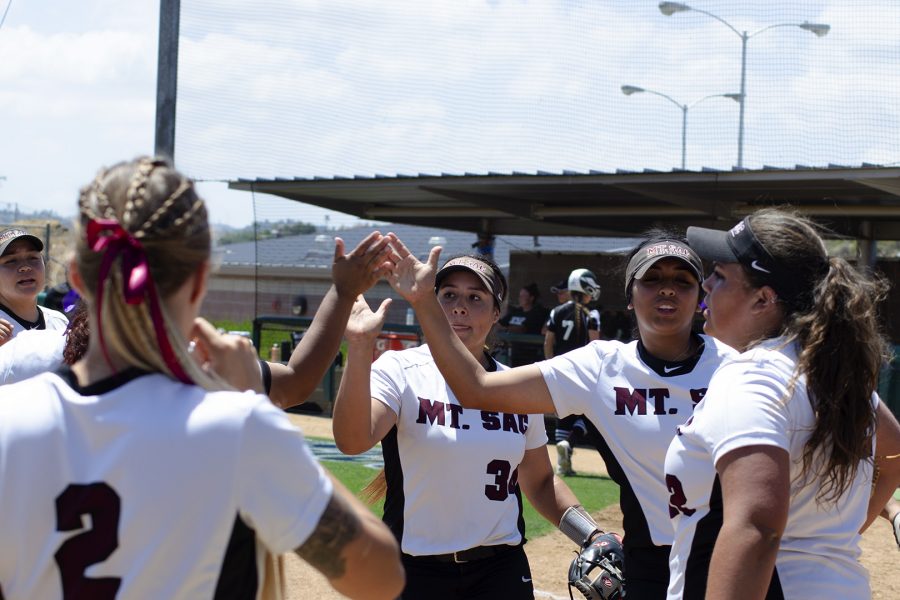 After a season long journey to the doorsteps of a state title, Mt. SAC Softball kicked the door in with a 2-1 win at home over the Ohlone College Renegades in the opening matchup of the California Community College Athletic Association State Championships on Thursday, May 17.

The Mounties were coming off two straight sweeps in the Southern California Regional playoff tournament while the Renegades put themselves through the gauntlet in their Nothern California postseason campaign, taking each series to a decisive game three.

Despite the longer path the the first game of the CCCAA State Championships, Ohlone was seemingly eager to get things underway when freshman shortstop Lauryn Garcia gave the Renegades a 1-0 lead in the first inning with a home run to deep left.

The Mounties had a major opportunity to cash in huge in the bottom of the inning when they had the bases loaded with zero outs, but Ohlone pitcher Ana Beard and the Renegades’ defense put a stop to that.

However, Ohlone struggled to put runs on the board after that with Mt. SAC’s Briana Wheeler pitching through four innings and a third, only giving up two hits and the one run, while striking out five for the day.

Jessica Olvera took over for Wheeler in the top of the fifth with one out and locked it down, setting up the Mounties to go to work in the bottom of the inning.

After Michelle Banales got on first base by shortstop error, Mt. SAC finally broke through when Michelle Santiago hit a massive two-run homer to deep center, giving the Mounties the 2-1 lead heading into the sixth.

“It left really cool. I can’t even explain the feeling,” Santiago said on hitting her first home run of the season. “My teammates kept telling me I’m the only sophomore this year not to hit a home run and my sophomores kept telling me, ‘you’re gonna do it when it matters so do it when it matters.’ Hitting out I was like, ‘no way, it really came true.'”

I've been scanning my fan mail on Twitter. Love the fact that my fans come from all over the earth, but I'm still waiting to hear from Mars and Jupiter. Excelsior! pic.twitter.com/SdWPg0Hu5B

The Renegades showed a little sign of getting things together in the sixth but got a two out hit in top of the seventh from first baseman Brooke Niewoehner. Ultimately, it was not to be as Mt. SAC’s defense secured the final out and a ticket to the next round in the winners bracket.

“It was a huge win for Mt. SAC; its very exciting, it’s a great way to start the tournament, and we’re very proud of our team,” Mounties head coach Rubilena Rojas said after the game.