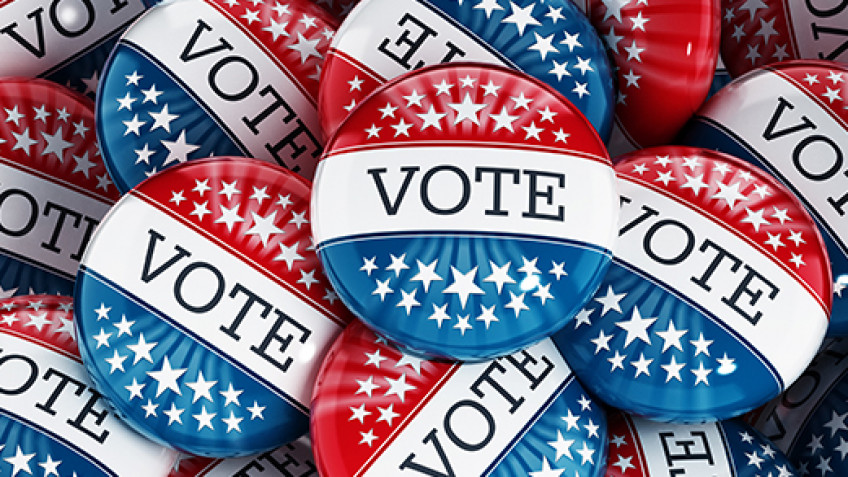 While Robert Mueller’s investigation into President Donald Trump and his administration’s possible collusion with Russia makes the 2016 election feel rather recent, California’s June 5, 2018 primary election is closely approaching, in fact it is already here. Don’t worry, you still have time to register to vote, however, vote-by-mail ballots are already being sent out, so voting is already starting in the state. If you need a place to start you have come to the right place, this guide will breakdown on how to register to vote, some of California’s statewide elections and how to research your local elections. Let’s get started.

First off, make sure you’re registered to vote at your current address. If you’ve been to the DMV since April 16, you may have been automatically registered thanks to a new law. To check that you are registered California’s Secretary of State website has a list on how to check in each county here.

If you are registered at your current address and are not interested to vote-by-mail feel free to skip to the next part, otherwise let’s go through it.

Registering to vote in California is as simple as clicking the link here and filling out the online documents which require your California Driver’s License or California identification card number, your social security number and your date of birth. If you’re under the age of 18 by the June 5th election you can also use the link to pre-register to vote and be set for the first election after you turn 18. Quick reminder that you have until 15 days before the date of the election to register in order to be registered to vote in that election. So for the June 5 election that means you have until May 21 to register.

Now that you’re registered to vote, let’s move on to talking about the election itself with some of the state races and how you can find more info on them.

A quick reminder before we move on that elections in California are held under a Top-Two system. That means every candidate runs in the same primary and only two move on to the general election regardless of party affiliation. Clear? Ok, now let’s get to the statewide races.

The Race for Governor

The biggest race in the 2018 midterm election is the race to succeed Governor Jerry Brown following his second eight year stint as governor. Let’s get one thing clear, this race is not already decided we’re just at the primary. Yes, Lieutenant Governor Gavin Newsom has been the consistent front runner in polls. That’s because he’s been in the race since the beginning of 2015, if not since he backed out of the 2010 Governor’s race and ran for Lieutenant Governor, and has gathered a large liberal and diverse base in California anchored in his hometown of San Francisco but with support in urban, suburban and rural parts of the state. Much of this is due to Newsom championing liberal policies through his career, as mayor of San Francisco Newsom in 2004 ordered the city-county clerk to issue marriage same-sex marriage licenses, Newsom has also been a vocal supporter of legalizing marijuana and of universal healthcare, stances that have made Newsom popular with liberals, and well, California is liberal.

But let’s be clear, even if one of the spots in the general elections already has Newsom’s name on it Californians have the opportunity to give another candidate five more months the chance to convince enough Californians that they would be the better Governor.

Newsom has a number of places in both his policies and history to get attacked on. In the age of the #MeToo movement, Newsom’s opponents have had no issue attacking him over his 2005 affair as mayor with Ruby Rippey-Tourk, the wife of his campaign manager and deputy chief of staff, while Newsom was going through a divorce. While in terms of policies the high costs will worry some voters that are more fiscally minded while his consistent attacks of President Donald Trump will likely ensure there’s no overlap in voters.

Ok, enough about Newsom, who is he running against? Well the 26 other candidates on the ballot are a bit much to go through. But if you follow the polls there are four candidates competing to face Newsom in the general election. Sorry ladies, it does not seem the first female governor of California is happening this year.

Consistently taking place in polls, but having recently been losing ground, former Los Angeles Mayor Antonio Villaraigosa is running for governor as a more moderate Democrat and forming a base of support among Latinas in the Los Angeles area. When it comes to healthcare Villaraigosa supports preserving and expanding the affordable care act but you won’t find support for universal healthcare. His more middle of the line support has cost him support from Democrats who have attacked him on his support of charter schools and accepting large donations from millionaire charter school backers. Villaraigosa has also faced push back for his affair while mayor with Spanish-language news reporter Marisela Villar.

One of the Republicans looking to take on Newsom in the general election is John H. Cox a businessman and accountant that ran for President in 2008, however, Cox has no experience in elected office. Cox’s policies could best be described as Trump-lite running to end California’s Sanctuary State law and end some of the state’s taxes, such as the recent Gas Tax, and regulations. Cox had also tried to enter an amendment to the state constitution for the November Ballot. That amendment would have required state legislative districts have a population no bigger than 10,000 residents for the state senate and no more than 5,000 residents for the state assembly. That amendment fell 25,000 signature short of making it to the November ballot however.

Another Republican trying to face Newsom in the 2016 election is Assemblymember Travis Allen. Allen represent California’s 72nd State Assembly district which includes Seal Beach, Garden Grove, portions of Huntington Beach, where Allen is from, and Santa Ana. Allen has tried to gain support from Trump voters running under a campaign slogan to “Make California Great Again.” Allen is running on a platform to cut taxes, build new infrastructure in both transportation and state water projects, and getting tougher on crime including end California’s sanctuary state law. Allen has also faced criticism for making blatantly false statements such as when he claimed a bill in the state legislature meant to ban gay conversion therapy would ban the bible from being sold in the state. Allen’s name also appeared in a collection of documents released by the state legislature on substantiated sexual harassment claims made against legislature members.

The last candidate this guide will cover is State Treasurer John Chiang. Chiang is a Democrat running as a more fiscally conscious liberal than Newsom while running on many of the same policies. During his tenure as State Controller Chiang defied then-Governor Arnold Schwarzenegger’s plan to slash the salary of 200,000 state employees to the federal minimum requirement of $6.55 per hour. Chiang used the powers of his office to continue paying state workers their salary. Chiang has also championed public schools in the state while other candidates, barring Newsom, support charter schools.

While Newsom, Villaraigosa, Cox, Allen and Chiang there are also 22 other candidates running for governor. Want to find more info on each candidate and who there top donors are? A lot of that information can be found on Voter’s Edge, a site run by the League of Women Voters, a non-partisan group that wants to increase the participation of women in politics. Their list on candidates for governor can be found here.

Much like the race for governor, the question in the race for Senate is who will face the obvious leading candidate, in this case, incumbent Senator Dianne Feinstein. Feinstein is running for her fifth term as senator and has received the endorsement from high profile Democrats such as Brown, Senator Kamala Harris, House Minority Leader Nancy Pelosi and just recently former President Barack Obama. However, that doesn’t mean Feinstein isn’t facing competition from her own party.

Feinstein’s main competitor in the senate race is Kevin de Leon, the former leader of California’s Senate, who at the Democratic state convention nearly won endorsement from California’s Democratic Party for the U.S. senate race taking 52 percent of the vote falling short of the required 60 percent. Leon is running to the left of Feinstein arguing that the 84-year-old senator is out of touch with California’s modern day liberal policies.

Leon, the author of California’s Sanctuary State law, has criticized Feinstein for her wavering support of undocumented immigrants. Though she was one of the few senators to vote against ending the federal shutdown without a legislative plan to continue protections established under the Deferred Action for Childhood Arrivals DACA program. Feinstein has also been shifting her policies to the left through the course of the election. Recently Feinstein stated her support of federal laws to protect states that have legalized marijuana for recreational support despite being a vocal opponent of California’s legalization of the drug.

Though Leon claims that Feinstein is out of touch with modern Californians it should be noted that in her last election Feinstein claimed that most votes in any U.S. senate election claiming 7.75 million votes throughout California. With Leon as Feinstein’s only consistent competitor it is likely the two will continue on to the general election.

Local and Other Races

Everyone’s district will be different, locally the 32nd congressional district incumbent will run unopposed, while the 39th district has 20 candidates running for the one seat. As an extra treat you can read about seven of those candidates’ visit to Mt. SAC.

In the end, what is most important is that you get registered, you do your research and get out to vote!