It’s You, Not Me Who Needs To Adjust 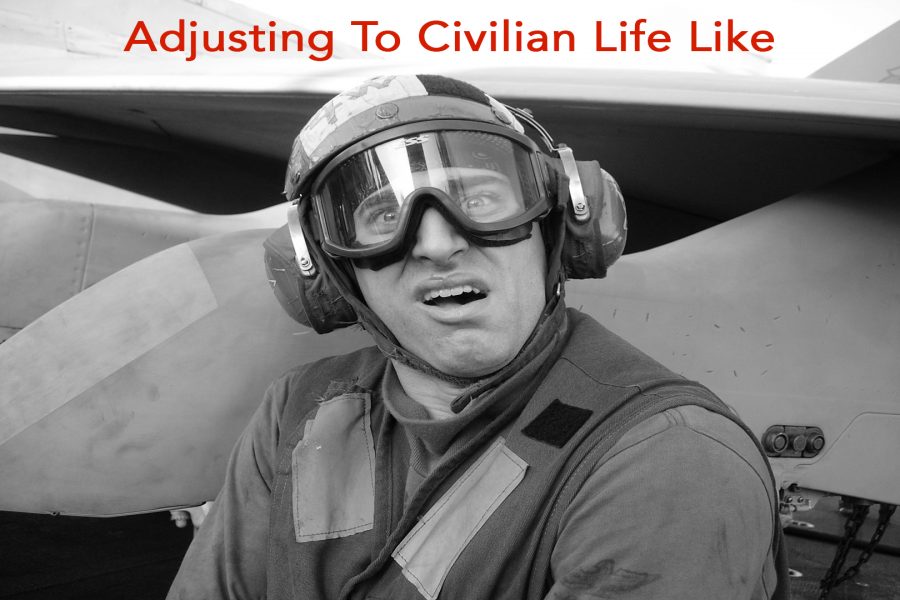 What irks me the most is the disconnect between military veterans and the civilian world including the pursuit of higher education for veterans. Behind the physical appearance there is a person too, just like you. We’re not 18 or 21 years old, we’re a little older. We’re people who grew up fast, but act like kids at times and our sense of humor, forget it. It’s too vulgar and you’ll never get it. Some do, but not all.

Some of us are all of the above and some of us, well, we’re just trying to find a way to make a difference, a way to give back to the community just like you. I guess that’s why we’re in college. But to sit there, and listen to students complain, and give excuses on why they can’t do this or that, is frustrating. You really can’t adapt and that makes me think of all I’ve been through, resulting in me having a panic attack.

Veterans have a vast knowledge of life experiences, leadership and education although not through your traditional education. We’re people trying to adjust to a world we’ve been absent from. We’ve lead and we followed people into war, training missions or humanitarian aid, whether it was onboard an aircraft carrier or actual boots on the ground, away from friends and loved ones for an extended period of time.

It’s like this, you would leave for four to nine months only to come home and be four to nine months behind trying to play catch up with everything you missed out on. Sometimes we’re gone for longer periods of time. I won’t lie, some were lucky and never had to deploy, but we veterans have our experiences and scares.

I hate that it’s been hard to adapt to everyone; family, co-workers, fellow students and your everyday JOE BLOW civilian who’s some weapon, military, political expert talking about how they would do things different if they were in the military. Then say, “The military is just not for me. I can’t take orders from someone.”

Guess what, you’ll be taking orders from people your entire life.

To be honest, if I didn’t have family to rely on, I’d be homeless and that’s the most humiliating thing for me to admit. After serving for almost nine years, I had nothing.

Yes, I had materialistic belongings. That’s something, right? What I mean by nothing, I mean no guidance on how to pursue an education, no job, no plan. And maybe that’s my fault, but doesn’t that make me just like you?

What I did get was a: Navy and Marine Corps Achievement Medal, Navy Recruit Training Service Ribbon, and a Honorable Discharge at my third and last duty station, and added to all my other awards, ribbons and medals I was awarded throughout my time in service.

Luckily, I had a buddy who got me a job with an aerospace company, but it wasn’t all that it was made to be. I bumped heads with civilian co-workers that never worked aircraft maintenance. I’ve done aircraft maintenance longer in the military than they’ve been at this company. So I quit and decided to pursue my education full-time.

Since then, I’ve found other jobs, but I never felt that I could fit in. Mostly because I was never paid what I was worth, and I get it, “You gotta start from the bottom and work your way up.”

Really? A veteran who has a lot of experience is only worth $12 an hour. With that, how can I get on my feet and become part of society?

Also, having service connected disability, including PTSD, I learned that I cannot socially communicate well with others. I either come off too strong or come off as I don’t give a shit, and I don’t know where I fit in. But I’m positive I’m working on fixing me.

I’ve started writing, and for me, it’s therapeutic. I’m able to say all the things I’ve never been able to say. I’ve become involved with Mt. SAC, and became part of the veterans club and SAC.Media.

So overall, I somewhat feel like I fit in, but I know I’ll never fully fit in. Look, I don’t expect anyone to understand, but at least I acknowledge it, and you can meet me halfway.