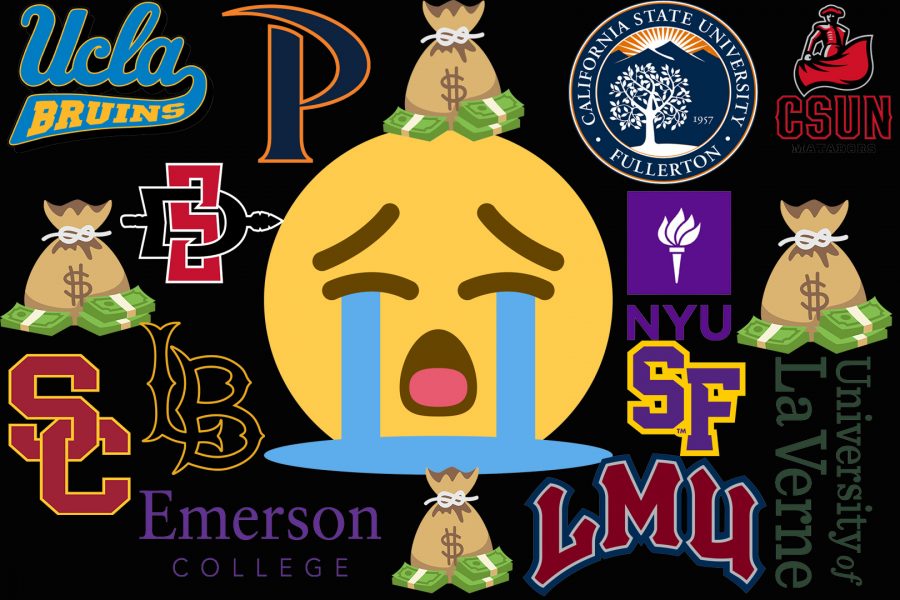 Graphic made by Joliana Frausto.

Speaking from experience, don’t apply to 12 colleges. I am telling you this for your own good. I am a transfer student who applied to transfer for the fall of 2018.

I applied to 12 schools (five Cal States, one UC, and six private colleges) and got into 10. While getting into so many colleges was a satisfying experience, the stress was not worth it.

I started filling out applications in November 2017, and finished April 1, 2018. I spent so much time applying to schools, some of which I didn’t even want to go to at all.

The Cal States didn’t take much effort since there were no essays. For the UCs and private schools, there was a lot of wasted time and stress spent on essays. I didn’t even want to go to the one UC I applied to because the program wasn’t a good fit for me.

Instead of wasting time on schools you don’t want to go to, spend time perfecting the applications that mean the most to you.

Also, applying can be expensive. Cal States cost around $50-60, UCs cost around $70, and private colleges cost around $80-90. Applying to these schools cost nearly $800 (not even counting the fee to send transcripts and financial information). Actual college tuition is expensive as it is, so don’t waste too much on applications.

Safety schools are schools that you know for sure you can get into. For these schools, do your research and actually make sure you would be okay with going to them just in case the worst happens.

Target schools are the schools you think you might be able to get into. These are the schools that you will most likely get into, based on your statistics (GPA, extracurriculars, etc.).

All of the stress could’ve been avoided considering I only wanted to go to six of the schools I applied to. I had two safety schools, two target schools, and two reach schools that I actually considered going to because I like their program.

The other six were extra-safety schools, just in case I didn’t get into any others. With those schools, I either didn’t like their program or didn’t like the campus. When I got accepted to them, I was happy that I got into some schools but I immediately ruled them out.

However, I was really excited about two of my safety schools and I realized I should have only applied to those for that category.

Here is what you should do instead: research, I always recommend applying to safety schools, but don’t over do it.

Think about the areas that you wouldn’t mind living in, and look at the colleges in those areas. Then, research the programs at those colleges and see if they have the major and curriculum you want/need. Then, choose the colleges that you could actually see yourself going to.