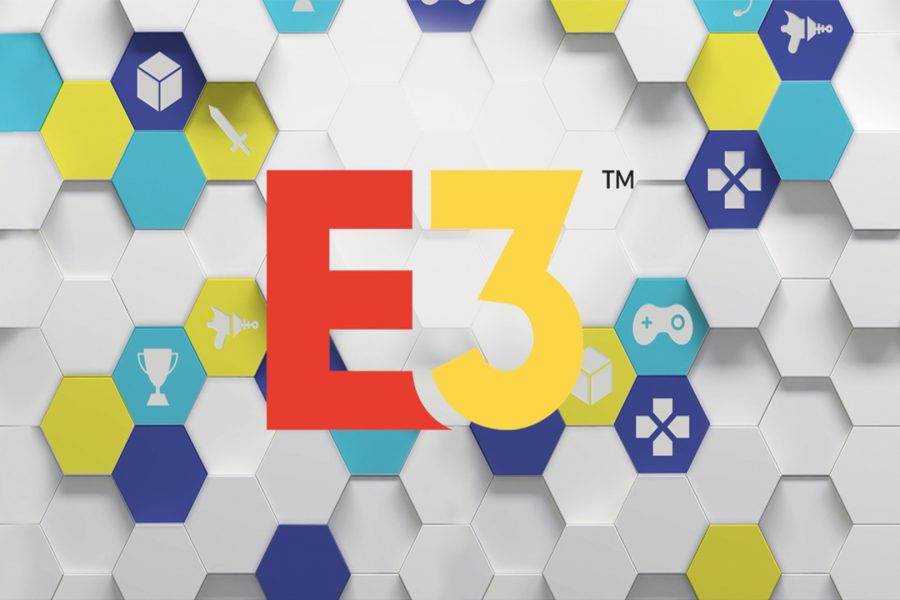 Every week there’s something happening in the world of nerds. But since E3 was this week, here are the games, I believe, you should be most excited about. That being said, remember to not pre-order games solely based on official cinematic trailers, we wouldn’t want another No Man’s Sky now would we?

Not much to say about EA. They promised a few things, but given their track record we’ll just have to wait and see if they’ll actually deliver, or give us a roundabout way to charge us some other way that isn’t loot boxes.

The Democrats are forcing the breakup of families at the Border with their horrible and cruel legislative agenda. Any Immigration Bill MUST HAVE full funding for the Wall, end Catch & Release, Visa Lottery and Chain, and go to Merit Based Immigration. Go for it! WIN!

XBox has proved once and for all proved that more isn’t always good. They announced 50 new games but only 18 exclusive titles. Out of them, only a few really looked appealing. Let’s get started.

The Rumors Were True
Cuphead did indeed receive a dlc! Titled “The Delicious Last Course” (DLC for short ha!) this DLC that is set to release sometime next year includes a new playable character, Ms. Chalice, as well as new stages, bosses and weapons. Check out the trailer below:

The Sequel
It’s truly beautiful. Ori and the Will of the Wisps is another exclusive set to come out next year and it looks beautiful. Words don’t do this game justice, just have a look at the trailer below:

They had a few other new notable games, though most were not exclusive including Halo Infinite, Gears 5, Cyberpunk 2077, Devil May Cry 5, Dying Light 2, Fallout 76, Just Cause 4, Kingdom Hearts 3, The Division 2.

Bethesda takes us home and merely teases us along the way.

Country Road
The only real game Bethesda showcased this year is the much anticipated Fallout 76. An extended trailer was given showing us more of the world, as well as the multiplayer function. Well, more like the game is purely multiplayer. Anyways check it out:

Other than this, everything else was teasers including Doom Eternal, Starfield, their sci-fi game rumored to come out next gen, and The Elder Scrolls 6, rumored to come out after Starfield. Final note, you can now play Skyrim on Alexa. Maybe the memes were right, and we’ll be seeing it on our microwaves soon enough.

I’ve never been so disappointed by Square Enix before. No FF7 news and very lackluster games bar Shadow of the Tomb Raider.

Tombs, I Hate Tombs…
What’s there to say really? Lara Croft is back in Shadow of the Tomb Raider and she’s just as badass as ever. This is a much longer trailer as it includes commentary and gameplay, being that it’s one of the few games they showcased this year. At least it looks amazing.

Other games that may catch your eye from Square Enix, at least they caught mine, include Just Cause 4, which was accidently leaked by Steam a few days earlier, Octopath Traveler, which will be released on the Nintendo Switch, and the Final Fantasy XIV + Monster Hunter: World crossover.

I recently build my computer from scratch, and am in the process of saving up to buy a virtual reality set. After one of Ubisoft’s showcased games, I’m more determined than ever.

If Even Just For This Game, It’ll Be Worth It
I’ve always been a fan of horror, and this game is everything I want in a VR horror game. I don’t wanna spoil anything, so just check out this amazing trailer below. Oh, and Elijah Wood is helping create this game through his production company, SpectreVision.

Ubisoft also released some more information on Division 2, including a free dlc for the game, as well as news on Star Fox coming to Starlink: Battle For Atlas, game play from the attractive pirates in Skull & Bones, and the new game, Assassin’s Creed Odyssey, which is basically just another Assassin’s Creed.

As expected, Sony killed it this year. Enough said.

The Best Of Them
Probably the most hyped I’ve been for a game in a long while, even more so than when Kingdom Hearts 3 was announced which I and many like me have been waiting 14 years for, The Last of Us Part 2 blew me away. I can’t, I really can’t even begin to describe how amazing this game looks, and I love Ellie, the game’s protagonist, an openly gay female lead. And just wow, Sony did an amazing job showcasing this game. But, like I’ve warned you earlier, I still won’t be pre-ordering this game, although I have to say, if there are any games I would pre-order, this would be at the top of my list. Anyways, this trailer is very long but well worth it:

Chronicle The Video Game
Although Sony said they were gonna focus on just four games, they showed us what I would describe as what happens when Chronicle, the movie about three friends that get mysterious powers which came out in 2012, meets third person shooter video games. Control looks amazing, and again, features another strong female lead, Jesse Faden, who is tasked with fighting supernatural enemies after becoming the Director of the Bureau of Control. Check out the trailer here:

Spiderman showed us a ton of his iconic enemies, and hinted at an even greater one, we still have no clue what Death Stranding is about, and Kingdom Hearts 3 showed us an evil Aqua which have fans screaming undecipherable words, myself included.

Everyone! Get In Here!
The name for the upcoming Smash title has been released. Super Smash Bros. Ultimate will be released on December 7 of this year. With it, we’ll be getting EVERY CHARACTER ever released in the Smash series. In addition, three new characters were announced, Ink Boy/Girl, Daisy, and the long awaited, Ripley. Too bad Waluigi is still just an assist trophy. In addition, Nintendo announced the return of GameCube controllers for the upcoming SSBU, new mechanics such as midair dodge and changes to perfect shield and dodging penalties.

Monopoly
It’s that time, where temporary truces are made, but mostly family and friendships are lost. That’s right, Super Mario Party was announced for the Switch, and it looks pretty nifty. The game will be released on October 5. Don’t let the trailer fool you, enemies will be made. Are you ready to host a party? I’ll bring the chips.

Finally, Xenoblade Chronicles 2 DLC will be coming to the Switch, as well as Fire Emblem: Three Houses, the first iteration of the series on Switch, and the Splatoon 2 Octo Expansion is out now, so check it out!