The Trump Administration Does Not Care About You 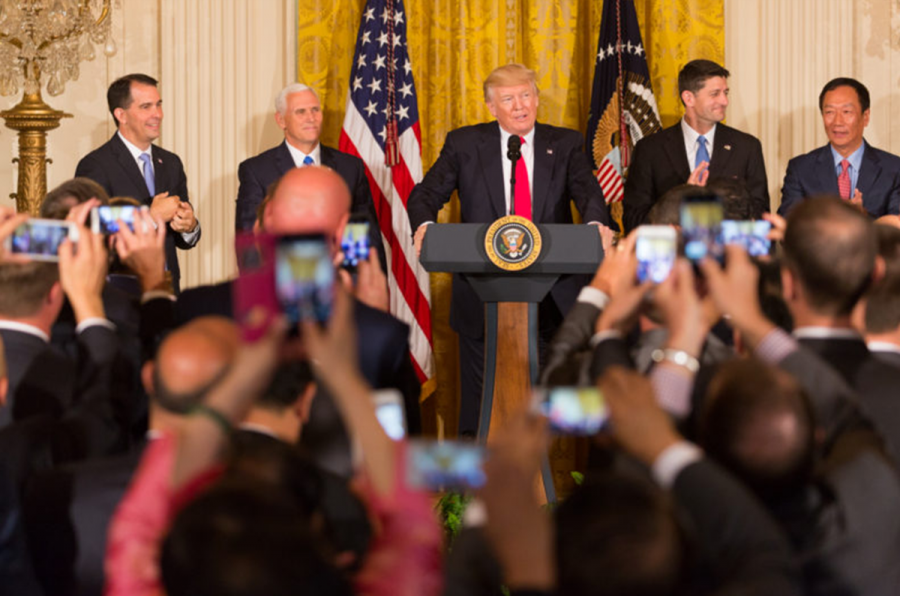 Millennial Bullsh*t is an op-ed column by Angelica Cruz based on her “Millennial News” series. This column will break apart the news and act as a resource to drive the movement for change for the younger generation, because honestly we’re tired of all the bullshit.

Let’s get one thing straight, the Trump Administration does not care about you.

Donald Trump is a menace. In fact, he’s a menace with the responsibility to make decisions that’ll affect the lives of many people. Prior to the election, when people warned that he would wreck everything that mattered, they weren’t overreacting and they weren’t joking. They were not saying this to blend in with a crowd. They were speaking out because they were scared, and Donald Trump’s presidency has continuously and gradually made every one of those fears a reality.

Granted, things weren’t great even before Trump. Comedian Hari Kondabolu pointed this out in his daily tweet reminder about the Trump presidency. Every day since the inauguration, he has tweeted, “This is not normal (and normal wasn’t that great either).”

Kenta Maeda talks about his hip strain, when he initially felt the pain and possibly heading to the DL. #Dodgers pic.twitter.com/BhOzC2h5vd

We as a community must refuse to let this wave of bad news get to us, and we must work together. We must take care of one another as much as we must fight together. It took a team to get us to where we are now, and it’s going to take a team to get us out of it.

And the first step of being involved is being informed.

In a 5-4 decision, Chief Justice John Roberts reversed the ruling of a circuit court decision that put the travel ban on hold. This current version prevents immigrants and visa holders from Iran, Libya, North Korea, Somalia, Syria, and Venezuela, and Yemen from entering the United States. A majority of these countries are Muslim which has led to it being referred to as xenophobic.

According to a Vox article that sums up the travel ban very well, “The existing ban is much narrower than Trump’s first attempts – thanks in part to early court defeats in 2017, it only applies to certain categories of visa applicants (depending on country) and theoretically allows for would-be immigrants to apply for waivers… But it’s also designed to be permanent.”

To-do for the Week: While in hindsight, it can be difficult to understand the importance of the decision of the travel ban, check out this article by CNN that gives a glimpse of the lives of the countries affected by the ban.  As well, here is a good article from Politico featuring why these countries were chosen.

Kids in Cages and Abolish ICE

Unless you’ve been living in a cave, you’ve probably heard about the Trump administration’s mistreatment of immigrants, particularly children. Due to a “zero tolerance” policy that prosecutes any adult coming to the country illegally, as adults are being held in jail they become separated from their kids. It’s led many people to ask what is happening to these kids, and well, the world was given the answer to that.

Numerous organizations showed the locations where these children were being detained in, including an abandoned Walmart. These “tender age” shelters have been criticized by numerous media outlets, politicians, and even numerous conservatives.

We are now outside Casa Padre, the detention center in a converted Walmart where it is believed up to 1,500 children are being jailed. We are standing outside the perimeter of the parking lot where signs read "keep out." pic.twitter.com/r30IFoIx9H

It is because of this zero tolerance policy and the mistreatment of children and immigrants that has lead to a stronger call to abolish ICE. More Democrats are now openly supporting abolishing ICE, including the recently elected Democratic Socialist Alexandria Ocasio-Cortez.

In an article by Vox titled “Abolish Ice” Is becoming more than a protest cry,” it reads, “This, in many ways, is the activists’ strategy working. A radical idea — abolishing ICE — transformed into a more viable, and potentially achievable, political plan.”

To-do for this week: It’s time for some reading. CNN does a good summary on what’s happening to these children that you should read to get a good grip on what’s going on. Also, Teen Vogue’s Elaine Murphy wrote a great story on how family separation impacts children.

As well, instead of feeling hopeless for these kids, Teen Vogue has created a list on ways to stand up for these families including organizations to volunteer at and charities to donate to.

Tragedy at the Capital Gazette

This year has been filled with tragedy. However, this incident hits particularly close to home. In the offices of the Capital Gazette in Maryland, a shooter identified as Jarrod Ramos killed five people. The victims all worked for the paper. The suspect, who is in custody, had sued the paper previously for defamation, however the lawsuit was dismissed. In fact, Ramos had made online threats to the paper in 2013 according to Police Chief Timothy Altomare. The event is being looked into as a targeted attack.

This is important since gun violence has been more prevalent in our society, but also because Trump has openly called out the media to villainize it.  Conservatives who support Trump have called for violence against journalists, and Trump referred to the media as the enemy of the people as recently as last Monday.

In his statement on what had happened, Trump said that journalists should be “free of the fear of being violently attacked.” This sudden change of tone doesn’t change the fact that five journalists are dead now.

Trump on Monday: ‘The enemy of the people, I call [the media]’Trump today: ‘Journalists… should be free from the fear of being violently attacked’ pic.twitter.com/K0Ny4sS1WV

To-do for this week: First off, the press is not your enemy. The press is here to hold people accountable, tell the stories of those without a platform, and help provide information to people. Do not let Trump’s rhetoric change that for you, because it doesn’t change that for those working in media.

If you want to help the victims of this shooting, check out this link featuring numerous GoFundMe pages devoted to supporting the Capitol Gazette and the five reporters who died as a result of the shooting.

Supreme Court Associate Judge Anthony Kennedy announced his retirement which will be official on July 31. As the longest-serving member of the Supreme Court, he’s acted as the swing vote in some of the most important cases in recent years including cases that dealt with the legalization of same-sex marriage, abortion, the Voting Rights Act, and campaign finance restrictions. Not only that, but his retirement means Donald Trump gets a second pick in building the Supreme Court, which means he could potentially create a team that could be dangerous toward some of America’s greatest decisions for a long time.

Republicans have continuously been gearing up to create a more conservative court. Back in 2016, after the death of Judge Antonin Scalia, they refused to give hearings to Obama-nominated Chief Judge Merrick Garland until his nomination expired. As a result, Trump successfully nominated Neil Gorsuch whose past decisions have proven his conservative background.

Trump says he’ll announce his “highly talented, very brilliant, mostly conservative” Supreme Court nomination on July 9. This is important because the Supreme Court will be making some of the biggest decisions of our future, and we should be aware of who’s going to be making them.

To-do for this week: Unfortunately, we have to wait until July 9 to hear Trump’s nomination picks. However, numerous publications have released lists of people who they predict will be a part of the announcement. This is important because whose on the court will affect decisions that will change the lives of everyone in the United States . If you want to read in words how important it is, read this op-ed by The Hill titled, “It all depends on what kind of conservative Trump chooses.”

As a final note, it’s only a few months until the November midterms and a lot is on the line. As safe as you may feel living in a “liberal” state, if you do not vote, what can be lost is worst than anyone can imagine. 435 seats in the United States House of Representatives are opening up in this election, and 35 of the 100 seats in the United States Senate are being contested. While this isn’t the presidential election, what is accomplished can really shake up things.