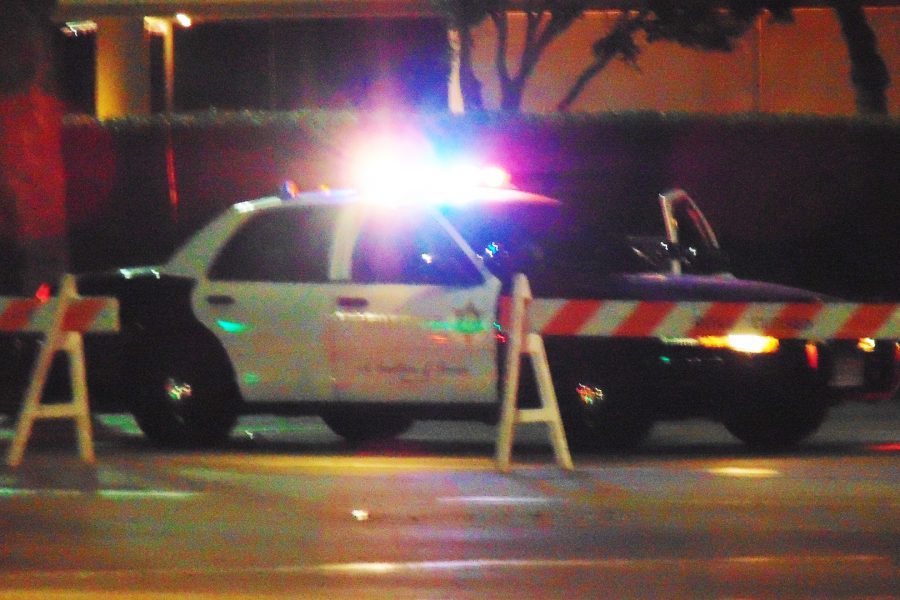 The scene and West Pomona Boulevard are barricaded while the crime is investigated. Photo Credit: Joshua Sanchez.

Mark Manlapaz, a Cal Poly Pomona public safety employee, was fatally stabbed on Friday, June 29 around 4:30 p.m. and a lone suspect was fatally shot 15-25 minutes later less than a mile away.

The parking officer’s throat was slashed inside of his truck on 3801 West Pomona Boulevard. The victim was 37. Manlapaz was not a sworn officer and did not carry a gun.

The suspect was also fatally shot at University Road and Temple Avenue by a Cal Poly Pomona Police Officer and a Pomona Police Department officer.

Rescue personnel were called to the campus around 4:50 p.m. according to the Los Angeles County Fire Department dispatch.

The motive is unknown, but KTLA tweeted that a knife was found where the suspect was shot.

A witness described the male suspect as “out of it” and “acting strange” after saying the suspect attacked another man.

Preliminary information at the scene implicates the suspect.

A potential blood trail leading to a classroom was also implied as the means that led the officers to finding the suspect, but the investigation is still ongoing and that claim has not been verified.

The relation between the men is unknown, but sources suggested the suspect was a custodian.

The suspect has been found to be Rodney Lee Hunter, 27, a Cal Poly Pomona custodian as of July 9.

“We’re very sad to see what we saw,” Olivieri said. “Our heart goes out to the Cal Poly Police Department.”

A press release written by Deputy Juanita Navarro-Suarez was issued.

With the ongoing investigation, there are a lot of unanswered questions.