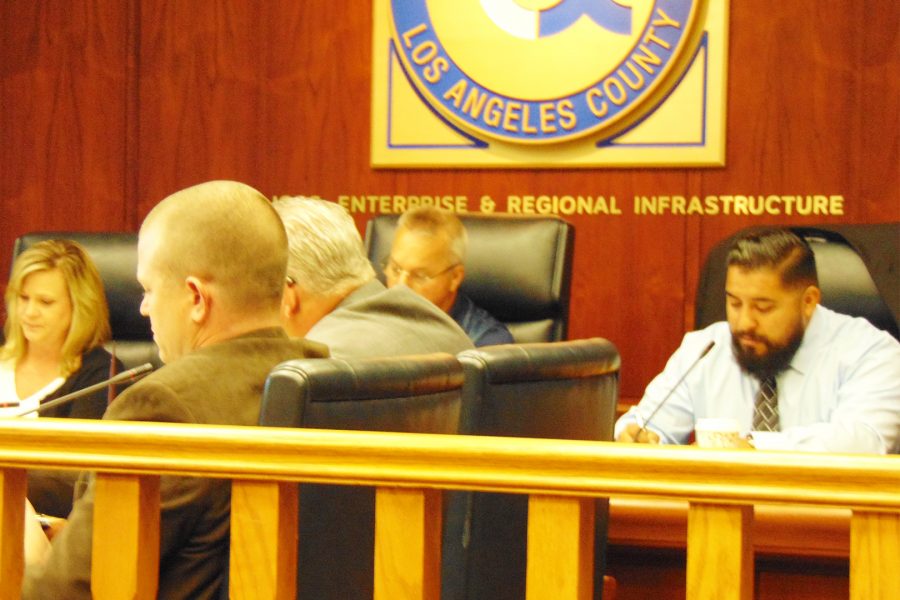 The Industry City Council held a regular and special meeting on Thursday, July 26 to pass all but one item before going into closed session, where they discussed the ongoing court cases.

The special meeting was held first, and its two items were approved.

The first concerned a master ground lease that Mayor Mark Radecki said had previous issues before it was revised.

It was approved 4-0, with council member Abraham Cruz abstaining from the vote.

The second item involved the termination of an agreement related to investing. A previous city manager had made the agreement without the treasurer’s agreement.

The current staff wants to be more fiscally conservative with the investments, and there were questions raised as to why the city is paying nearly a million in fees despite the economy doing well.

The motion was then made to terminate the contract and it passed unanimously.

The consent calendar passed 5-0, but some council members abstained on Item 5.1 saying there was a potential conflict of interest.

The item authorizes city officials to pay the bills and approves the register of demands.

Action Item 6.9 was tabled, with no voting on the issue. It involved a report outlining the plan for a solar canopy power generation system.

After a city issued RFP, there are four options for canopy size that the council would have to pay to maintain.

At $3.29/W the estimates provided were as follows:

The Skybridge PPA would have no upfront cost, but would still save the city around $12,000 each year.

The panels would last 30 years before needing a replacement and would cover their own costs.

Paul Carey who provided the report and answered questions also said that trees would be in the way if they changed the plan, but they would only lower efficiency.

With this information, the council asked how much it would cost to remove trees along with other specific details.

After the report, the meeting ended on a public hearing item which passed at a unanimous 5-0. The item allowed for the construction of a new stealth wireless facility equipment area behind a building.

The meeting then turned to reports, where Mayor Pro Tem Cory Moss said the Camp Courage event was a great experience. After that, the meeting adjourned into closed session.

The next regularly scheduled Industry City Council meeting is on Thursday, Aug. 9.