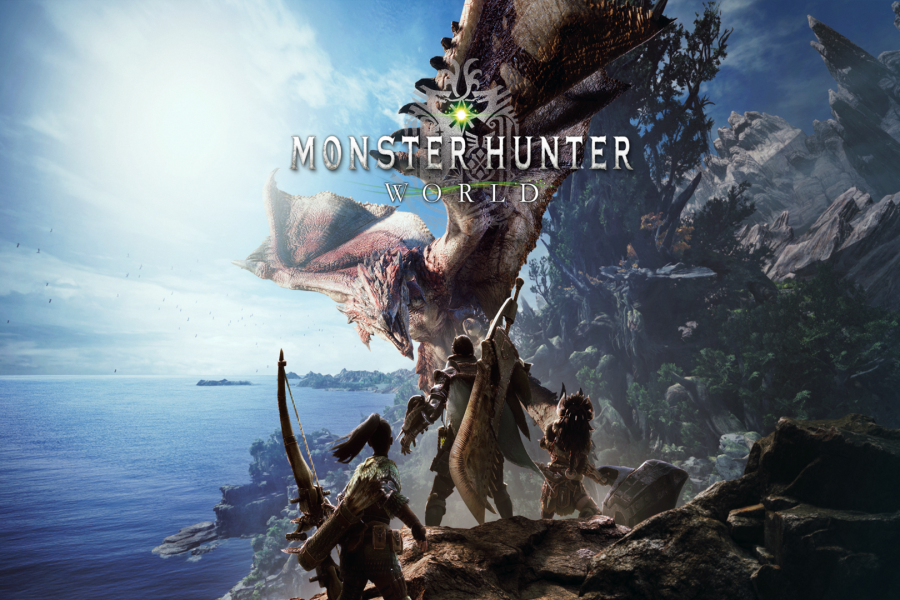 Every week there’s something happening in the world of nerds. As summer is now with us, I’ll be focusing on roughly only four major bits of news each week. Let’s get started!

Because let’s be completely honest, for a lot of us PC gamers, we’re just looking at one title right now. That’s right, after almost 8 months of waiting, Monster Hunter World has finally released for us, and I couldn’t be more excited!

Unfortunately, Monster Hunter World isn’t part of the weekend sale, I know, I know. But you can pick up your copy in the Steam store, among other places, for $59.99. Or, if you really want to, you can get the bundle for $70.48, which basically just lets you dress up as a samurai for 10 dollars more.

An interesting bundle I did find on sale, however, was the Queer Games Bundle. Usually priced at $109.93 for the games included in this bundle, you can get all 7 for just $54.93 during the sale. The games in this bundle look interesting, four of them being highly story driven games, and all of them having their own little quirkiness. However, out of all the games included in this bundle, the one that stuck out the most to me would have to be Diaries of a Spaceport Janitor, where you literally pick up, well trash.

The premise just seems so NPC to me that it really tickles my fancy. Imagine living in a spaceport, just trying to make ends meet, while everyone around you is having adventures you’ll likely never go to. Sign me up!

You guessed it! Or maybe you already knew? Well, it’s something Diablo related, we just don’t know exactly what it is yet. Blizzard themselves, however, have officially let us know that they have many Diablo based projects in the works, and quite a few people believe one of those projects includes a Diablo 3 port for the Switch.

While we probably won’t get any real concrete news until Blizzcon later this year, I’m going to throw my prediction out there and say we’ll be getting Diablo 4 in just four years time.

Our latest maps show both the new spot fire (10% containment) and the previous #HolyFire burn area. It is currently 93% contained in its entirety. The new 100% expected containment date is September 2nd, which may change. pic.twitter.com/jjrlR2TAnl

Supposedly, Disney and Marvel are currently having the “how many likes on Facebook does this need to get in order to get James Gunn back” talk behind closed doors.

Personally, I’m the kind of guy that doesn’t count all his eggs til they’ve hatched, but a boy can dream. Until anything conclusive, however, all we can do is stand in the sidelines and wait invisibly, I mean, impatiently and see what happens.

Okay, so maybe not exactly change the future of gaming, but Discord did steal me away from Skype when they first came out, and after reading some of the features they plan to implement, well Steam will be having a run for its money.

So a little over a year ago, Discord launched Nitro, which was a way to support Discord by basically paying for it and in return, receiving some perks such as actually choosing your Discord tag (a number used to differentiate you from the other 1,500 xXElitexSniperXx), animated avatars, and higher quality screen share, among other things.

You could sign up for Nitro with a monthly or yearly rate of $4.99 and $49.99 respectively, or keep using Discord for free as I and many others do.

Well now, we’ll have slightly more incentive to dish out our hard earned cash. Discord Nitro Beta (currently only being rolled out in Canada) will give us access to basically the Netflix for gaming, on top of the Steam 2.0 they’re trying to achieve.

However, the thing that’s really selling me on this, is their plan of a universal library. This means, you’ll be able to launch all of your games right through Discord. Whether you have it on Steam, Battle.net, Uplay, or whatever other crappy launcher you’re required to use (looking at you Bethesda), you’ll be able to launch any game you’ve scanned through your Discord app.

Unfortunately, it’s not perfect, as you’re still required to have the respective launer installed (seriously, why is this necessary?) but Discord will be able launch both the necessary launcher and game in one convenient location.

Honestly, whoever is finally able to convince all these companies to not require a game launcher, will be my hero for all eternity.