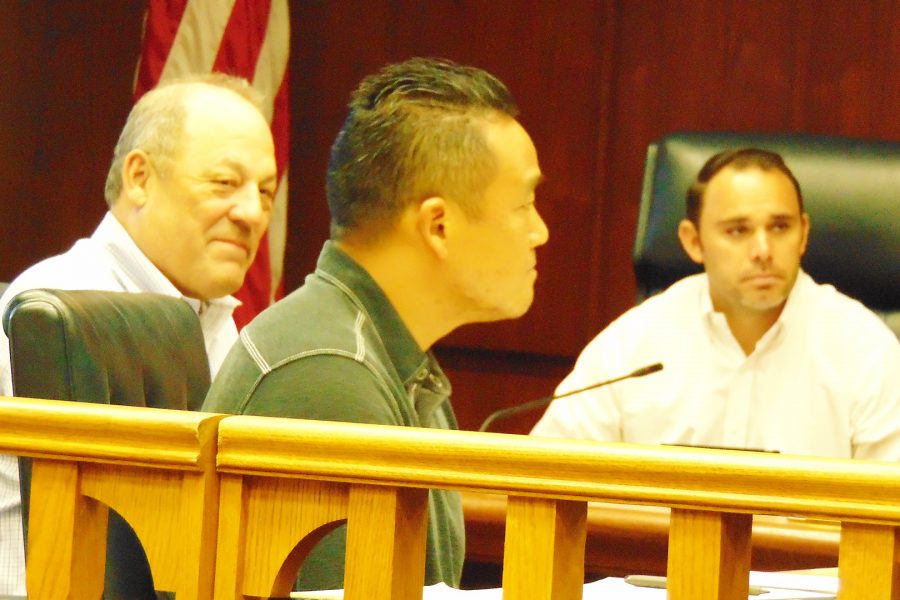 Although they often pass most of their items, this city council meeting was scheduled at the same time as a public utilities commission meeting and successor agency meeting.

All three meetings were cancelled on Thursday to be held as special meetings on Friday, Aug. 10.

The five items of the public utilities commission were passed first.

The first item was a similar item to the only item on the council meeting consent calendar, a consideration of the register of demands.

The second item changed the wording of the investment policy, but is not expected to change any practices.

This change was to add more specific wording, and the city treasurer added that the council has not lost money in 52 years and will not under her watch.

The third allowed city manager Troy Helling to verify where the power comes from for the city. He gets to provide an affidavit that it is unspecified power because there are “lots of different sources.”

Since Helling will provide the affidavit, this item allows the city to avoid an audit.

Well Five’s water is being treated and brought back as a result of a plume, polluted water. They have monitored the well and found increased carcinogens that cause cancer. Where the old readings were at 5 to 6 parts per billion, the new ones raised to 11.

No other wells are being used as back up, but conservation efforts are in place and water backup can be provided by San Gabriel Valley Water.Co.

The successor agency only had closed session items so it was promptly recessed.

The city council then convened, and council member Abraham Cruz and Mayor Mark Radecki recused themselves from the register of demand’s check 69367, while council member Newell Ruggles recused himself on behalf of check 69330.

Despite the recusals, the only consent calendar item passed 5-0.

The council then approved an authorization for bids on the reconstruction of Arenth Avenue from Anaheim and Puente Road to Phillips Drive.

The staff estimated the cost at $2.35 million and expect a March or April start date for the construction.

The council also discussed the appointment of a delegate and alternate to the San Gabriel Valley Council of Governments Board and Capital Projects and Construction Committee.

Previously, Mayor Radecki had served as the delegate before becoming mayor, with Mayor Pro Tem Cory Moss serving as the alternate.

After this meeting Moss is now the delegate and council member Catherine Marcucci is the alternate.

Kenneth Calvo, an administrator at the El Encanto Healthcare and Habilitation Center provided a report for the final action item.

The building was first in the upstairs of the Workman and Temple Homestead in the 1940s, as was custom for the time.

It served as a sanitarium, which was a building to clear out lungs when patients were diagnosed with tuberculosis.

It was purchased in 1975 and the city provided a loan agreement with the city in 1990.

In 2006 they received an advance and have not needed money since until recently.

While Calvo said they made a $400,000 payment in 2007, he also explained that later healthcare legislation affected the center.

In 2010, the Affordable Care Act raised the operational costs and along with a minimum wage increase they began to have harder times financially.

There has been dissolution and repurchasing this year. Following those actions, Calvo said he was disappointed to ask for a loan, but felt financial need for the first borrow in 12 years.

The facility, which owes the city about $42 million according to the SGVT, is asking for an advance of $350,000 and Calvo asked the city help the center evolve again.

This money would be spent on advancing services to subacute patients, those who need more serious care, and adding oxygen tanks and backup power.

Some patients currently have to leave the facility for certain services and often cannot return. This money is set to change that.

The resolution passed, and the city’s resolution allows for the city to restructure the loan.

The council asked to have the city receive representation on the center”s board through an appointment.

That matter will be up for discussion or action in the next meeting on Thursday, Aug. 23.