The Fox and the Game 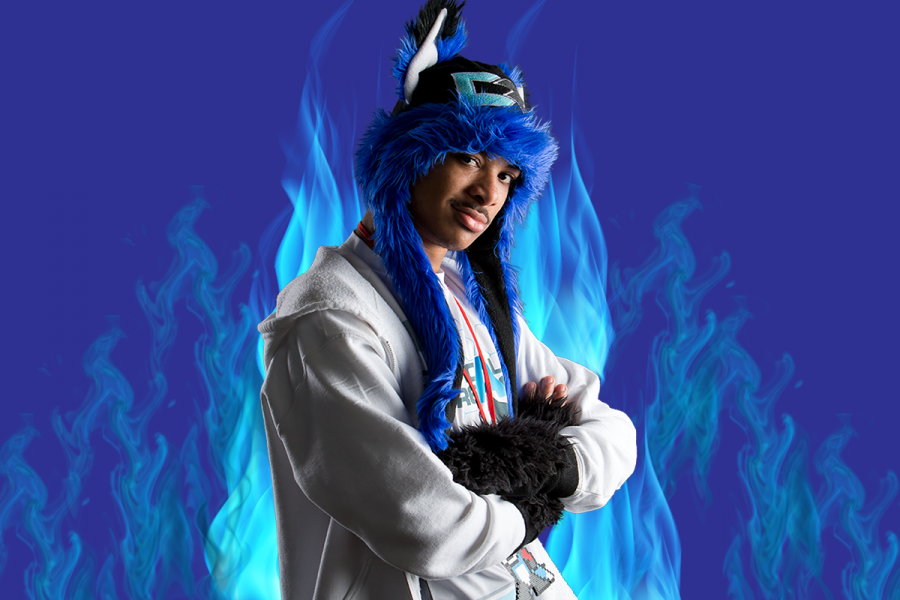 Despite his laid back attitude, Dominique McLean also known by his gamer alias, SonicFox, is one of the top fighting game players in the community. He’s a natural at almost any game he picks up, a skill he attributes to his history playing numerous fighting games growing up. At only 20 years old, he’s considered the most successful NRS player out there, one of the most successful “Skullgirls” players, and has a spot in the 2018 “Guinness World Records Gamer’s Edition” book.

There are no further updates planned for tonight. This Twitter account is the official source of information for #TheLandingMassShooting. Please do not call our Communications Center or PIO's asking for updated info. Everything that is releasable, has been released. Thank you https://t.co/o7kWwedSMP

On Aug. 22, over 250,000 people came to watch this year’s Evo competition as SonicFox beat out player, GO1 with a 3-0 sweep. Previously, GO1 was widely considered the best “DragonBall FighterZ” player.

While the win itself was incredible, with SonicFox’s impressive moves ensuring his victory, it was his response that became viral. Shortly after winning, he tweeted in exact words: “I’m gay. Also I’m the best dbfz player on this fucking planet don’t forget it.”

im gayalso the best dbfz player on this fucking planet dont forget it.

As of Aug. 22, his tweet has garnered over 15,000 retweets and 60,000 likes, with numerous gaming fans praising McLean’s winning words, as well as him being an open gay man of color and open about being a furry, enough to accept his medal in his fursona (furry persona) costume.

However, since starting his gaming career, McLean had always been open with being a furry and being gay. Often sporting his signature blue fox hat, McLean said this wasn’t anything new and he’s embraced the idea of being an icon for both the LGBT community and the furry community.

“Everybody has their heroes they look up to for being a huge LGBTQ icon or furry icon. I appeal to many different communities as a furry and queer person.” McLean said on the idea of him being an icon, “It’s a win for LGBT culture. I mean, I don’t care how people approach me.”

For the most part, McLean explains, the fighting game community is one of the most inclusive gaming communities out there, and with its current history, he’s not wrong.

People don’t praise the street fighter/fighting game community in general for how inclusive it is of all races especially at the pro level. I don’t think I’ve ever watched a pro tourney without POC commentating/analyzing. It’s rare to see that in other gaming communities imo.

However, when it came down to if his win could change the way the more toxic gaming communities are, McLean replied, “Probably not.”

“Fighting game communities are literally so inclusive. Someone from another gaming community stepping out might make another community inclusive, but I can’t really speak on behalf.” He said.

Despite his fame however, for McLean, he’s just out there having fun.

“I guess, I don’t really feel much I guess having people calling me a celebrity.” McLean said on his celebrity status. “I’m kinda just doing my own thing anyway so I don’t worry too much about it.”

As of now, McLean says fans can expect to see him getting into “Smash.”

“Pretty much every single fighting game is different, but because I played so many I got used to playing all of them quickly so I can learn how to play any fighting game.” McLean explained. “Now I’m planning getting into Smash… It’s fun so I’m going to try it out.”

I also think genuinely investing time into smash ill learn about fighting styles i couldnt learn in other fgc games. I mainly am curious in the height of play of smash

To keep up with SonicFox, check out his Twitter where he’s most active.