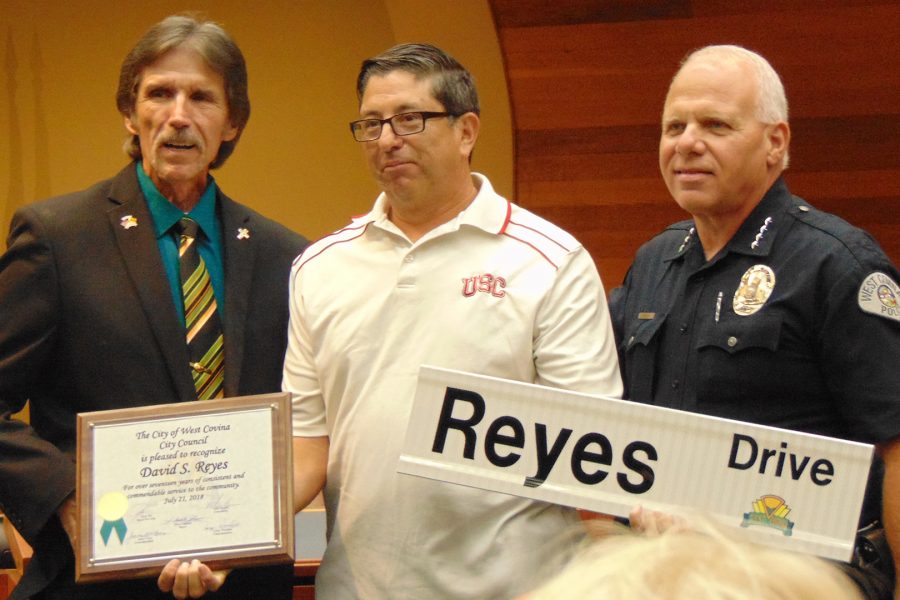 Commercial businesses and multifamily apartment buildings will be charged 9.17 percent on Oct. 1 of this year and 9.16 percent in July of next year for a total maximum charge of 18.33 percent.

Mayor Pro Tem Tony Wu and James Toma both voted no against starting the public hearing process for Proposition 218, which regards the organic waste, but it passed 3-2.

Wu asked if there was an urgency on getting this through now, and the two representatives of Athens Services said that the deadline was in four months on Jan. 1 of next year when the tier raises from two to three.

They also said that this arrangement benefits the city.

Clawback would go as far as 2004 and demand residents pay past fees as a catch up measure, the most favored clause would retain the best deal to whatever entity it was last issued to.

Toma and Wu said the percentages were unfair and that this did not appear to be a good deal.

Clifford said that the vote tonight sets the maximum rate.

The two executives both repeated that the reason this discussion is even happening is because of assembly bills that are out of their control, and it was made available to the staff that every day of non compliance would cost $10,000.

They also said to the city that this arrangement would help West Covina deal with the new issue brought on by the recent legislation.

Council member Mike Spence said he does not like Proposition 218, that the rates planned were not good, and that the worst time to negotiate is when the deal is needed tomorrow.

Despite that he voted to go through with starting the public hearing.

The public hearing for organic waste was just one issue the three hour meeting addressed.

An extension to the Royal Coaches towing contract, rebuttal arguments for two ballot measures, and an update to the selection process for mayor were also discussed.

The city council also decided take two positions, one in favor of the gas tax repeal and the other against Senate Bill 3157. Spence also introduced the idea of auctioning off street names for some extra funds.

Police Capt. Richard Bell gave a report on item 22, a proposal to amend and extend the city’s towing contract with Royal Coaches.

Bell said the city was broken up into two areas with three beats each, instead of the five districts like the fire department and city council have done.

They paid the franchise fee upfront and provided the city with 30 percent of their revenues.

Their current contracts were expiring in 2020 and 2022, and this proposal made both areas under a seven year extended contract from this year until 2025.

The 30 percent totals for last fiscal year had area one raise $203,000 and area two raise $69,631. Bell also said the smaller area raised less money because they have not been servicing the area for very long.

The representative that answered questions said the goal here was to make a win-win-win situation, where the contract was simplified into one, revenue was brought to the city, and their company can serve the city for longer.

Rebuttal arguments for the appointment of the positions of city treasurer and city clerk instead of electing them were read.

Instead of being handed out as the votes in favor of the measure were, these arguments were read by city manager, Chris Freeland.

There was no visual as the council corrected the syntax of the measure.

The measure stated that the elected city clerk has not been seen at any city council meetings, and that the position is a politician without responsibilities, with thousands of dollars lost electing them in.

Regarding the selection of the mayor ordinance, this issue was not discussed to explain Spence’s issues with it. The item was instead fixated on succession order, and that’s what the motions were made upon.

Council member Corey Warshaw made a motion to keep the current order by having the list read out as 2,4,5 and then 1,3. Spence seconded, but the motion failed with three no votes.

Wu said the newly elected council should choose, to which Spence called that decision a bad idea.

His issues with the ordinance were not addressed and he was the only one who voted against letting the new council decide the order at 4-1.

The first item pulled from the consent calendar was item 14, regarding recommended responses to the civil grand jury.

A civil grand jury investigates governments, and in this instances they investigated complaining about an officer and the process to do so.

Most complaints are founded on misunderstandings of the law, the person giving the report said. He gave an example of a West Covina police officer pulling over an individual in La Puente.

The individual files a report, but police officers have jurisdiction over the state.

The jury, who themselves misunderstood one instance, mentioned a lack of transparency and accessibility.

Misunderstanding the law and filing can be considered a false complaint, which is illegal according to the state.

Federally, the state case has been overturned so that false complaintents cannot be prosecuted.

Toma asked for signs in Tagalog and Mandarin to help with accessibility for the forms to report an officer.

It was then explained that the lobby is small with long large widows, and that signs would obscure seeing out the building. The forms were also said to be the only papers at the front desk.

Then council suggested online reports, but Spence and the speaker were concerned about the costs of investigating those, when anybody can make a complaint and potentially abuse the system.

Toma then motioned for his ideas in separate bids.

The first passed 5-0 that the form be online as a downloadable printable PDF,, but his sign one did not go as smoothly.

Although Toma said it could be small, he drew comedic ire from Spence

“What font are we going to use?”

When the sign idea was going to pass, even if it was a sticker as Warshaw had said would qualify as signage, Spence argued to add a label for crime.

It passed 4-1 without Spence’s approval until Spence made his own motion to amend the previous one to include signage for crimes committed against or towards another person.

That passed 5-0 with the council agreeing that those complaints are also important, and complaints over officers will not be the only labeled flyer in multiple languages.

The second item involved a grant that required bike lanes around schools in order to provide funding to fix sidewalks as well.

Wu described that as a catch, and said he worried for children’s safety biking in a bike lane next to cars during peak times, like rush hour, with less road.
.
Only Wu and Spence voted against it, so the grant and the use of its funds was approved at 3-2.

As for the city’s position, the council voted 5-0 to write against the Streamlining Small Cell Deployment Act, and in favor of supporting the gas tax repeal at 3-0-2.

Toma and Warshaw abstained from that vote, with Warshaw stating that he abstained because he is on the Foothill Transit board.

As for auctioning off road names, that passed 5-0 after Wu caused laughter in voicing his concern that there must be standards and guidelines for the names.

Wu said there should be no “big what” and “small this” which arose laughter and suspicion as to what the this and what he was refering to were.

The next West Covina City Council meeting is on Tuesday, Sept. 4.