Miss World Paves The Path For The Voiceless 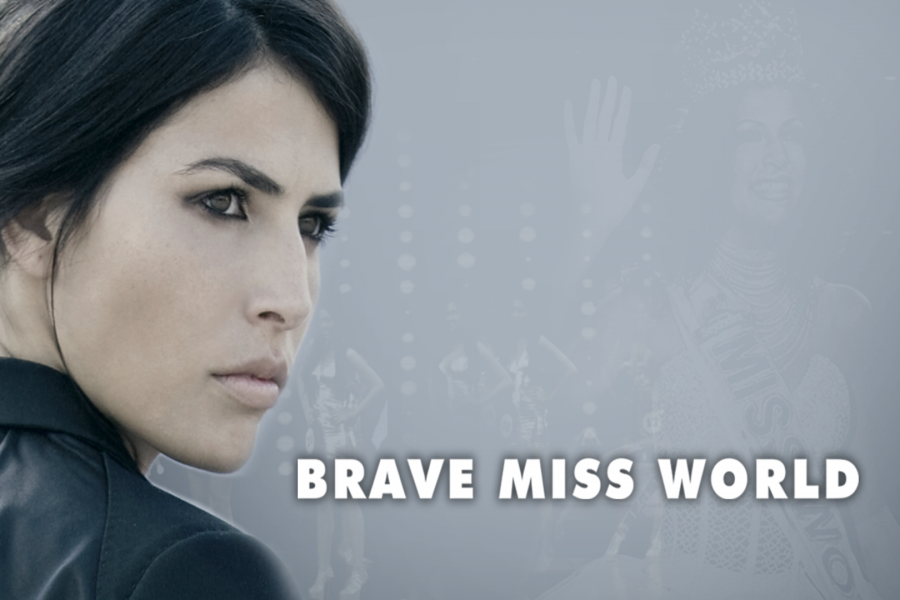 Anyone looking at the charismatic, beautiful woman on the Miss World stage would not have guessed she was raped six weeks before. “Brave Miss World” is the personal story of Linor Abargil who won the Miss World competition in 1998. The film chronicles her story, her crusade to help other survivors of rape and her journey to heal from her experience.

The title “Brave Miss World” is a reference to the sci-fi classic “Brave New World,” and unfortunately, it still feels like a brave new world when talking about rape. Look at the controversy that put Harvey Weinstein’s name on top of Hollywood’s list. Look at what Kesha and Gwyneth Paltrow are still going through. Look at the impact the #MeToo movement has and how it was eventually chosen as Time Person of the Year in 2017. Rape is a tough subject, but Abargil gave herself and other victims the strength to talk about it. More than even giving herself and other women a voice, she’s helping give all of us language to discuss a sensitive topic.

The documentary recounted the attack, the trial, and Abargil’s healing process. Six weeks before she was crowned Miss World, Abargil was held at knife point and raped by Shlomo Nur in Milan, Italy. She traveled to Italy shortly after winning Miss Israel to model, but quickly became homesick. She hired a travel agent to help her get home. Nur was driving her to transportation to get her back to Israel when she was brutally raped.

Abargil’s whole life changed during the hours of the attack. The documentary follows her life a decade later, as she decides to speak out about the experiences she endured. She founded a website called Linor Speaks Out (now called Brave Miss World), turning her traumatic experience into a more positive one in order to help other women.

Linor Abargil is beautiful, and not just physically. She has a presence, a charisma that transcends the camera. At the beginning of the movie, her family mentions how incredulous they are that she wants to reopen the wounds of the past. Her father mentions that he does not want to know more about it.

However, it’s to our benefit, the audience, that she went against the advice of her family and friends. Her candor, honesty and passion is awesome, in the most literal sense of the word. I’ve never heard anyone be so open about an experience so harrowing. Her bravery and forthrightness make it easy to see why she transfixes thousands of women with her story and inspires so many others to speak out.

The films shares not only Abargil’s story, but the stories of several other women that she encounters during her travels speaking out against rape, visiting college campuses in the United States.

She visited several famous Hollywood women that I was shocked to discover were victims of rape, one of whom married her rapist. She also visited the townships of South Africa, the rape capital of the world, a place I was surprised to learn that a woman has more of a chance of being raped than of being educated. The most horrific story, which brought tears to my eyes, was told by a young girl who experienced pressure from the DA to drop the rape charges. Crying, she recounts the DA meeting her and saying her rapist was cute, trying to get her to admit she had just had a moment of weakness.

Throughout the film, Abargil finds a way to break the silence and isolation that she experienced for a decade after her rape. She notes how isolating rape is and how, afterward, she was surrounded by silence. Many other victims she spoke to had similar experiences and were afraid of speaking out and not being heard.

The story also included the experiences of men who had been sexually assaulted. One in six men in the US have been abused, and they are not left out of this thoughtful and touching documentary.

At the end, Abargil becomes a lawyer and converts to Orthodox Judaism, a move the film suggests is strongly tied to the other constructive coping mechanisms rape survivors have found. She gets married to her long-term boyfriend, who also agrees to convert because he realizes it helps her cope with her past.

And, as if moving on wasn’t brave enough, bravest of all, she retraces the steps of her 1998 attack in Italy, meeting with the people who helped her in the moments just after the assault. Like the many survivors she met, she is able to move past her attack and live a happy, fulfilled life – complete with twins.

The one thing I found myself asking, though, was “What if those survivors can’t move past their rape?” The other women in the film who shared their stories all seemed to find a way to cope with their past at the end, as well. Those who for whatever reason cannot, or do not, do not have a voice in this film. Perhaps the director, Cecilia Peck, only included stories of those who had found a way to accept the past to inspire those who, as one girl says when she speaks with Abargil, “die spiritually” during their attacks.

The strength of all the women in the film is certainly inspiring. The fact that they can all delve to a place within where they can move on was moving beyond what words can describe. But what I was left wanting to hear more about where the strong women who cannot move forward. Just surviving takes immense strength, and I think that needed to be more clearly stated.

After watching this documentary, I realized I now have a new role model, – and I don’t have many – especially a survivor, advocate, lawyer and beauty queen at that. Clearly, Linor Abargil doesn’t just have beauty and brains, she also has bravery in spades.