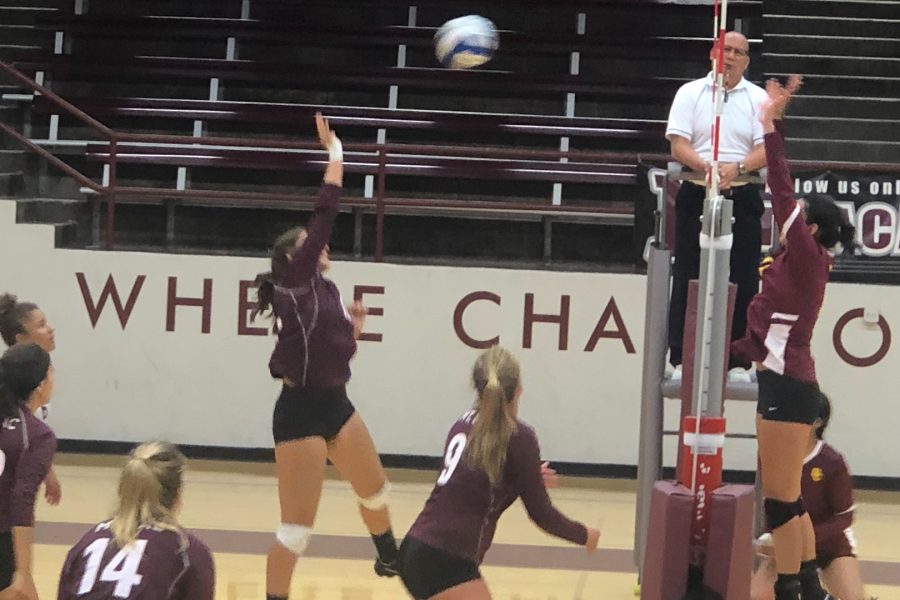 Mt. SAC Volleyball cruised to a 3-0 victory over Glendale Community College at home on Wednesday, Sept. 5 for their first win of the season.

The team brought out their inner Wonder Woman for a game promoted as Superhero Night and dominated from the first serve.

The Mounties owned the first set, taking it 25-5, and despite Glendale getting on the board early in the second set, the Mounties were able to take control quickly and win it 25-10.

Glendale finally managed some competitive offense in the third set, but the Mounties did not relent, finally pulling away late to win it 25-15.

Freshman outside/opposite hitter Jessica Morse led the team with nine kills off 15 attempts, as the team improved to 1-2 overall.

“We were executing; we were playing our game and we had very minimal errors. The girls were really aggressive tonight and very scrappy on defense and hopefully we continue to do that throughout the rest of the year,” Mounties head coach Ali Carey-Oliver said of the team’s efforts.

“We need to speed up our offense, get our feet stopped on defense and just run our system.”

The Mounties will head to San Diego for the San Diego Mesa College Tournament, where they’ll take on Cypress College on Friday, Sept. 7.

The team will then return home on Wednesday, Sept. 12 for a rematch with Cypress at 6 p.m.