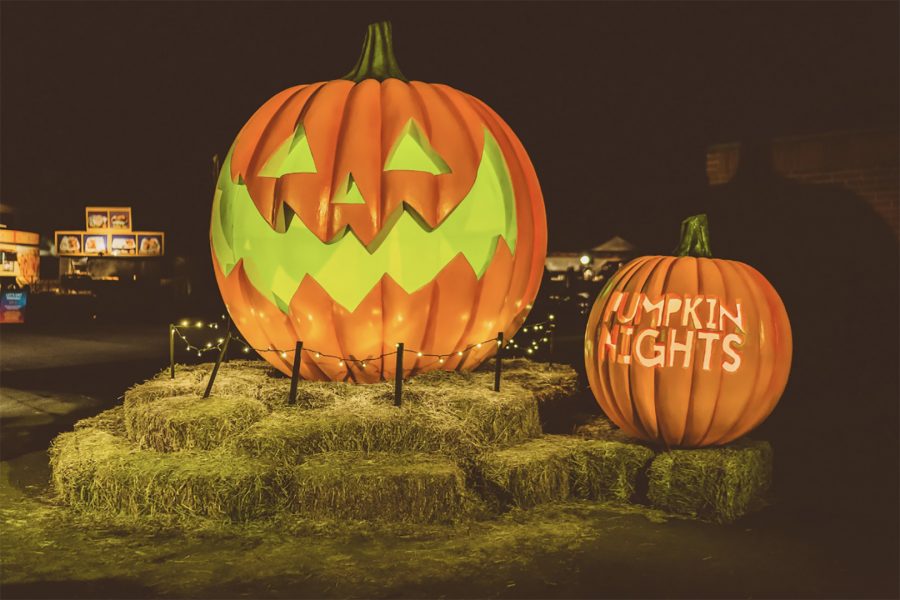 There is nothing more nostalgic than going to a pumpkin patch in the middle of October with family and loved ones. At “Pumpkin Nights” at the Pomona Fairplex, all of my past caught up to me as I walked around, observing all of the rows of pumpkins, carefully placed and carved.

Starting off in 2016 at the Minnesota State Fairgrounds, “Pumpkin Nights” is now touring four different cities around the U.S. According to their website, the event likes to showcase local artists “without the spooks and the scares.”

The half mile walking path takes guests through the twists and turns of different themes, such as the “Forbidden Pumpkin City” and a “Pirate’s Cove.” With over 3,000 artificial and hand-carved pumpkins, guests are guaranteed to find one that catches their interest.

At the beginning of the path, there is a game being explained- guests have to find some special pumpkins with a certain symbol on it. Then, they need to translate the codes and give it to the “wizard” at the end of the path.

The first thing guests see is a tunnel of lit up pumpkins. Each pumpkin is illuminated and carved differently- some with smiles, while others are carved with crying faces.

As the walk continues on, there is a big spider made of pumpkin that gave guests the perfect opportunity to snag a picture. The spider was draped in a string of lights under a big cobweb and had big eyes with a big smile.

Next to the cute spider, though, was a more detailed one. This spider was carefully carved and was hung from the ceiling of a gazebo. The lights inside and around the spider gave it a very eerie effect that leave guests staring for a long time.

At the halfway point, there were two men sitting at a table, carving their own pumpkins. Behind them is a row of pumpkins that they had previously carved and are for sale. The pumpkins included Mike Wazowski from the movie “Monster’s Inc.” and many other creepy looking characters.

Right by the alluring pumpkin carvers was “Pirate’s Cove,” which included a big ship with a sail that had a skull painted on it and pumpkin pirates along the path. Walking under the lights and pirates can make guests feel like they are searching for hidden treasure themselves.

The zigzagged path beneath the pirates hosted an underwater theme. There were neon jellyfishes and corral reefs all around the area that dispensed bubbles that gives a certain “SpongeBob SquarePants” effect.

Other themes included a more “scary” section, with a big friendly ghost and some seesaws that guests can go on and have fun with their loved ones. The last thing people see is a “Day of the Dead” themed section, with altars and dark, creepy looking church with lights hung all around.

The overall experience was definitely very good. The staff were friendly and the entire event was very aesthetically pleasing. This event ends on Nov. 4 and runs from 5-10 p.m. Tickets can be found here.