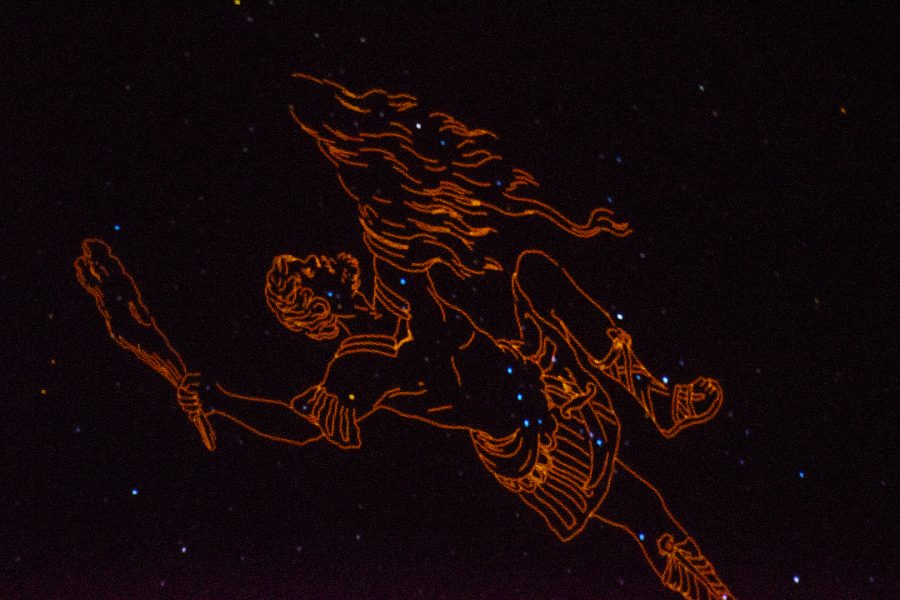 Only 22 years younger than the college, the Mt. SAC-Randall Planetarium just turned 50.

In celebration, the Planetarium let the public view 11 of their shows for free while rocket launches and other events took place outside on Nov. 10 from 10 a.m. to 4 p.m.

It would normally cost adults $6, children five and under $1, and everyone else, including Mt. SAC students with their ID, $4.

When the planetarium started, tickets were 50 cents, which was a small amount more than a gallon of gas at the time. The rate for most patrons still remains slightly above gas after all these years.

Before stepping into the dome for the full planetarium experience, one is greeted by a lobby filled with displays that include information on spectroscopy, space explorers, rovers, rockets, and women in science.

After passing by display cases of patches and models, and speaking with the person behind the stand is an experience.

About 75 people can fit in the 35-foot-diameter dome at a time, but more than 3,000 astronomy students and 8,000 school children have been under the dome.

While most theaters have patrons face a particular direction, this theater has all seats point towards the center where the Digistar 5 and Zeiss Skymaster ZKP 4 projectors send the show to the sides of the dome.

These projectors are new from when the planetarium, named in part after generous donors James and Eleanor Randall, was renovated and reopened in 2010 after the equipment gave out in 2002.

When the lights go out in the dome, the audience is given a choice between shows meant for a family audience just getting into science, shows based on stories related to the field, and other shows that explain scientific concepts in detail.

At this showing, were 11 featured shows:

Earth, Moon, Sun and Legends of the Night Sky: Orion were more tailored to children with animated comedians.

To not spoil too much, the fox of the first and newer show provides scientific misconceptions to be humorously debunked while the second show has an owl read a dramatic version of the Greek hunter.

Tales of the Maya Skies and Star Tales: Constellations gave an inside look into the story behind the sky.

The animated feature went into Mayan culture, narrating the culture’s accomplishments and old folk tales as they relate to the sky. Star Tales was more interactive with the audience, as the sky was illuminated with stars, the stories behind several constellations were explained.

Dawn of the Space Age, Phantoms of the Universe, Incoming!, and Dynamic Earth took on a topic and dived deeper into it.

The first went over the space race, the second dark matter, the third asteroids, and the fourth went over carbon in living things.

Planetarium Supervisor Heather Jones said Dawn of the Space Age was her favorite and that Dynamic Earth was one of her favorites.

She said she was not as big a fan of Phantoms of the Universe, though.

Although narrated by Tilda Swinton, Jones said she was a skeptic of dark matter and how science has made concessions and theories as to how it exists and what it does.

She was not the only one who enjoyed the planetarium.

Aside from the hundreds of people Bryan Salce ushered in and out, he liked working the planetarium.

Aside from saying it was interesting what could be seen there, Salce normally works the Sophia B. Clarke Theater and said he preferred the more relaxed environment.

While the official weekend celebration has ended, the shows have not.