In a Pinch? Use Blue Emergency Phones 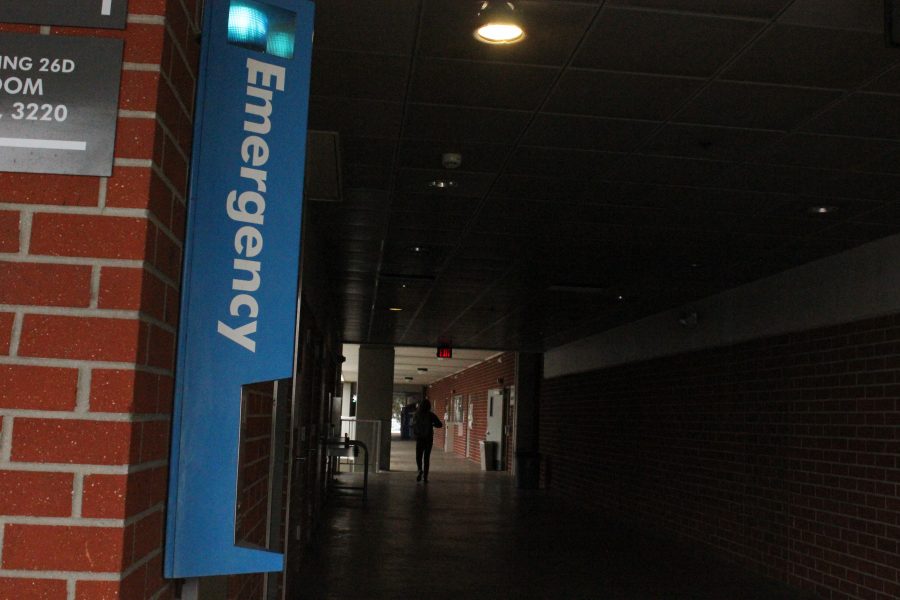 It is as simple as pushing a button; students and staff can quickly reach Police and Campus Safety through one of the 30 blue emergency phones located around campus.

The Annual Security Report describes safety measures on campus, and includes the blue light phones. There is an emergency phone in almost every parking lot and building on the Mt. SAC campus.

Students who need help and cannot access their phone, can push the button and it will connect the student to the campus dispatch center. Students and staff who need to locate a phone can use the physical maps on campus or the digital map on the Mt. SAC website, under “Services” and then “Blue Phones.”

The Annual Security Report does not indicate whether the phones operate 24/7, but the network and telecommunications technician for Mt. SAC, Marcel Galatiano, said they do.

“They are available 24 hours, even during a power outage,” Galatiano said. “They are specifically designed to work in any situation and in any type of emergency.”

Although that may provide relief for students and staff, especially given the recent incidents on campus, the dispatch center on campus is not available at all times.

The center, which handles the calls from the blue emergency phones, is closed on weekends and is open from 8 a.m. to 4 p.m. on weekdays.

Galatiano was not sure what time the transition begins, but Sargent Paul Miller is sure.

“When we do not have a dispatcher on duty, the dispatcher’s line that the blue phones ring to, get transferred over to the on duty Public Safety Officer’s cell phone (who will be out on patrol). So when a blue phone is activated, it goes directly to the on duty officer,” Miller said.

“I did not have my phone, so in that moment it was the first thing that I thought to use,” Guzman said. “It did help me.”

Miller said that the normal response time for Police and Campus Safety is around two to three minutes when using the blue emergency phones. Guzman added that campus safety showed up about three minutes after she called.

“If someone uses the phone to request a car battery jump or other non-emergency service, the response may be a bit longer due to call load,” Miller added.

For those who want to request an escort to their car or to report suspicious activity are encouraged to use the blue emergency phones or they can contact Police and Campus Safety directly by calling (909) 274-4555.