A Former Mountie Excels as a Trojan 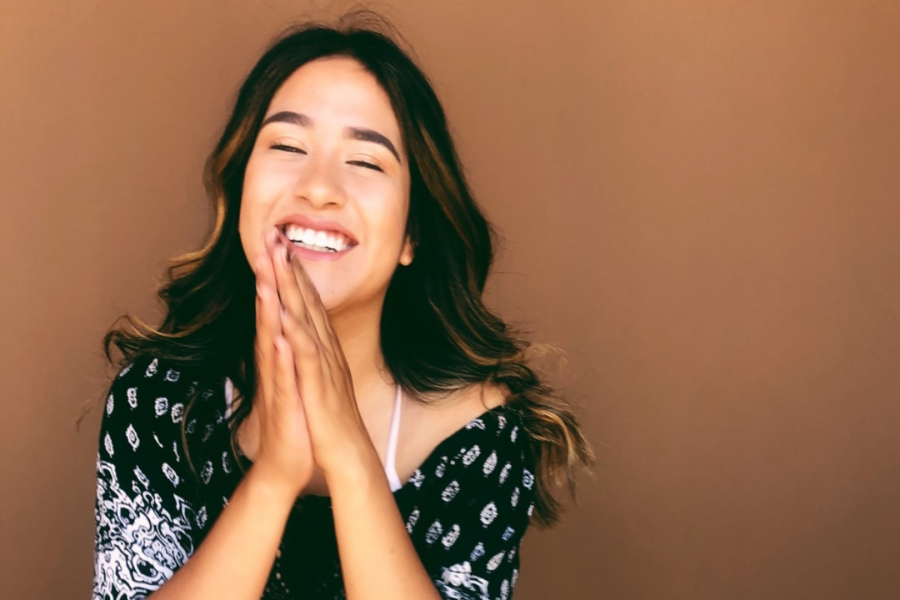 Her days and nights are never ending. She spends a majority of her time at the School of Cinematic Arts, then comes back to her apartment at 4 a.m. after spending countless hours editing, filming, or even directing. This is a somewhat relaxed day for USC student and former Mt. SAC graduate, Brenda Garcia, 20.  Her usual days are much more rigorous, however being one out of 30 students accepted into one of the most prestigious film schools in the nation is a constant reminder to the young film student that she is destined for something much larger than her 5’2 self.

But before she received the acceptance letter that would further pave her future in the film industry, before she graduated with her Associate in Television and Film Production, before she was an honors college student and officer of Phi Theta Kappa, she was a young Northview High School student enrolled in the schools film academy.

In high school, Garcia had an early introduction to the film industry. At Northview’s film academy she learned the basics of film making such as, producing, editing, filming and writing scripts for a series of class projects along with the school’s broadcast news show. Having such an early exposure is evidently what solidified Garcia’s decision to continue her path of film making.

“In high school I would say I was very exposed  to the film industry and how everything works creatively within it, so doing all that  in school I was like, okay this is something I want to do in the future because I couldn’t see myself  I guess sitting at a desk job for the rest of my life,” Garcia said.

After graduation she had a plan, and she was more than determined to execute it in a timely yet beneficial fashion. She would go to Mt. SAC for two years, excel in all of her studies, refine her knowledge and craft of film making then transfer to a four year university. Although some individuals may set these standards  that can be perceived as unrealistic and challenging, Garcia  was committed to the challenge.

However, instead of simply going to school for her studies and then home, Garcia got involved on the Mt. SAC campus.

“I think it was super vital for me to really grow at Mt. SAC, because Mt. SAC to me was very much a success for me. I made some life long friends that I cherish  very dearly and I got involved in a awesome club PTK. I bounded with the honors faculty very well so I  wouldn’t trade that for anything  because I feel if I hadn’t been a part of the honors college/ program , I wouldn’t  have been surrounded by these wonderful people who have pushed me to continue and to  have a college experience  at Mt. SAC,” Garcia said.

A success and an experience it truly was for Garcia. The common misconception that many community college students sadly assume is that the college experience can only be experienced at a four year university. Students like Garcia prove otherwise. Being heavily involved  in programs and clubs such as the honors program and PTK are what made her college experience possible.

While in these subgroups on the Mt. SAC campus, Garcia learned that her major as a film student wasn’t common among other honors students in the program. She remembers small periods of feeling isolated yet those feelings diminished once she began to take on a different perspective.

“I would say that being one of the few film majors in the honors program definitely was interesting…it didn’t make me feel discouraged it just but it pushed me to work more in areas that I could,” Garcia said.

She would often be asked by her peers for creative input and even arrange videos when needed. In PTK she was the vice president of Fellowship officer, who facilitated the clubs events, socials and icebreakers before every meeting.

While having such an incomparable experience at Mt. SAC, Garcia  at first struggled to find a familiarity at USC. She suffered from a bad case of Imposter Syndrome that would make her question her being at such a prestigious school. She at times felt out of place being surrounded by a not so diverse crowd who subtly flaunted their wealth.

At an orientation event for first generation college students, a  speaker and coordinator of the event didn’t sugarcoat the demographics of the campus. Garcia said that with complete honesty they informed those who attended that not every classroom would look as diverse as the room they stood place in. It was, and still is, a harsh reality.

“They were so open about the demographic at USC but it definitely got me prepared and allowed  me to realize it more but  by meeting the people at that event, I kind of surrounded myself with  more of a community and I  only got one true friend out of  all those people I met that day,” Garcia said.

It was through finding a community of likeminded individuals where Garcia would flourish, as she did at Mt. SAC. As her courses began at the School of Cinematic Arts, she quickly noticed that she found a sense of community among classmates.

“Every time I meet a film student, they are just so culturally aware and willing to talk about anything, and I love it. Those are a lot of the people that I’m surrounded with and  it’s so diverse at my specific school that I don’t really notice how universe it may be in other areas,” Garcia said.

Having this exposure is what got Garcia over her imposter syndrome mentality. Now 10 weeks into the semester, Garcia continues to learn the skills that will prepare her for the movie making industry  by the time she throws her graduation cap in the air. As part of her course work, she has already completed a narrative film, a TV pilot and is currently directing a documentary.

“Creatively collaborating with other creatives making  content is just really fun to me… it’s a very creative outlet were I’m able to kind of do  what I want to make me happy and make money in the future.”