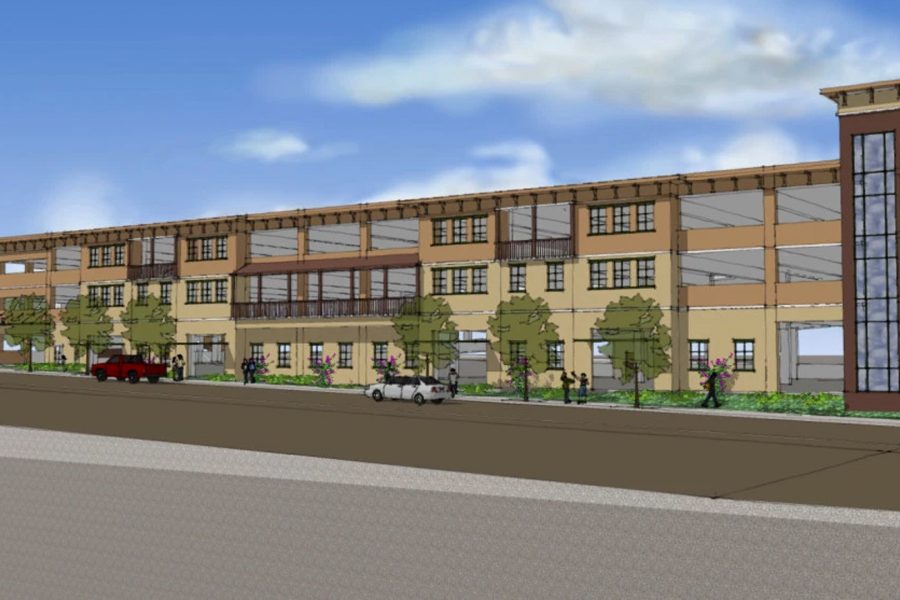 This is a proposed design for the downtown area. Rendering by the city of Whittier.

Watry Design reported to the council that the original design for the four story parking structure containing 455 stalls would cost the city $12.4 million of the original $10 million budget planned for the project.

According to Watry Design, the increase of costs is due to new tariffs imposed by the new administration on materials such as concrete.

An alternative option was presented to redesign the structure, cutting it down to three stories and 311 stalls, costing the city $9.3 million. Watry Designs would charge $60,000 to redesign the parking structure.

According to to the Watry Design website, they had worked closely with the city of Whittier to design a structure that would fit in the budget while still offering the high level of aesthetic appeal expected to complement the historic architecture of Uptown.

Watry Design stated that the structure would “feature design elements such as bicycle and motorcycle parking and provisions for future photovoltaic panels.”

“We’re scaling back with a project that still will meet the needs of Uptown,” council member Henry Bouchot said.

The city council voted unanimously for Watry Design to write the plan for the three story structure within the month.

The proposed parking structure is planned on the East side of Comstock Avenue between Bailey and Philadelphia street.