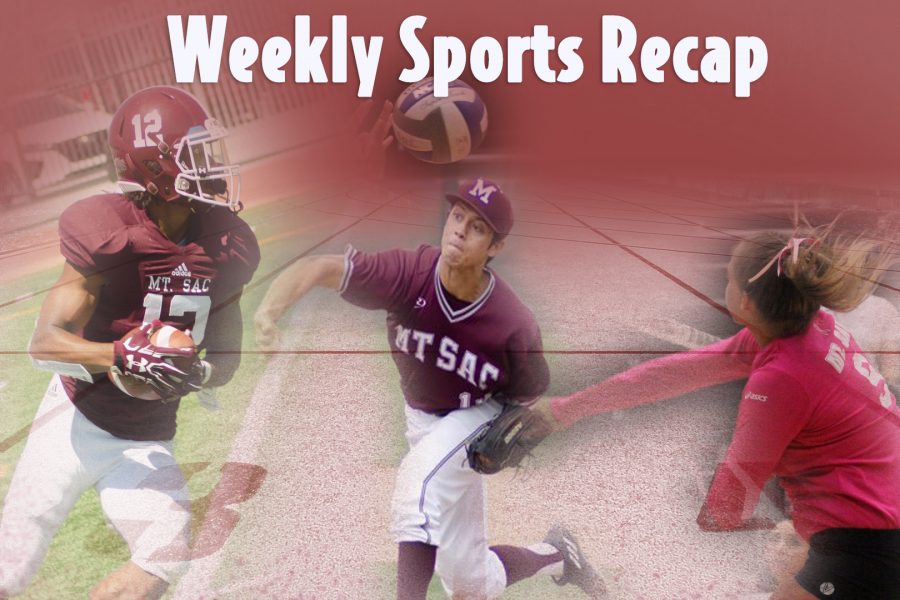 This past week in Mountie sports saw most of the fall sports come to an end. The volleyball team fought their way into the playoffs in their regular season finale, but they were eliminated in the first round. Golfer MacKenzie Kelly put on an absolute show in her second consecutive appearance at the state championships. men’s soccer started off their playoffs with a bang, and the men’s cross country team became back-to-back state champions, adding to their historic legacy. Continue reading below for everything that happened this week in Mountie sports.

The men’s basketball team was back in action on Thursday, losing 73-58 to Santiago Canyon at PCC. The team took a six-point lead into halftime but then got throttled in the second half, getting outscored by 21. Todd Rigsby led the team in scoring with 15 points and tied for the team lead in rebounds with eight. Yahshua Smith was serving up assists with eight in total.  They played again on Friday and got revenge on the same court, beating Barstow 65-63 in a thrilling finish. Barstow took a one point lead with 28 seconds left. Then, Daniel DeJoya drilled the game-winning three at the buzzer. DeJoya was the hero and he also led the team with 17 points and seven assists. Rigsby and Myles Allen each pulled down six boards. Those two were also great on defense with Rigsby coming up with an astounding six steals and Allen protecting the paint with six blocks. The team is now 2-3 and will host the Mountie Classic starting Nov. 30.

It was a successful first round matchup for the soccer team in the first round of the CCCAA state championships. They were able to shut out Canyons 3-0 at home on Saturday.  The Lopezes hooked up in the 10th minute as Gustavo hit Alfonso to give them an early lead. There would not be another score until the 77th minute when Alfonso Lopez scored his second goal of the game.  He would serve up an assist in the 85th minute to Giovanni Garcia to give the final score. John Samano was perfect, saving all eight of Canyons’ shots on goal. Sitting at 17-3-3, the team will look to keep advancing in the playoffs and make a nice run.

Congratulations to MacKenzie Kelly on her great season.  She finished in the top half of the individual portion of the CCCAA Women’s Golf State Championship.  She came in 24th with a total score of 166. She scored 86 in Day One but had a great day two with a score of 80.  She was the only member of the Mt. SAC team to make it to the state championships and she had a great effort.

Tuesday was a big game for the volleyball team on the road at Chaffey.  It was a back-and-forth affair with the Mounties taking sets two and four, and dropping sets one and three.  The fifth set was all Mounties however, as they were able to win it 15-8 and the game 3-2. Alysha Tullar had the most kills and points  with 20 and 25, respectively. Brianda Valdez had 28 assists and Malia Carr had 25 digs. Those three were very crucial to the comeback win to help set up a play-in game at Pasadena City College on Saturday.  This would be the end of the line for the women, as they were swept 3-0. The first set was close as they lost 25-20. They could not get it going in the second set, falling 25-17. They made it as close as can be in the third set, but they came up just short, 25-23.  Jessica Morse did all she could with 14 kills and 15 points. Valdez had 11 more assists, while Carr had 15 digs. It was a great late push for the women this season, but they finish with a record of 13-14.