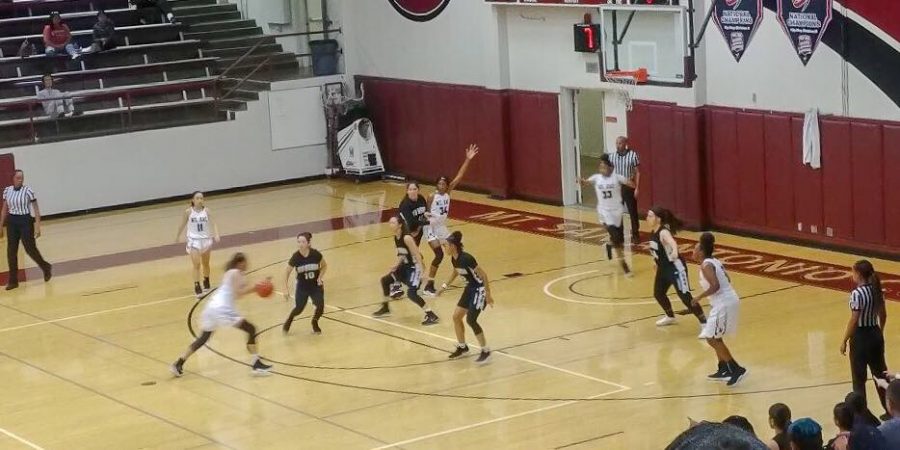 Women’s basketball has just started, but they show signs of the championship caliber team Mt. SAC is used to having. Mounties women’s basketball is currently holding a 6-3 record and expect another 27 games to go. It’s not a bad start, but the girls have a long way to go to live up to the winning ways of previous Mounties teams.

With Crichlow’s experience and the attitude of each team member, this year is shaping out to be an exciting one. “I think they’ve changed that mindset. Let’s get to work.” Crichlow said about the team. Facing back-to-back losses by only two points in their last two games, there is sure to be some determination behind the squad to turn things around. A focus is sure to be on keeping an injury free team as well, as keeping a healthy squad down the stretch will be mandatory with the caliber of teams the Mounties will face.

This Mounties team takes a calculated approach to the game. Offensively, the team focuses on taking the shot that best suits the shooters skill set. “Our offense and everything we do, puts us in a situation to take the best higher percentage shots,” Crichlow said. He stresses that the best way to perfect your shooting is shooting the appropriate shot for your skills. Even more important when it comes to the Mt. SAC women basketball program, is defense.

“Our bread and butter is defense. Anybody who knows Mt. SAC knows that we’re going to defend you.” Crichlow said. “Thats been our pillar to our program is our defense.” They look to disrupt what the other team is doing offensively in order to speed up the game and get more possession of the ball. “Thats what we are, you know, we believe every ball is ours, we believe every defensive possession we have to win, every disadvantaged defensive situation we have to win.” Crichlow said.

A huge factor in how a team does is the overall team chemistry, and this Mounties team is not forgetting to focus on that aspect of the game as well. “They are bridging gaps as teammates.” Crichlow said. “Understanding who we are, and trying to spend more time together so that they can build relationships away from the court which will aid in the relationships on the court.” So they may have lost a few games, but there is no counting this Mounties team out just yet.

“If we can be a better team to each other, we’d be better overall, and I think that’ll happen with time.” Crichlow said. Those words seem to echo the philosophies of some of the great NBA coaches like Phil Jackson or George Karl. There is no doubt that Crichlow can lead the team to victory as he enters the 2018-2019 season with 248 wins and 24 losses, 0.912 winning percentage, as the Mounties head coach.

The Mounties have already been focused on using their time off to working on their weaknesses. “Let’s figure this out before we even get to another team.” Crichlow said. “So hopefully it works.” With a solid core group of girls and a full season ahead, there is sure to be months of excitement to come from the Mt. SAC women’s basketball team.